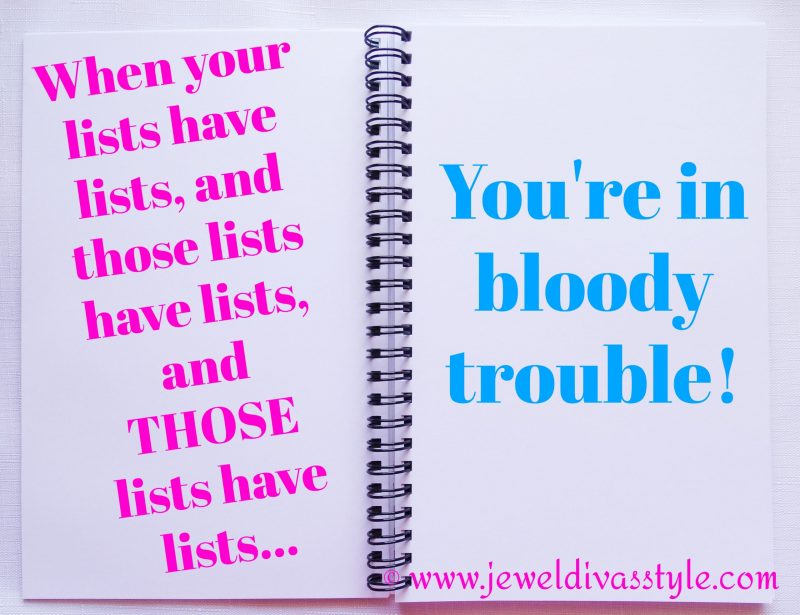 Back in November 2020 I already had a list of things I needed to do across December and January. I posted it on social on the 11th of November. You can see it below. 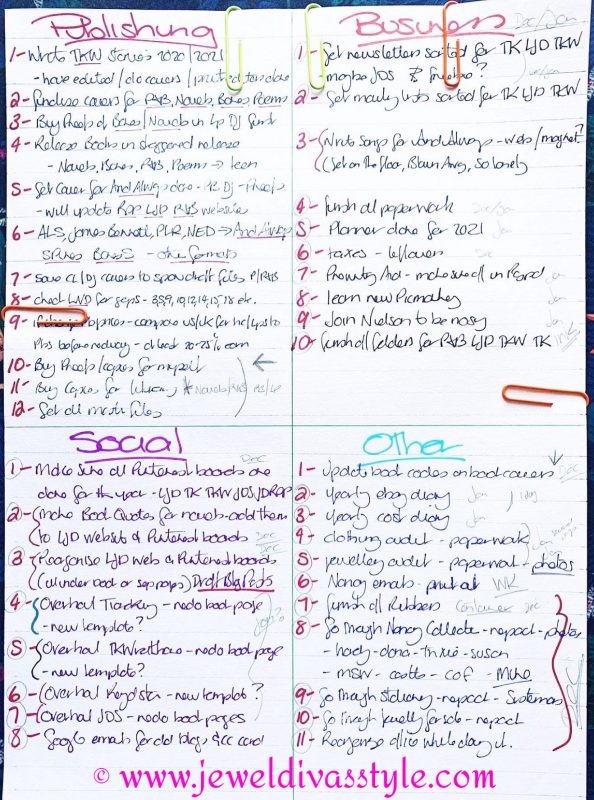 Two months later, on the 11th of January, I posted an update of that list, and then did a few more things on it and you can see that picture below. 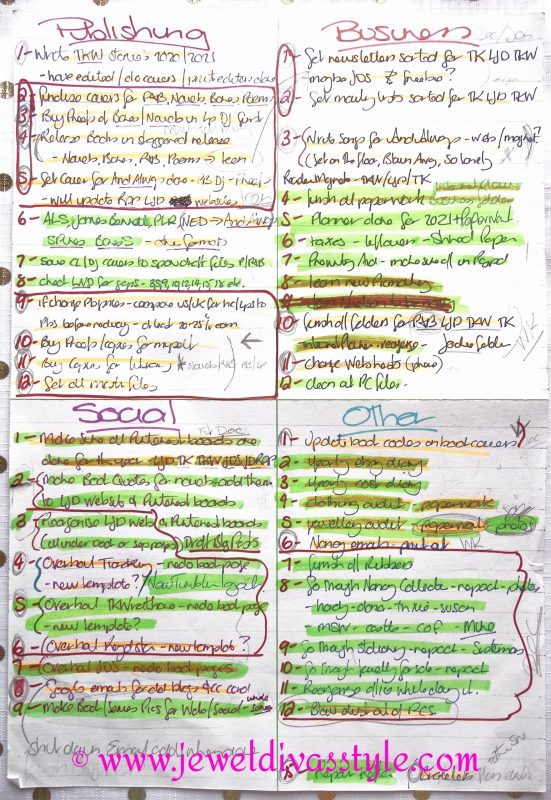 So, come January, with that original list covered in orange and green, I realised I needed to tighten it up a little so it wasn’t so messy. And so I made another list just of the things I hadn’t yet done. You can see that one below with a few things crossed off and others covered in pencil. That’s because they’re also on the next set of lists…which is why I’ve now ripped up and thrown these two lists out, so I don’t have duplicates to confuse me. Say hello and goodbye to these two lists… 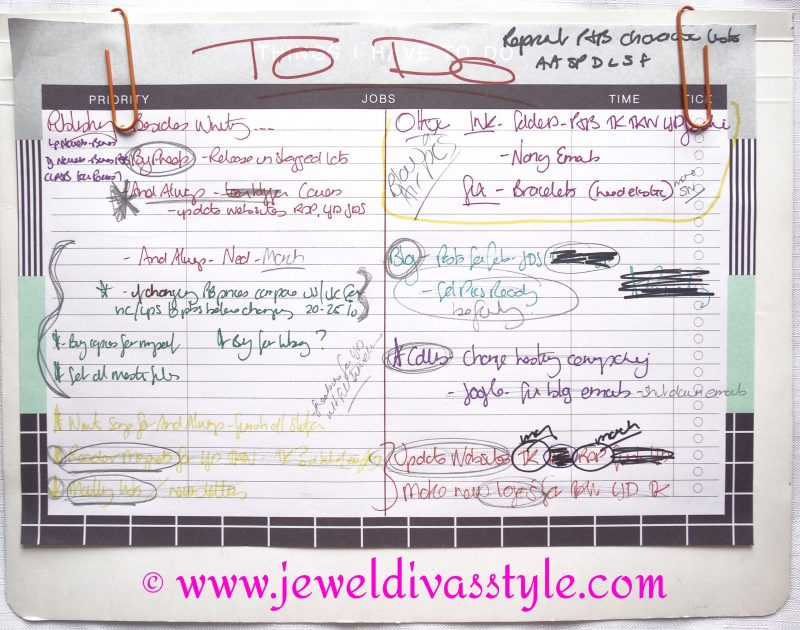 Lists like these I’ve made every year for some time now. I make one big list for the whole year and then narrow each thing down to the month it will be achieved in, or needs to be done in or by. That leaves me with twelve lists in my diary.

Except this year, I wanted something better than that and narrowed it down further.

Many a year ago, 2015/2016 to be exact (from vague memory, anyway), I used to make quarterly lists of things that needed doing across all three author names. It was so simple, so easy, and hung on my bookcase next to my desk.

I did it for a couple of years and then stopped. Mainly because I changed my bookcases and could no longer hang the list on it. You can see an example of a 2016 quarter year list below. 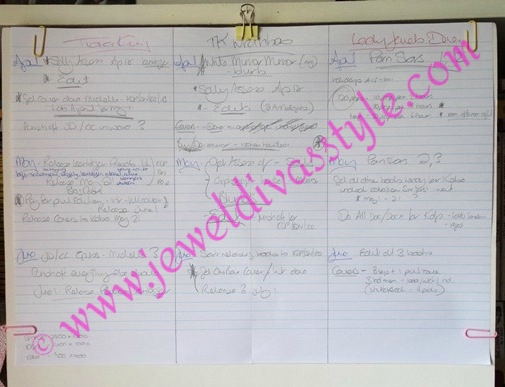 So, I’ve gone back to that style of list making and started here with this one… 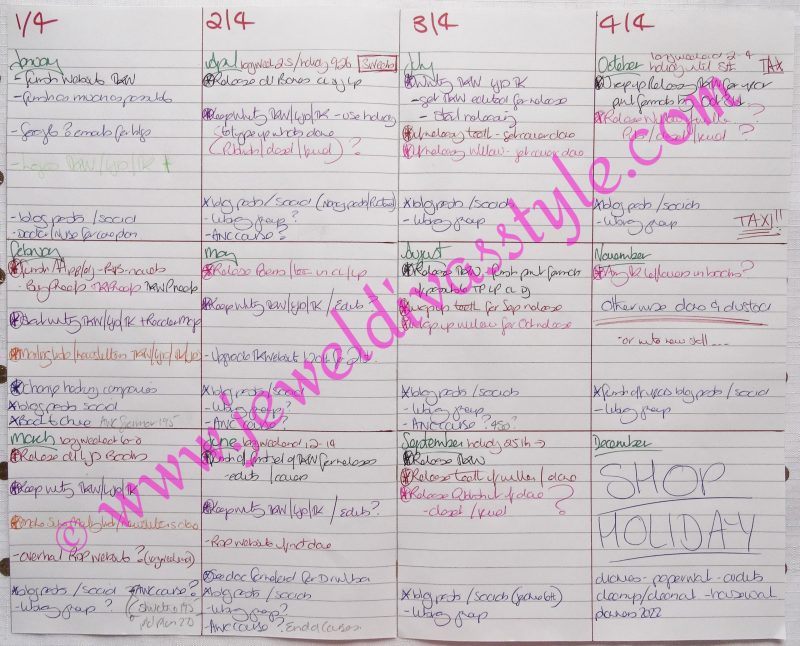 A full year list of things to do, cut into quarters, and then broken down into monthly tasks. Considering everything I want to achieve this year I think it’s going to be useful.

To make things even easier, I then wrote it out in quarter blocks, like the old days, so I can concentrate on three months at a time, as seen below. I’ll show you the first half of the year for now and then I can use it again to do the half yearly update and show off the next set of lists. 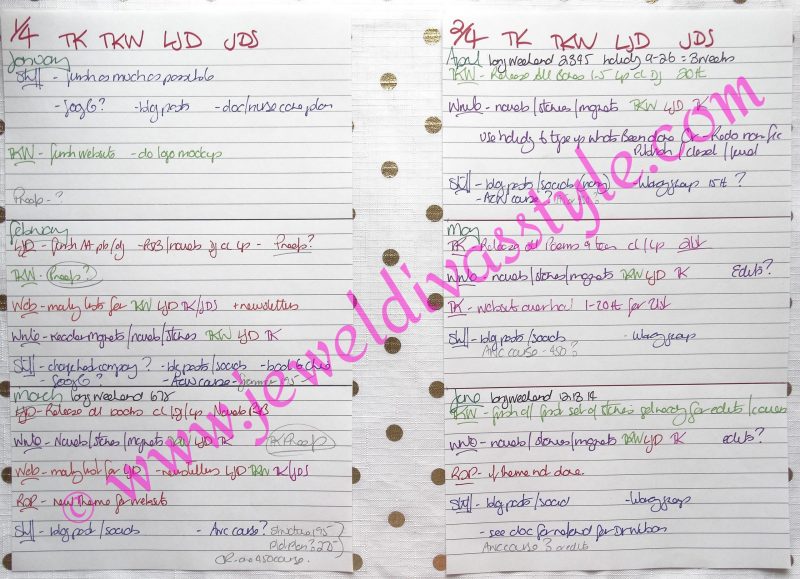 And as we know, things are so much simpler, and easier, to achieve when cut down to quarter, monthly, or even weekly tasks because it’s not overwhelming for your brain when it comes to concentrating on the task at hand instead of worrying about six to eight months’ time. I also have a small list of leftovers that will be done as I go, which I’ll probably add to this to cut down even more. Now it’s just a matter or finding the right spot to put the list in so I can see it daily before I start work.

So, there you have it, a look at my physical lists. Have you guys written out lists like this?