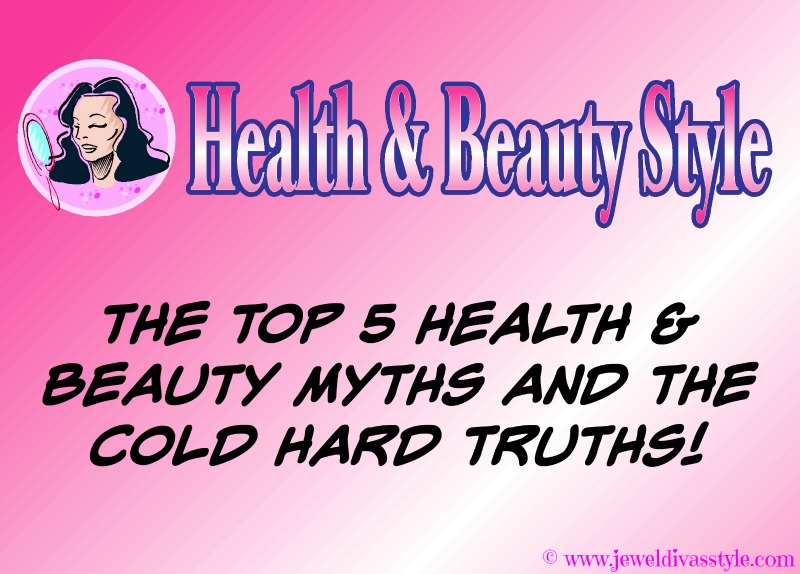 MYTH #1: You need two litres of water a day for hydration and to clear your skin

TRUTH #1: Dermatologists have proven that drinking two litres of water a day does not hydrate the skin. But what water can do is make you sick or kill you.

One dermatologist took a set of female twins and had one drink two litres of water every day on top of her normal fluids, and the other one continued what she was doing. At the end of the fortnight trial there was absolutely no difference between the skin of the twin who drank the extra two litres and the twin who didn’t.

What other doctors have proven is that if you drink too much water you’ll get water poisoning because the water flushes your body of vitamins and minerals, depleting it of nutrients. Many people have died from water poisoning, many being those who have taken ice and other drugs, became thirsty, and then drank themselves to death.

There was also a radio comp that had the contestants drink as much water as they could for tickets or some prize, and the female contestant ended up in hospital and died from too much water.

As long as you have two litres of FLUID in general a day, from your orange juice in the morning to your coffees, soft drinks, tea, fruits and veggies, it all adds up in the fluid stakes.

MYTH #2: You need an Eye Cream

TRUTH #2: We are covered in the same skin on every inch of our bodies, on some parts it’s thicker, on others it’s thinner, on some it’s dry, on others it’s wet, but not one dermatologist will tell you you need different creams for each section of your body.

I once saw a dermatologist on tv say that the only cream you need for your whole body is Lanolin. And as for your eye area, yes, the skin is thinner, because yes, that’s the way it is. It thins with age, like our jowls and boobs sag with age from lack of collagen.

There is no eye cream that will stop your skin thinning. As the dermatologist said, just apply extra of your normal face cream, you do not need a special product just for that area.

Just like you don’t need a morning cream and a night cream, or serums, or anything else they want to flog.

The amount of stories on current affairs shows where I’ve seen experts and doctors all say that expensive products are no better than inexpensive products, and that all you need is a simple cleanser and moisturiser, nothing else, are on every few months. You don’t need to spend a lot of money nor buy a lot of creams to get the same results.

TRUTH #3: Food DOES NOT cause pimples

Dermatologists have said time and time again that what you eat does not cause pimples, but so called beauty experts don’t believe it and claim otherwise. What causes pimple are your hormones, which is why teenagers, pregnant or menopausal women, or people on pills get them, it’s because their hormones are nuts. So you don’t need to worry about that chocolate bar causing the pimple you got the next day. It isn’t the cause.

The other factors are stress and oil. These two things do not cause pimples but are the two main aggravators on the outside that make them stick around longer.

Stress, such as being in hospital having procedures, speeds up the process, makes you overproduce oil, and makes those suckers pop up overnight. I’ve been there and had those.

And the oilier your skin is the longer the pimple stays. The quick and easy solution is to use a product that helps control the oil. I have combination skin and have used an avocado and oatmeal face mask. It’s particularly good in summer. If you’re quite oily you should be able to use it every day just on your T-Zone. If you can’t do it in the morning do it after you clean and tone at night. Also, don’t use moisturiser on your oily parts as that will keep oil on the skin when you don’t want it.

I have found that my skin has changed through the decades. Nearing 40 meant my oil production slowed down somewhat and I have changed my beauty products to Olay. The moisturisers aren’t as oily as others I’ve tried and I’ve found wiping my face with toner around lunchtime (if I’m home and not wearing make up) also helps if I’m having breakouts. Yep, I still have pimples at 41!

Also, food does not cause or reduce oil. Some suggest a low carb diet, or cutting out dairy. It doesn’t work; at least none of it did with me. Your body produces the amount it wants and no matter what you eat or drink, like two litres of water, it’s going to do it regardless, but a good cleansing routine will help from the outside.

Oh, and make-up doesn’t cause pimples either!

TRUTH #4: It’s actually the other way around.

If you Google fast and slow metabolism you will find that it’s actually the opposite of what those damn diet companies have been saying. And I’m going to believe a doctor over a diet company wanting to make money.

What actually happens is that metabolism feeds off fat, so, if you’re skinny, it has no fat to feed off and hence slows down. If you have some meat and fat on your bones or are overweight, then your metabolism speeds up.

In very few cases, like with some medical conditions, the metabolism can speed up in skinny people or slow down in overweight people, but it’s few and far between and not enough to use as an excuse.

So the next time some skinny chick says she has a high metabolism, pull her up on it and point her to Google, because it’s just not true.

I am really sick and tired of supposed nutritionists and dieticians telling people who can’t exercise to eat more carbs.

We all know that an overload of carbs is not healthy and that the population is obese because of it and it’s not just sugar on its own that’s to blame. There are sugars in bread and potatoes, hence if you live on McDonalds or Hungry Jacks/Burger King, you’re going to pack it on unless you’re so highly active you’re burning it off.

It’s not just the sugary soft drink, it’s lollies, and junky cereal and the fact many of us just simply cannot digest carbs well.

As someone who has been aware of low carb diets since 1997, I know full well what my body can and cannot deal with. A high dose of sugary junk makes me sick. Big bowls of pasta or lots of bread makes me feel fat, bloated and tired, which is what carbs have been proven to do. Some say it shows the carb is making you eat less, but if bloating my gut is what carbs are doing, then no bloody thanks.

I’ve lived on diet cordial and soft drinks, eat mostly protein, and try and limit my carbs. The last ten or so years the weight has crept back on, and while I have become less active due to running my business and being a carer, it’s also because I got sick of not eating the carbs I wanted.

Thankfully, I’m not interested in those carbs as much anymore. We changed our chocolate habits to Lindt with its 70% cocoa and share small bags of snakes if we feel like lollies. Potato chips are eaten on a rare occasion, and the rest just does not interest me.

So for people to constantly say carbs don’t make you fat, that is a lie. To say you will lose weight by eating more carbs is a lie. Unless you’re an athlete.

It will be the few on high doses of exercise, like athletes, who can get away with eating so much. I’d burn through it too if I exercised for eight hours a day. And the funny thing is, when our Olympic athletes all retire they keep eating the same way and get fat, bahahaha, goes to show carbs are not good for average people.

So there’s The Top 5 Health & Beauty Myths going around today and the cold hard facts that are easily found on Goggle. It’s a pity people don’t bother checking things with real experts rather than little old so-called beauty experts because they really don’t know what they’re talking about.