Now that Spring is here in Australia (we use the beginning of the month due to the Roman calendar apparently, while other countries use the 21st of the month as the official date due to the solstices and equinoxes), stores have once again been throwing out bargains. Because we tend to follow American trends, when it’s winter we get summer clothes in store, when it’s summer we start getting winter clothes, and it has been this way for decades, ridiculously so, but times are slowly changing where the clothes come in a little bit later every year. Summer clothes hit the shops back in August or so but tops are available all year round.

It’s funny, about ten plus years ago clothes were quite expensive in stores and as eBay and other stores emerged, especially online, we could buy cheaper on the internet than in store. With the GFC a few years back that trend reversed. I have found that prices, especially for shipping, on eBay has gone up quite a lot, while here in stores the prices have been dropped dramatically. Many retailers realised they could deal with the manufacturers themselves, as Kmart has done, and could then on-sell at a lower price to customers. They also did this to compete with online stores because we were all buying online.

I was also buying a tonne in op shops because they were also cheaper, but alas, their prices have gone up and where I could buy a good looking second-hand top for $5 in the op shop, I can now buy a brand new one for the same $5 in store. My, how times have changed.

Below left: Kmart $8 with pearly sequins on the white stripes | Below right: Millers $18 with small silver studs and stones.

Both of these were on sale and our Kmart can keep their prices down because they run their own manufacturing plants in Bangladesh and China so they have no wholesalers to deal with. 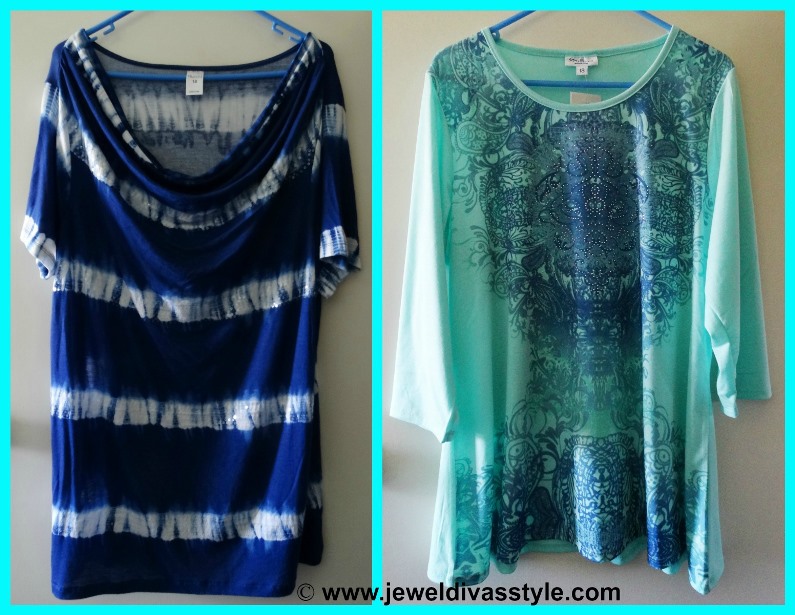 Both of these are from a small boutique called Lesley’s and they’re not only new to my shopping centre but they’re always marking things down. And they cater for larger people as well. 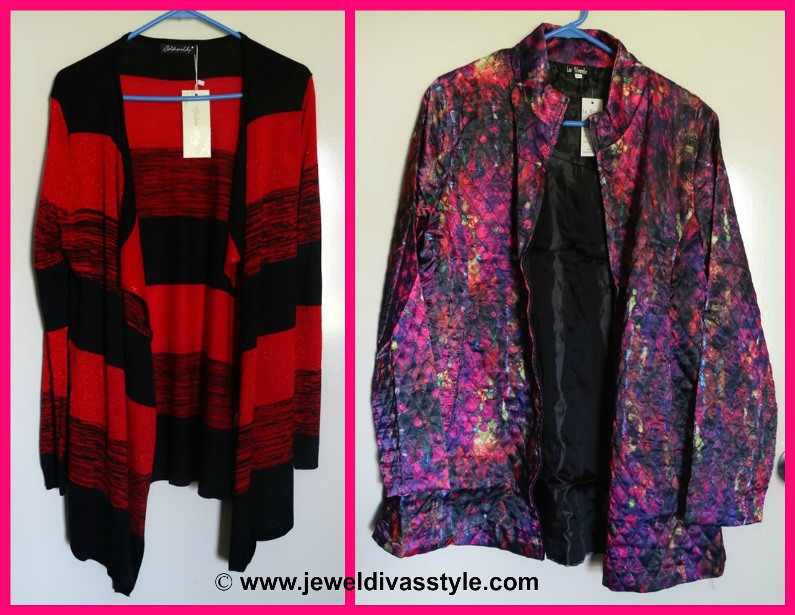 Below left: black and white cardigan for $12. Right: Retro/Channel style sparkly crop jacket for $20, both from Millers. 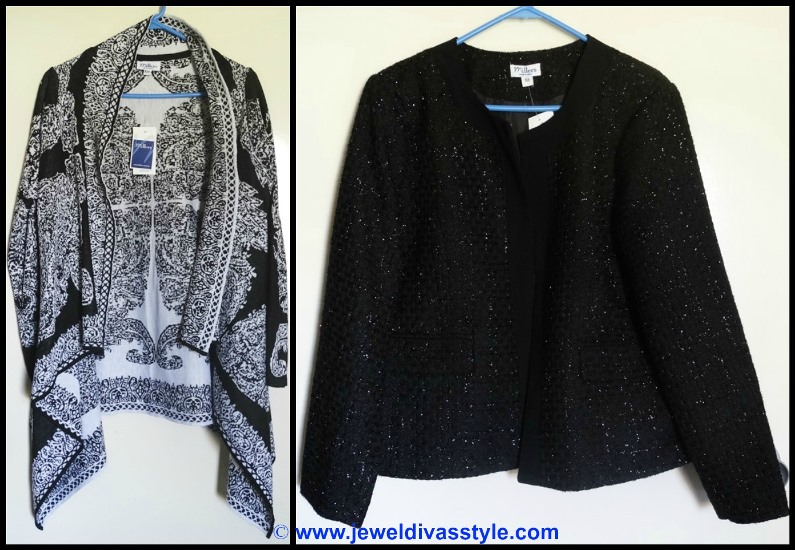 Both of these tops are from Millers, both on sale. Left was $18, right was $10. I’m a member so I get extra bargains. 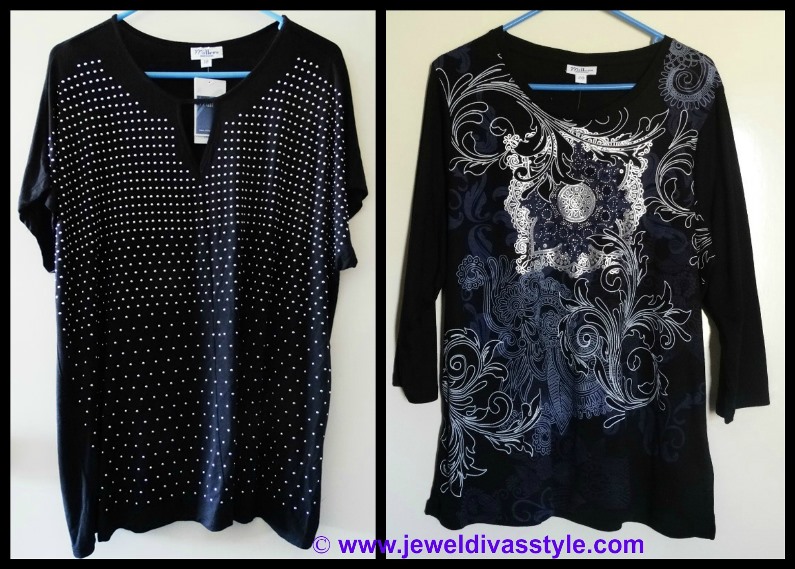 I finally found a pair of summer pants, $18 from Millers of course, and they are lightweight and cool on a warm day. I’d been looking for a pair since last year and finally found a black pair that was plain enough to wear with anything. Although I doubt snake print would be considered as plain. 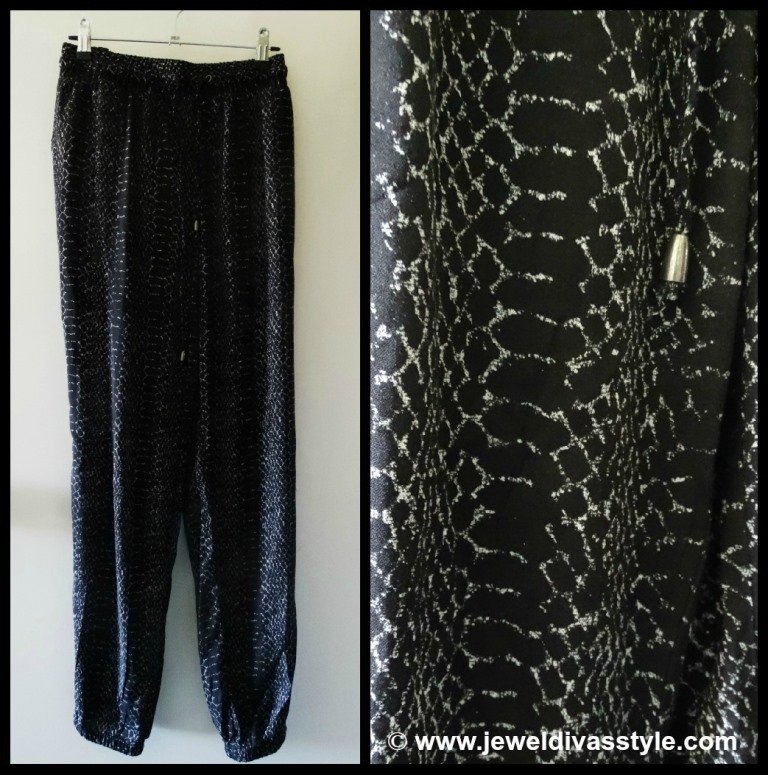 I also bought this tunic for $15, and if it looks familiar…. 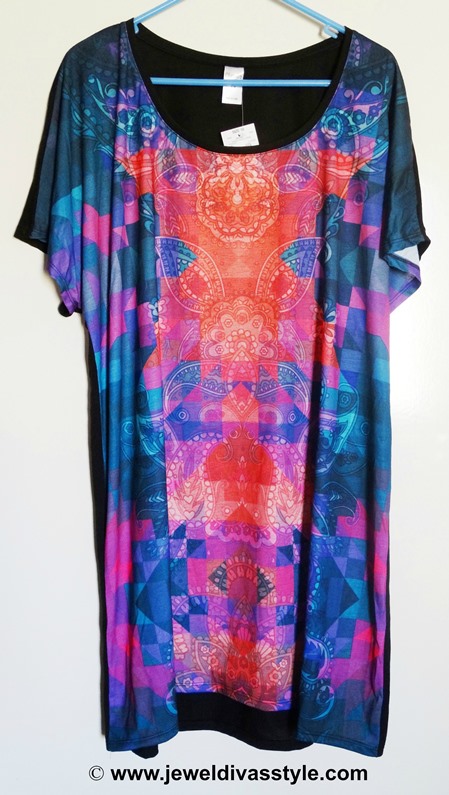 It’s because I have two more which I’ve shown in previous posts. Both of those were only $8 each on sale and all of these are from Kmart. Bargain City! 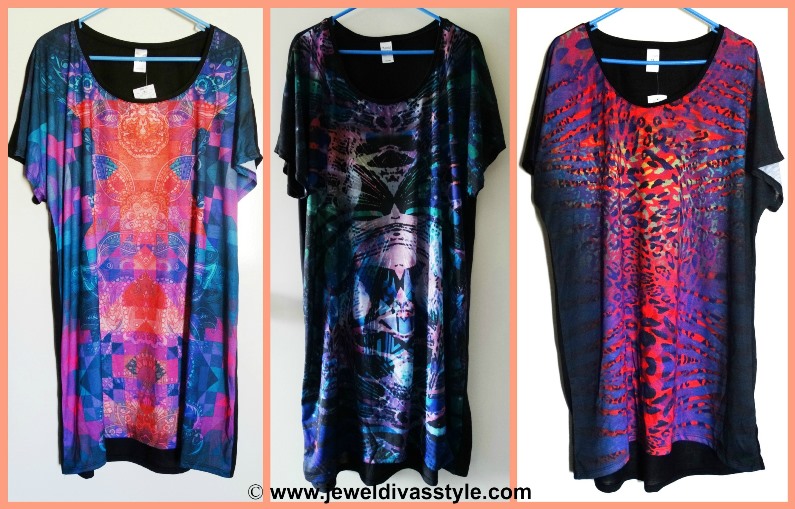 Have you guys been stocking up on end of season bargains? Stores here in Aus seem to be on sale all year round, constantly churning out new designs so old ones get dropped in price and jewellery is also cheaper in store than from eBay these days as well.