Well it’s been a year of fabulous t-shirts and op shop finds, along with Millers bargains. Let’s get into what I’ve bought in the last few months.

Top left: op shop $5 originally from Millers. It’s a top with jacket stitched on the front. Top right: $29.70 eBay, this kimono is gorgeous on every level. 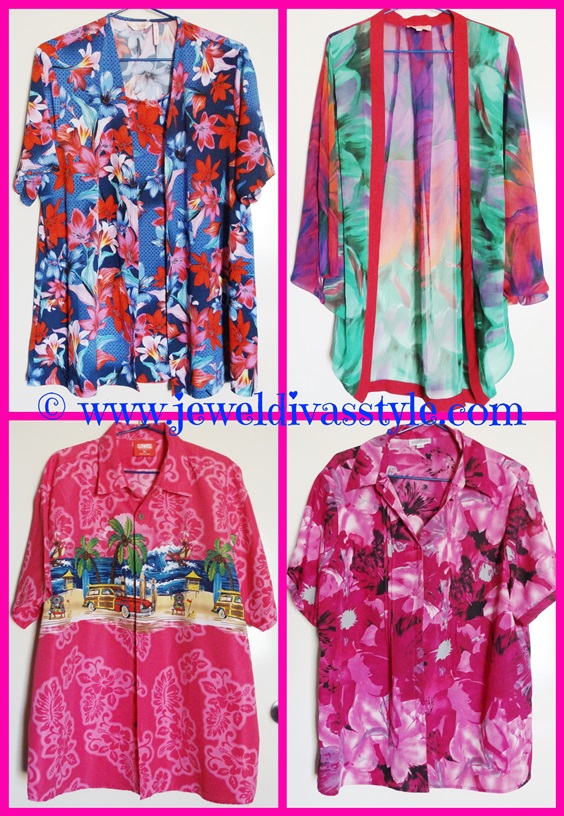 Both top: Millers for $21 each. The navy is a peacock inspired with crystals. The multi is Parisian letters.

Bottom left: Kmart $12. M.I.C.K.E.Y. Bottom right: op shop $6 originally from Millers. These pants are 3/4 and will be great for summer around the house. 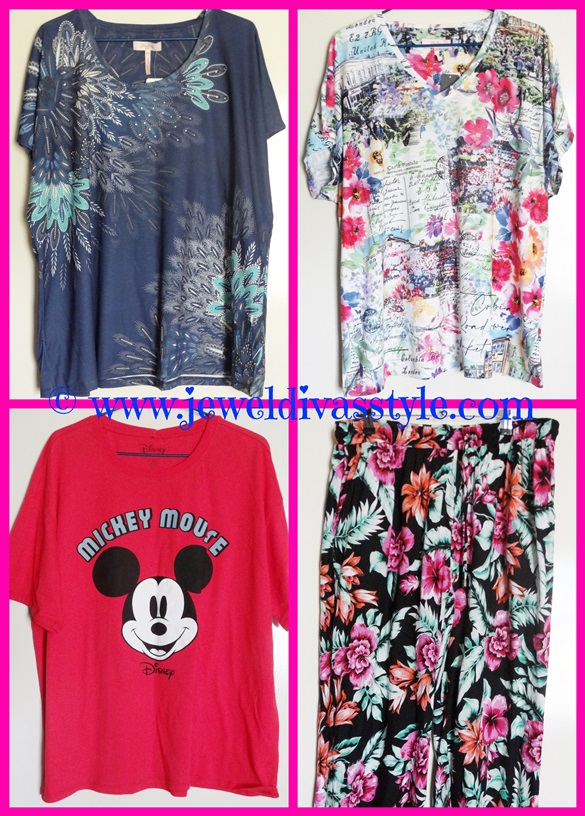 As much as I hate black Christmas tops, because black is just not christmassy, I could not go past this let it glow reindeer top. Along with the red Christmas top, both were $12 each from Best & Less.

Bottom: both men’s t-shirts from Best & Less for $6 each. 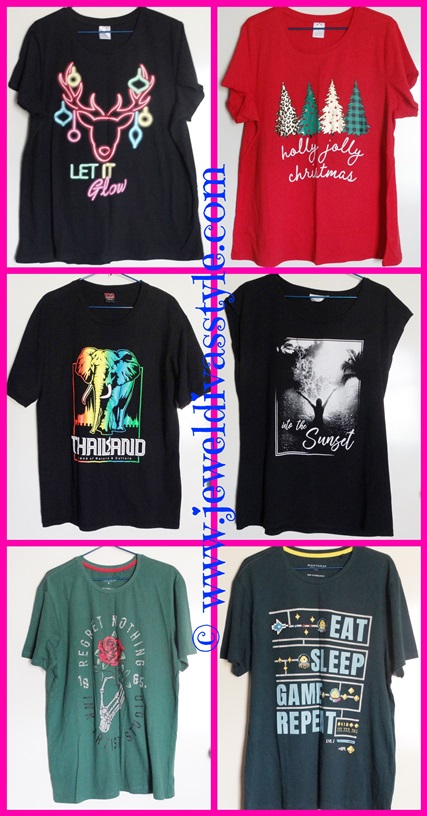 Now we get back into this year’s t-shirt addiction. I bought more after the last lot. Not sure what the hell I’m going to do with them all.

The next four were $26.67 each from Red Bubble. And yeah, I think I might wear the shit out Wonka! 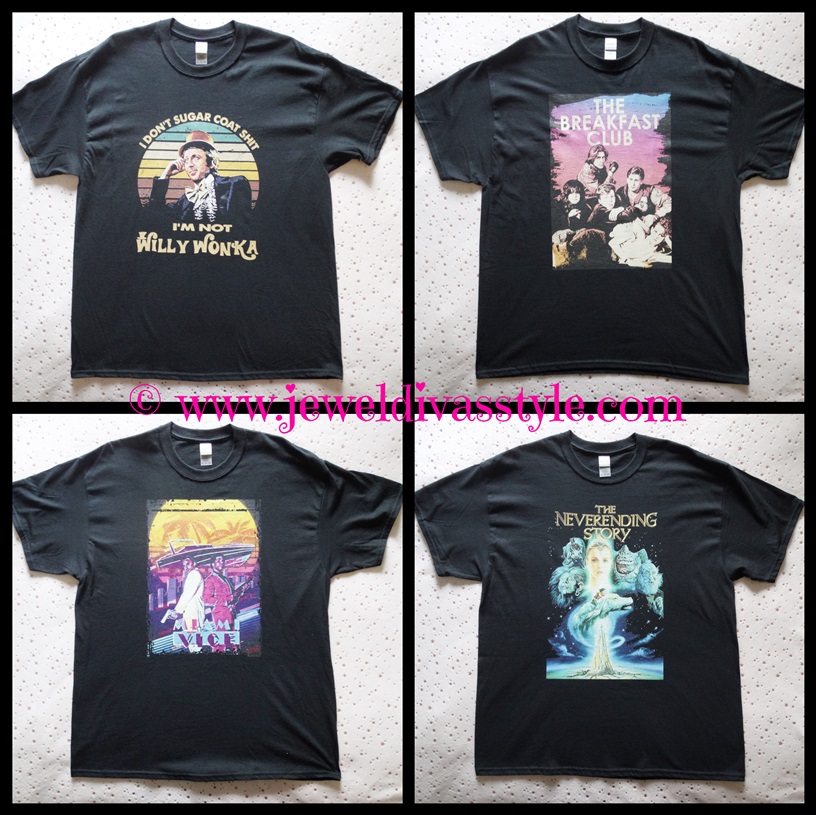 The top two were also $26.67 each. LOVE Men in Tights! Haven’t seen Edward Scissorhands since the 80s, though. Or the Lost Boys, although it has been on recently. 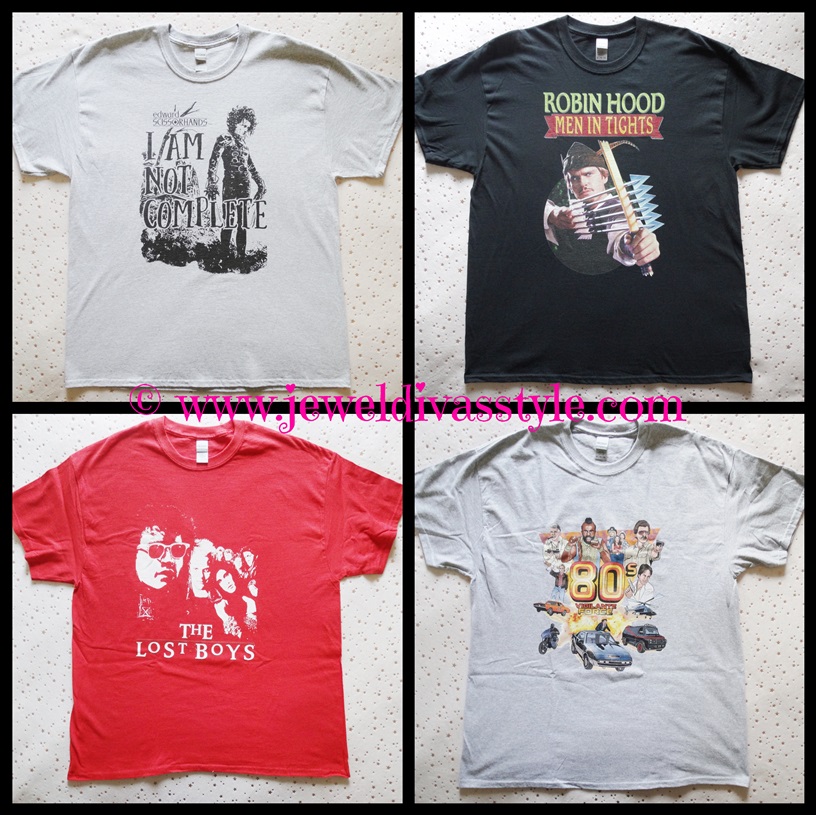 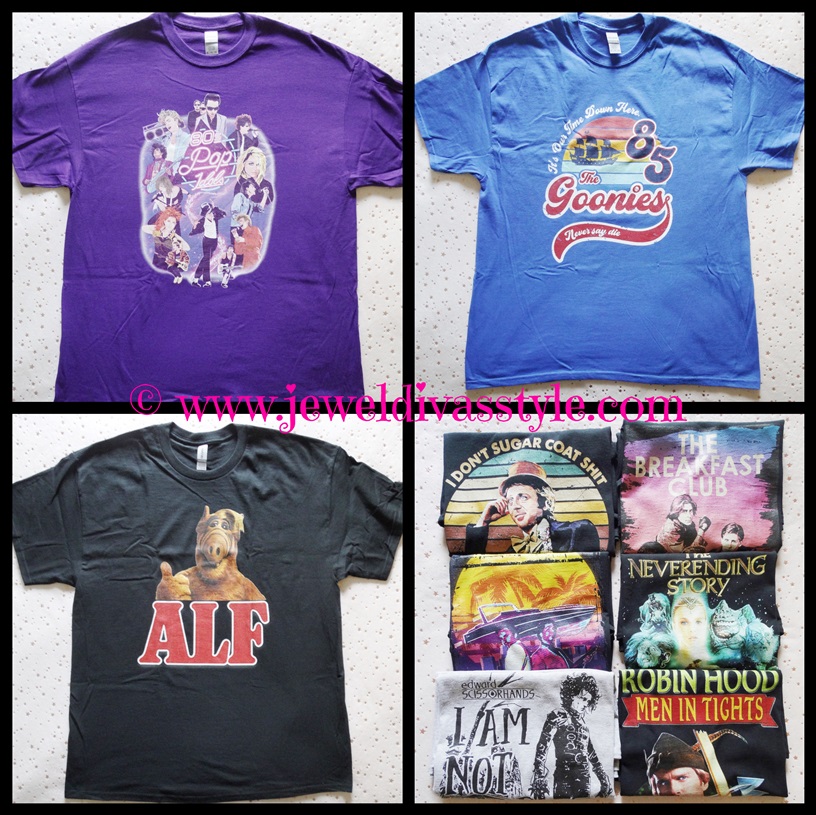 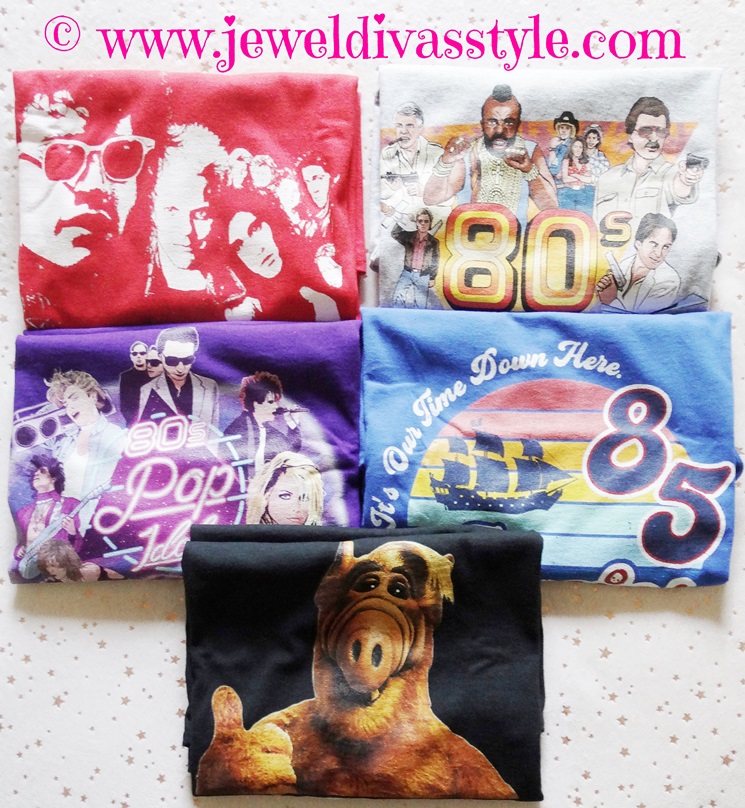 And this was the last batch for 2022 and probably forever, as I now have way too many t-shirts. At $21.68 each, they were on sale and cheap.

Mars Attacks, Scarlett and Rhett, The Electric Mayhem and Animal. Plus a purple Jem and the Holograms. 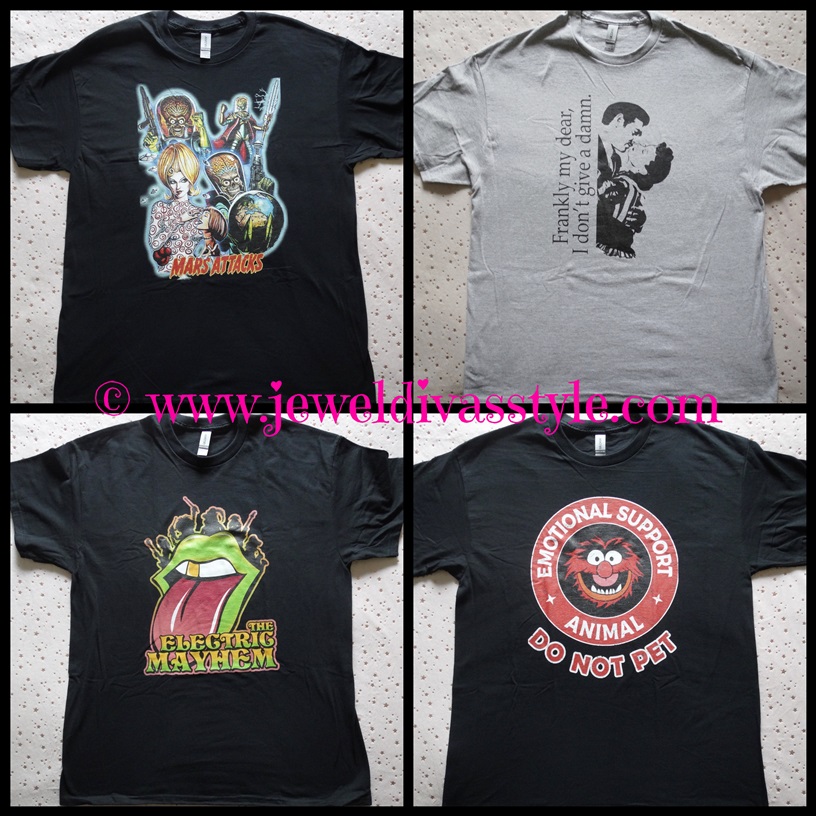 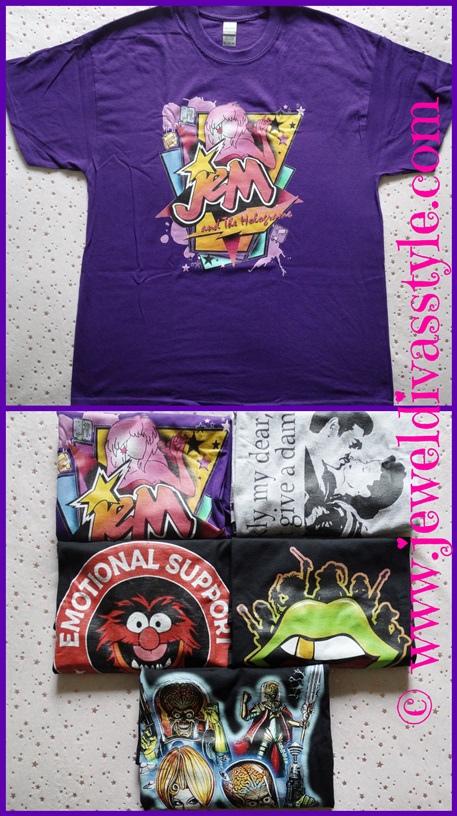 I have way too many t-shirts now, and the wardrobe is overflowing. I’ll definitely be culling over the holidays and re-organising everything.