We all know the planner obsession I had this time last year. Happy Planners, Recollections, Websters, Kikki K’s, well I’d had my eye on this next one for a while. But I was never quite sure about buying it…

I finally bit the bullet over Christmas and bought this very sparkly and glittery Heidi Swapp pink glitter planner.

Plain white on the inside, which is the bit I wasn’t sure about being so plain, but the glitter is hard to resist, especially when the majority of my planners are in the pink and blue ranges. I got it on sale for about $30AUD.

There is a large gold version, which I was tempted to buy, but I left it where it was…

Next up is this mini Kikki K blue and gold diamond imprint planner.

I bought it off Facebook without the interior diary, and added one of the matching pens I’d bought cheap from Kikki K. 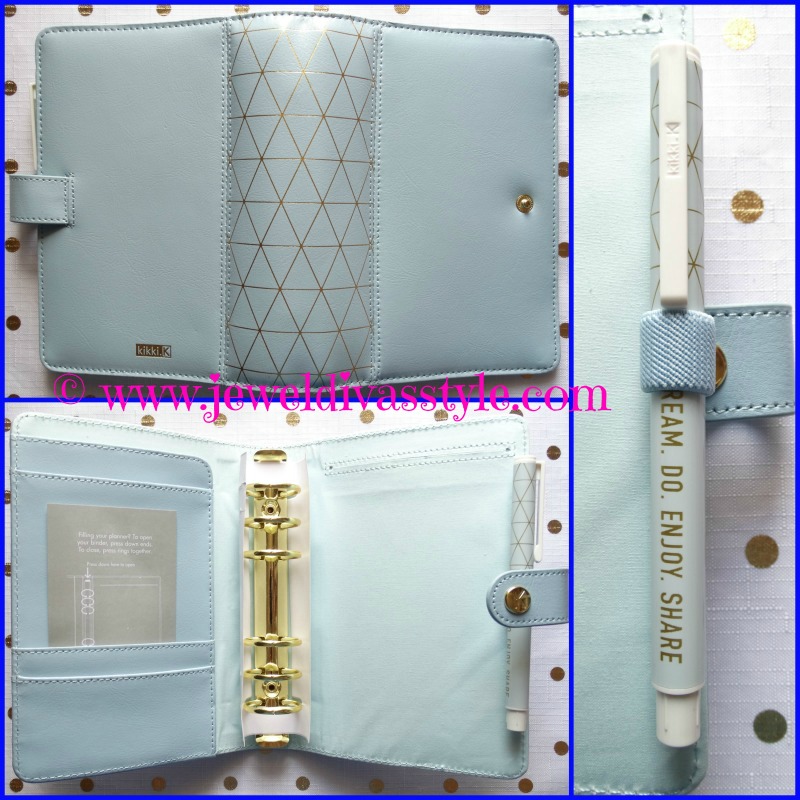 It also matches the large planner I bought last year which you can see here. See how pretty they look together… 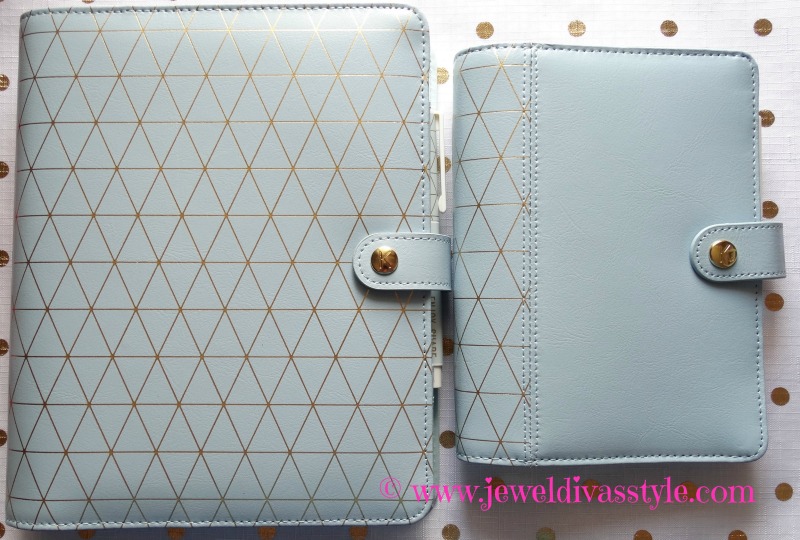 What I also found on eBay, was that Kikki K did, or does, folios.

I’ve never seen any in the last year I’ve been searching eBay for planners, so when I found two of them, in mint, for about $30 each, I bought both.

Handy for notebooks, especially my writing ones, you know that I also collect writing folios, and folios in general. I have an addiction… 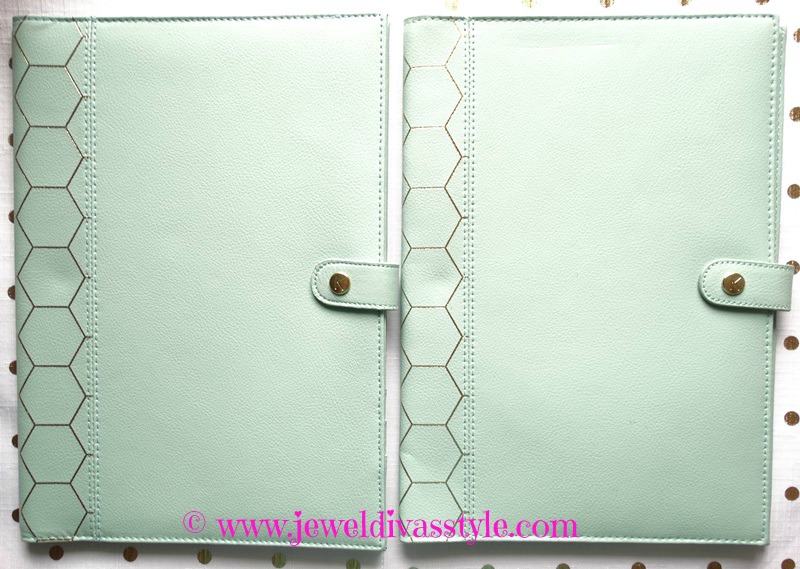 They are a minty green, although have come out blue in the pics below, but they have a pocket on the back, a clip on the front. 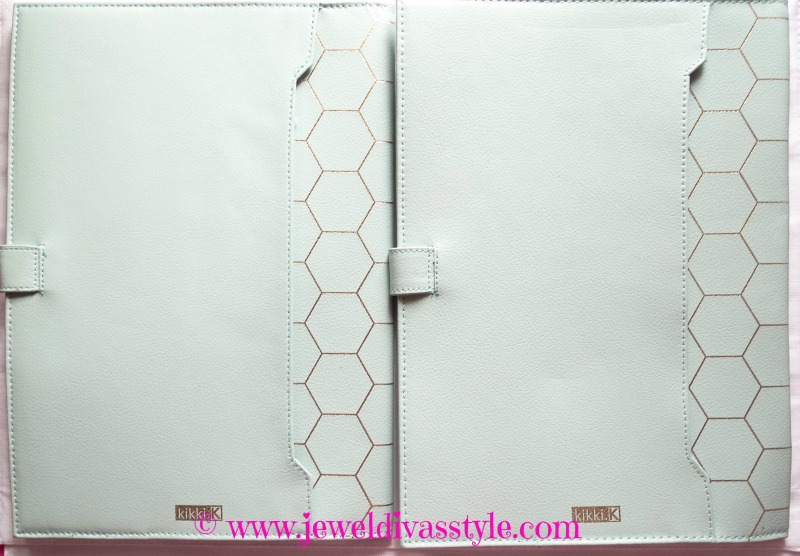 And have a navy and white polka dot interior. They do fit a thick A4 notebook or pad, or two thin ones, one either side, and have a couple of small pockets for credit cards or notes. 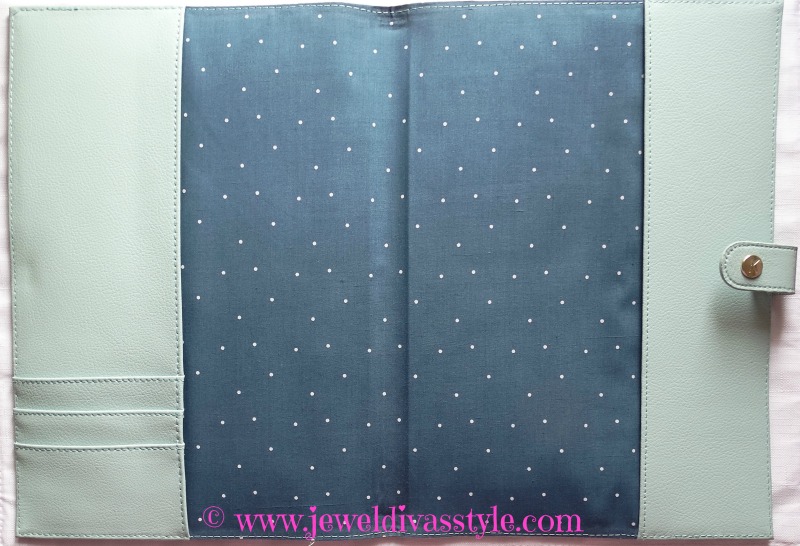 I am a folio junkie. I’m up to about twenty now, and more than that in planners. But it’s a good obsession to have…isn’t it?

I also managed to snag this Kikki K Letters are Better notebook from eBay. This collection seems to be hard to get, as most of them are. I suppose they only make so many of each product, and finding them is going to be a lottery. I’m still in need of the diary, other notepads, trinket boxes and pencil holders…oi, so much. 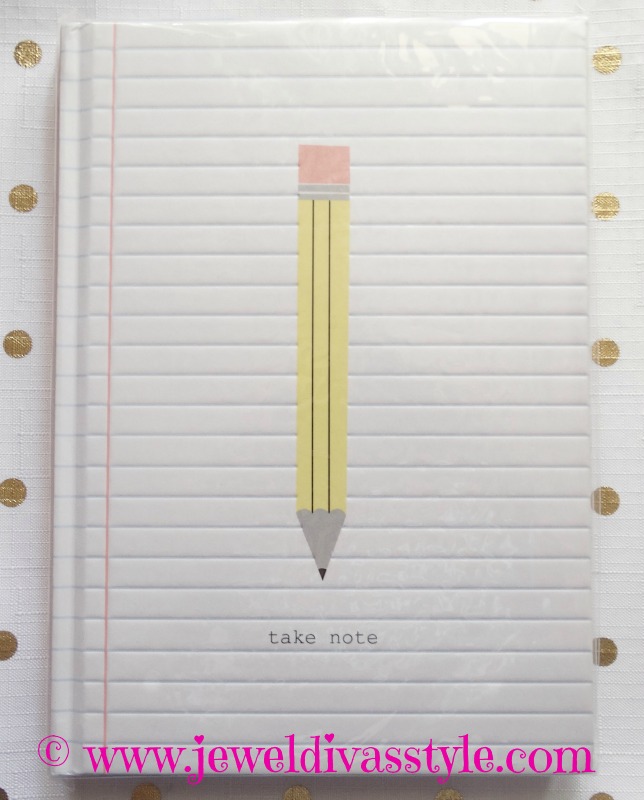 And from our local massive craft shop, I found these two “Do’s and Don’t’s” notebooks. As you can see, inside the covers is a ruler, and the “to do” list is bigger than the “don’t list. $3 each with 100 pages. 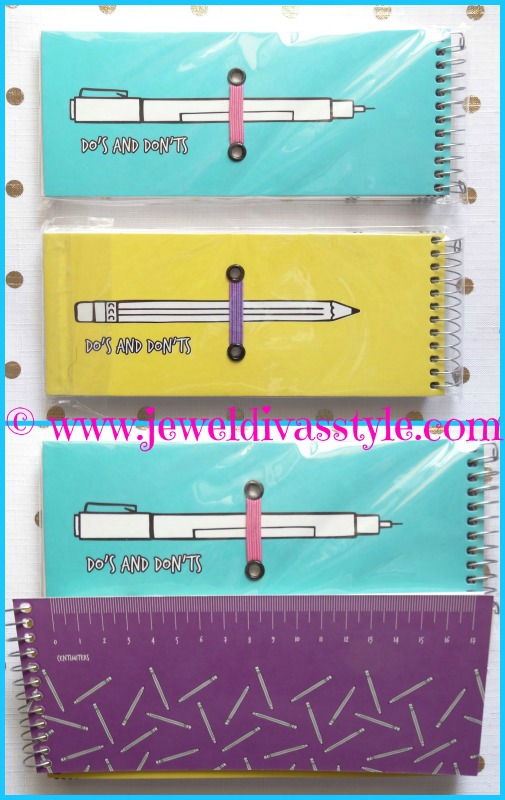 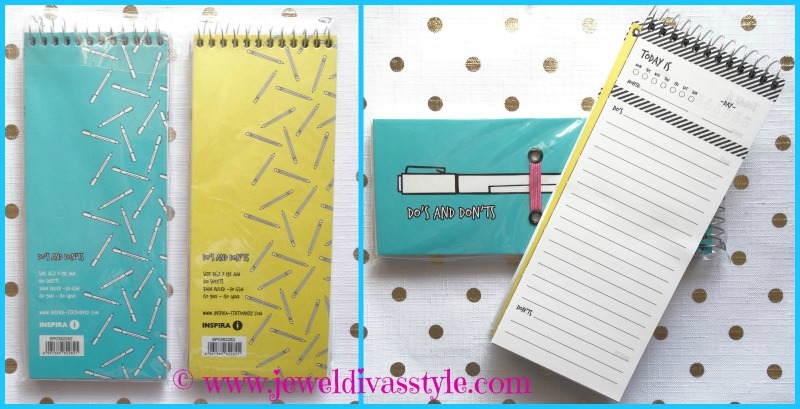