It’s been a hell of a time in the JDS household, my mother’s been in and out of the hospital twice in the last two months after three times in December. I’m tired, it’s hot and I don’t have the energy to be bothered. Just like last week when I could not be bothered dressing up in 35 degrees Celsius to run to the hospital to pick her up and then out shopping and my chiro appointment.

So the outfit was simple, snakeskin print Millers pants and silver studded top from 2014, both were $18 and Spendless Shoes sandals from 2014, $30. No jewellery except for my watch. 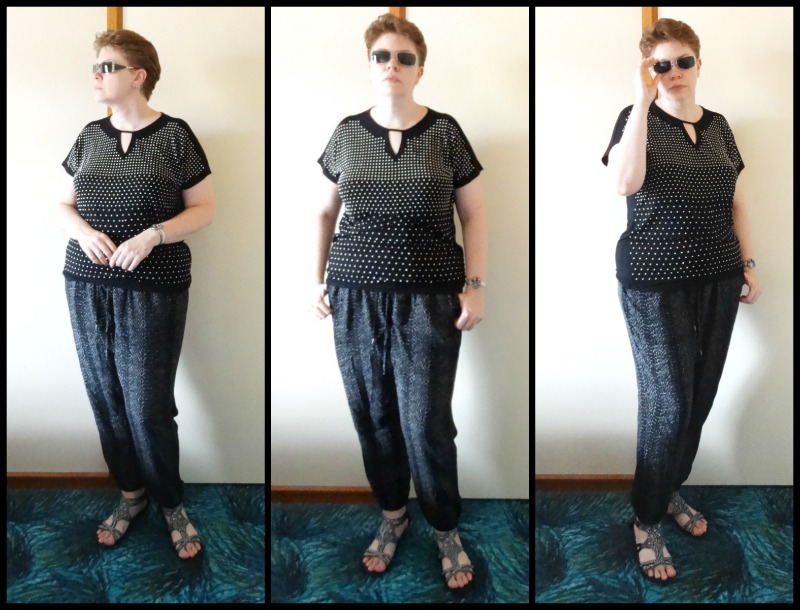 I’m exhausted inside and out. I cannot do any of this for much longer and I have no idea if or when it will stop. My schedule has been stuffed since December so all of the things I wanted to do has not been done, and I may have to leave them all for next year.

There is a book coming this year though, more a young/adult short book which hopefully will be released in May. More on that over the next two months.