For all of the jewellery I own it is sad to say there are many pieces I have never worn or worn very rarely.

The three necklaces on the left I rarely wore on their own so joined them altogether into the necklace on the right. It all goes together, lollie pops, cupcakes and ice cream! 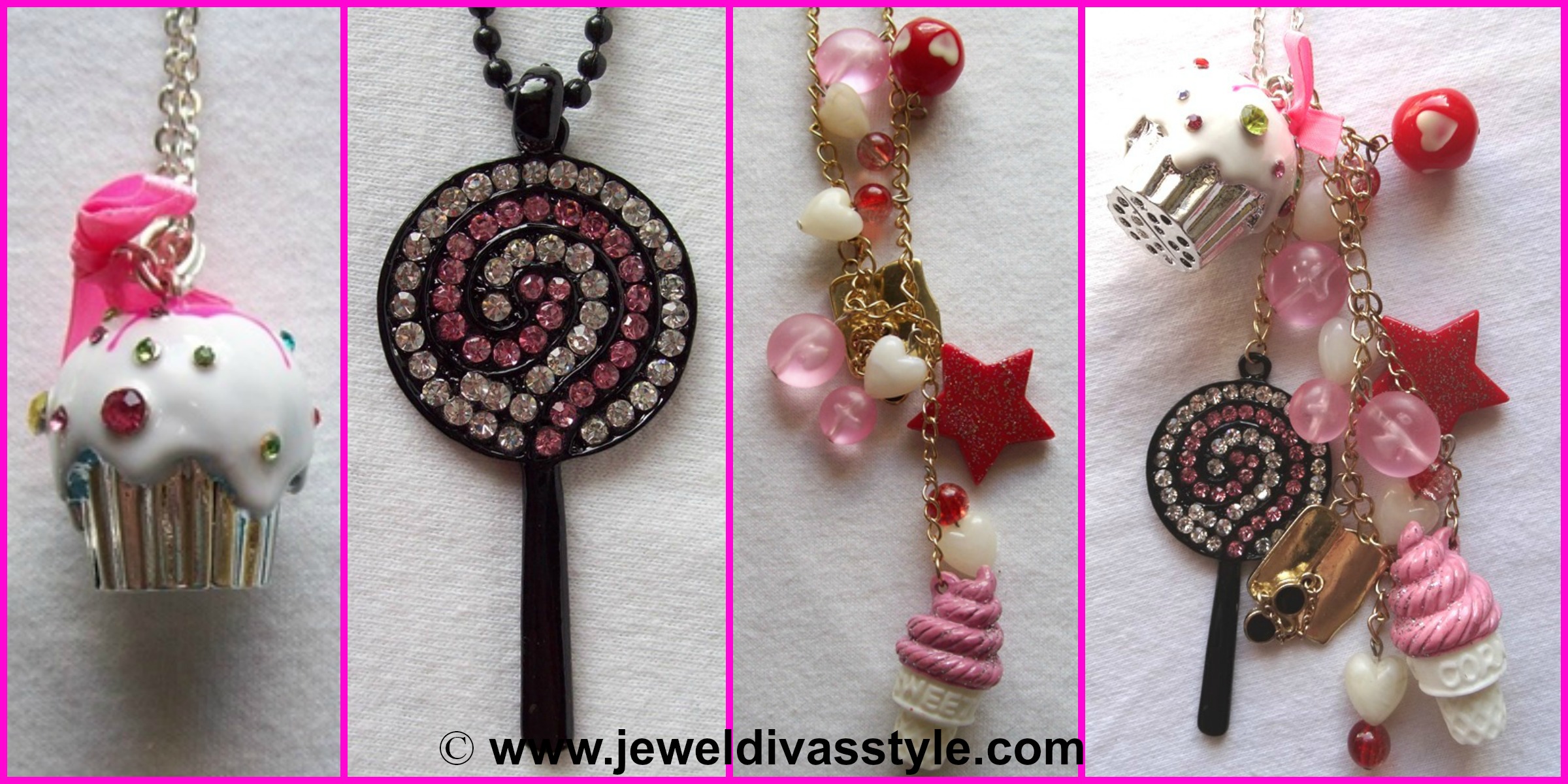 The same goes with the following necklaces. The rollerskate I had only ever worn once and the packman maybe twice. I put them altogether and made one as the theme suited each other. 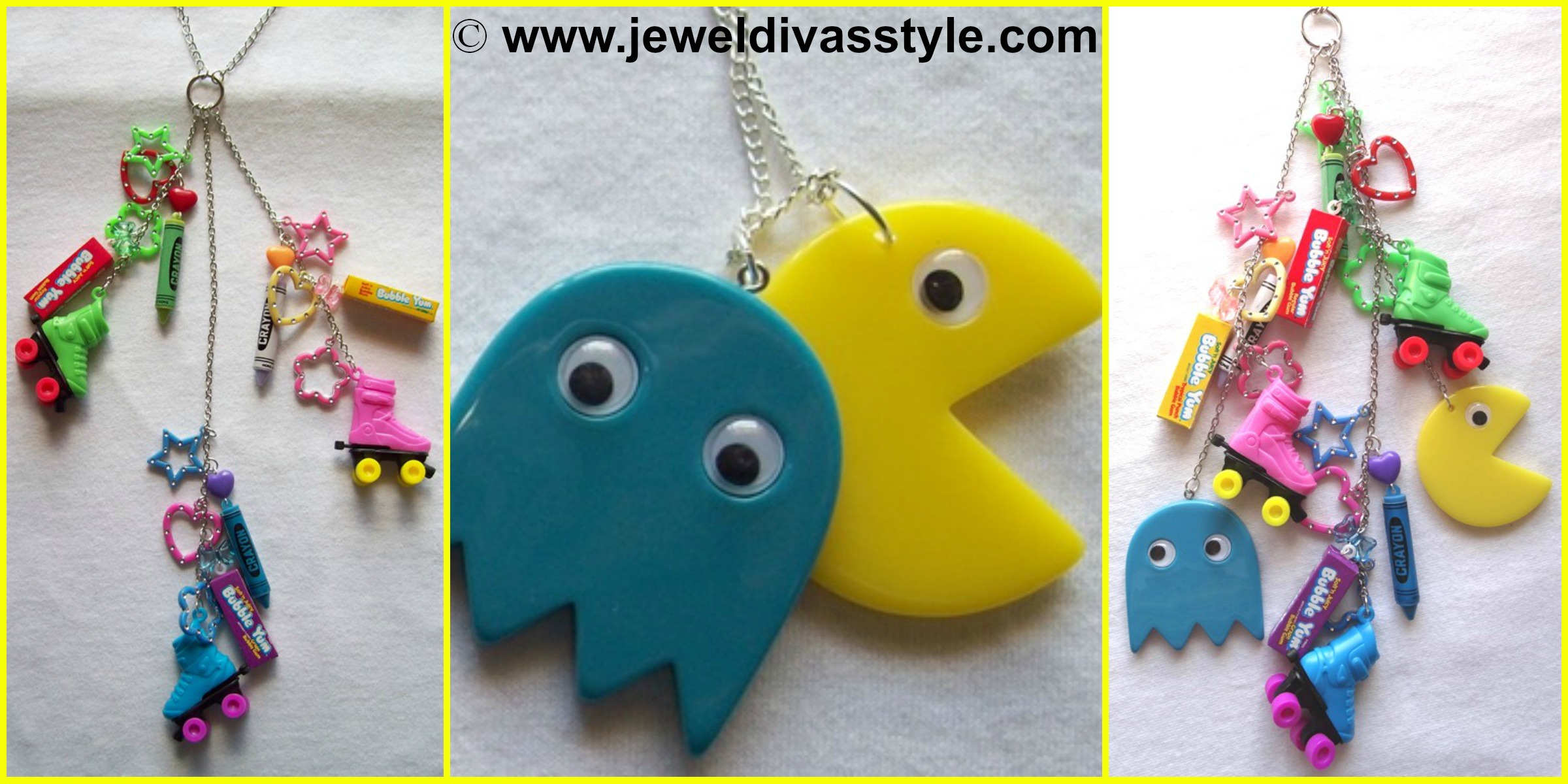 The necklace on the left consists of four necklaces. The main blue focal necklace I had never worn and the others were only a couple of times each. I think a necklace like this is better than piling on multiple necklaces which can bash against each other. It’s more of a focal point on its own.

The necklace on the right was a simple furry lion, but when I received the animal heart in the post I thought I’d throw them together as one. Turned out better than a plain old lion on his own. 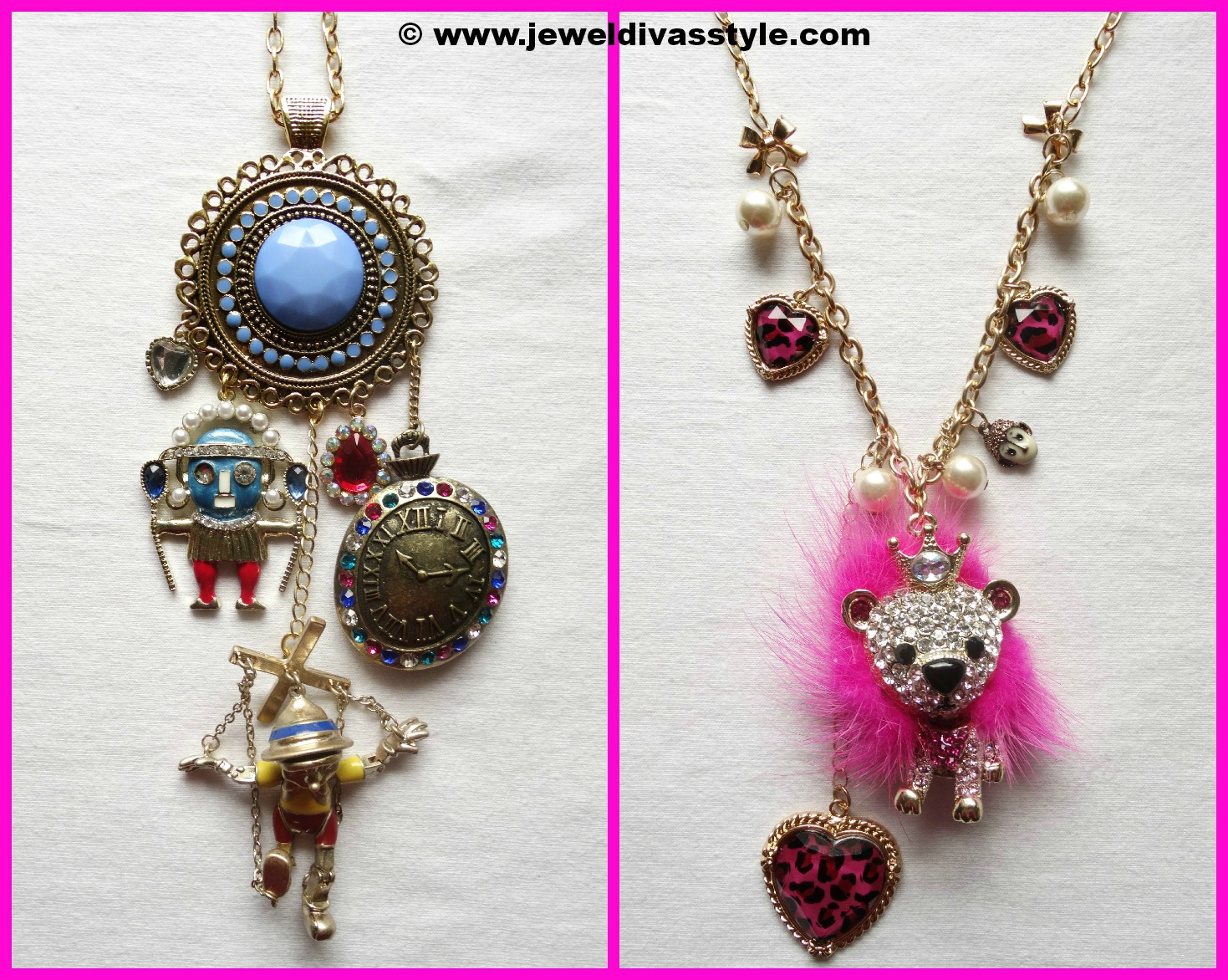 The following was five separate necklaces, many, again, I had never worn or rarely worn. Figured I’d give them a make over and turn them into a Big Girl necklace. 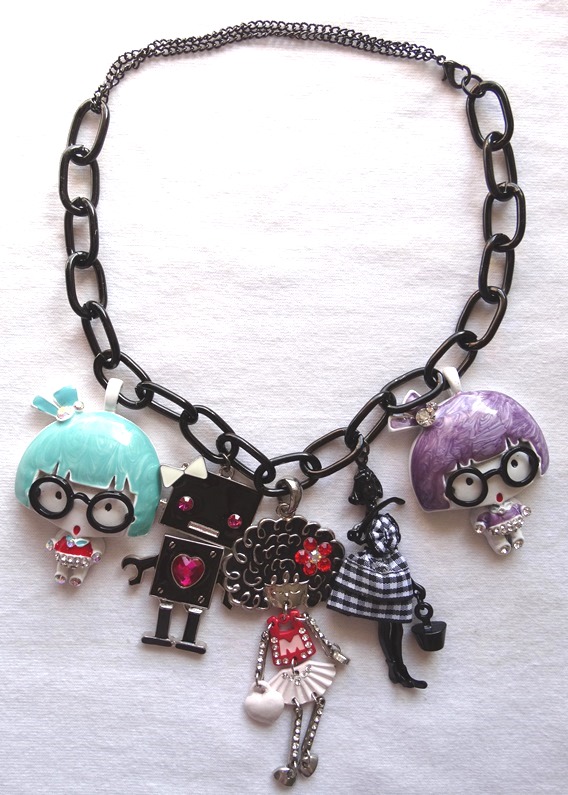 This bracelet stack I made because I’d wanted a “Believe” kind of stack for ages but could never find the sort I wanted. So I tracked down some, beads and charms and made my own.

The flowing stack I made because I wanted the colours and had seen some online but wanted to put my own spin on things. With the colour of the ocean, sky and sun in summer, this “Smooth Sailing” stack hits the right notes for summer on any continent. 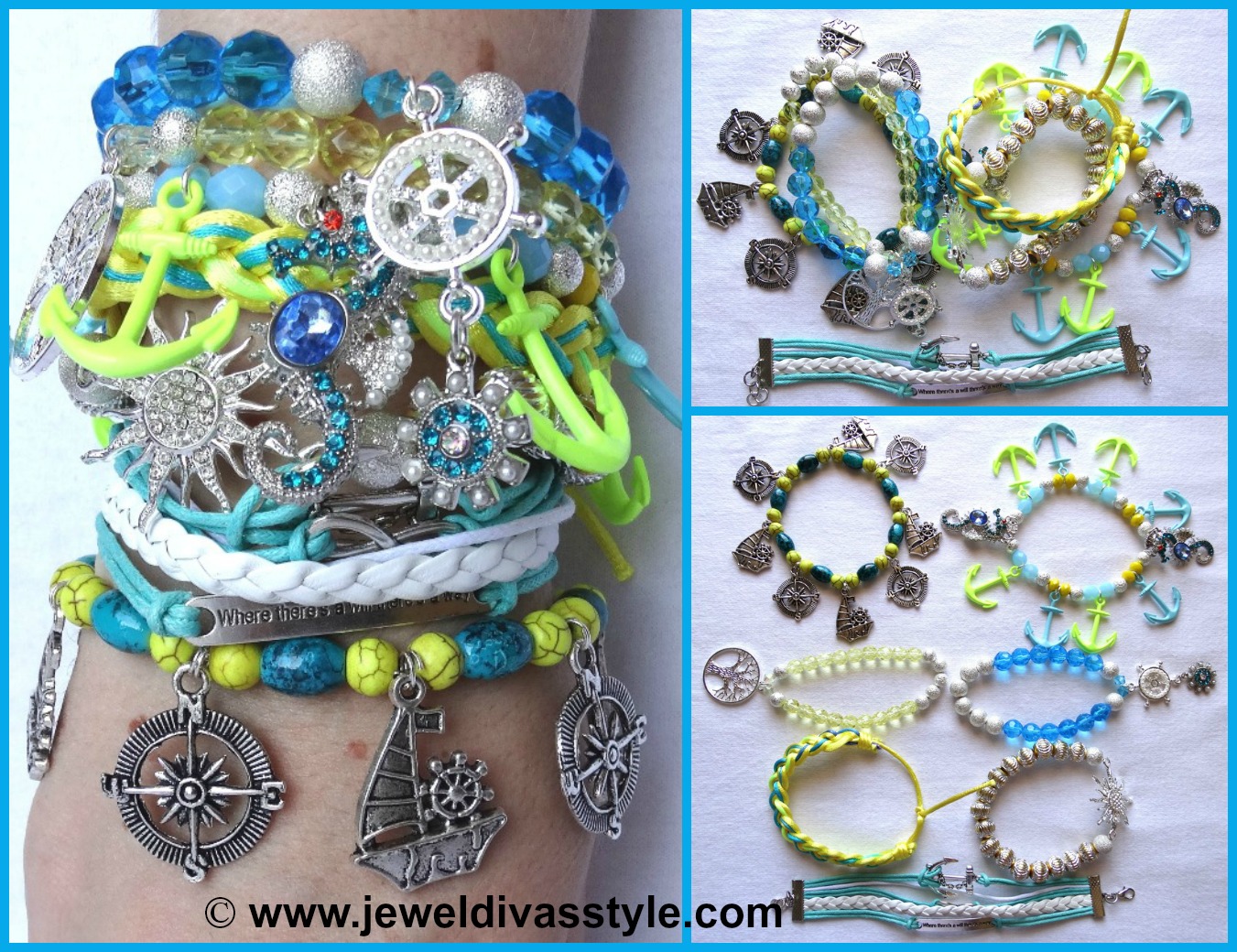 These gorgeous pieces below are from two different things. The left necklace is my own version of the EMPRESS ODETTE necklace that I sell through my Store. It’s from the OPULENCE ROYALE collection. The one on the right is a Hamsa Hand set I made all because I bought a blue top with a gold glitter Hamsa Hand on it. That’s the good thing about being a jewellery designer, you can make pieces to go with your clothes. 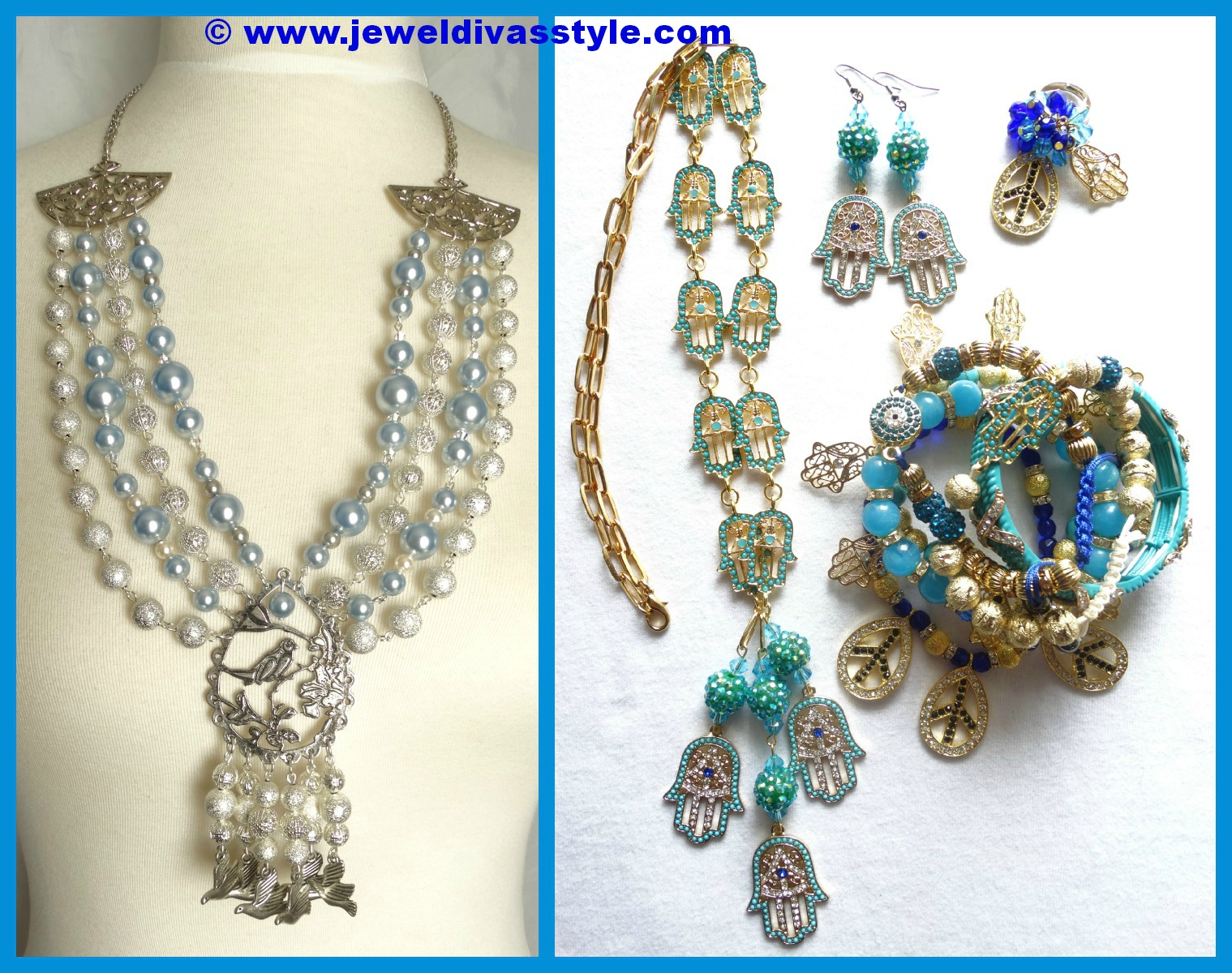 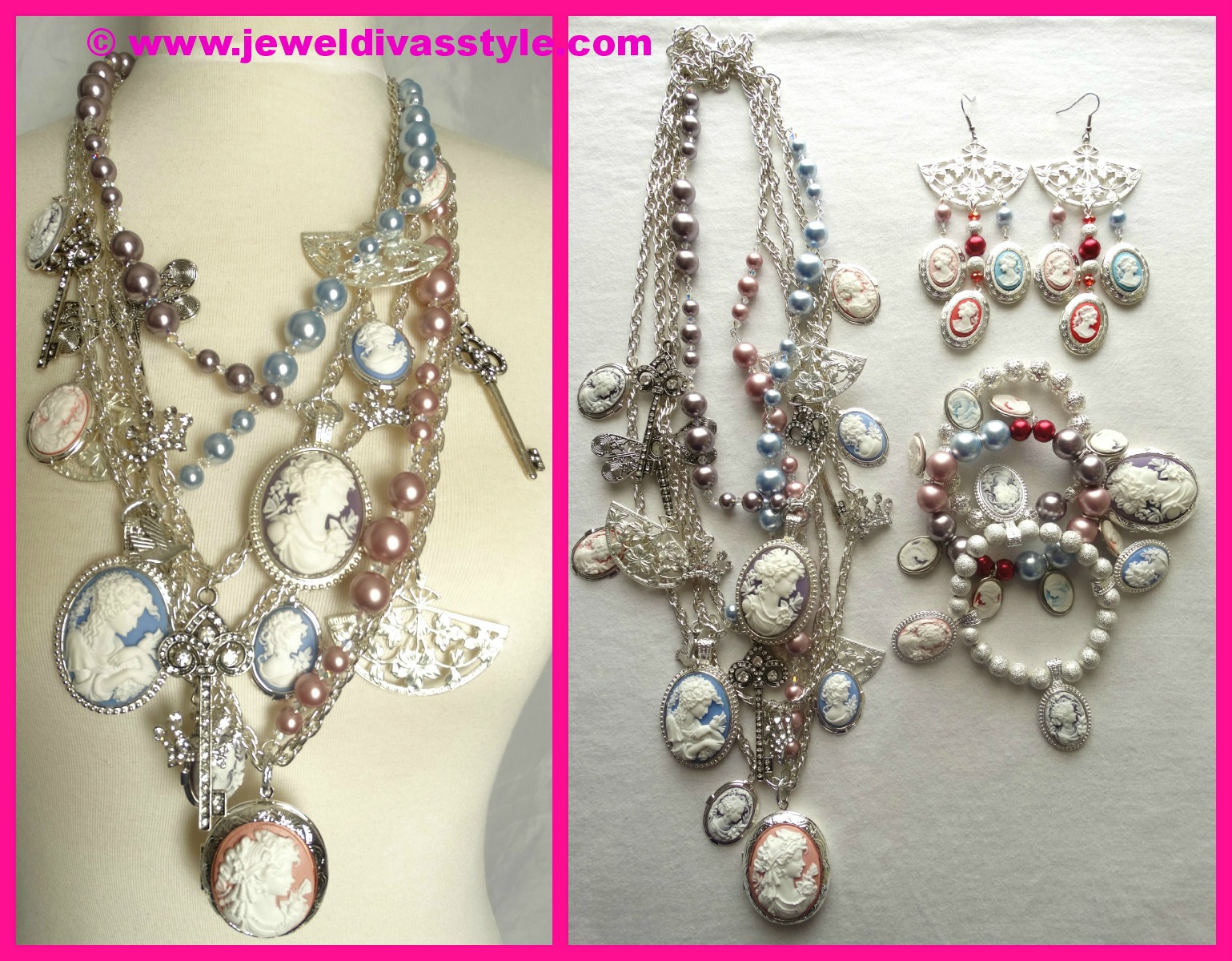