I’ve recently figured out that I tend to have this frenetic way of thinking.

I’ll think something such as, “one day, I’ll collect the Murder, She Wrote books and other movies and series that have to do with authors and have them on the shelves in my home movie theatre and it will be really cool to collect stuff like that cause, you know, I’m an author”.

And then my brain thinks, “why don’t you collect them now, cause, you know, life’s too short and you don’t have that movie theatre”.

And so I shop.

Over the Christmas period I decided to collect all 49 mass market paperback books in the Murder, She Wrote series, plus multiple other versions and an unofficial case book on the show. There are 51 books in the series so far, and I want to collect the hardcovers as well, but that will come over future months along with the unofficial cookbook. 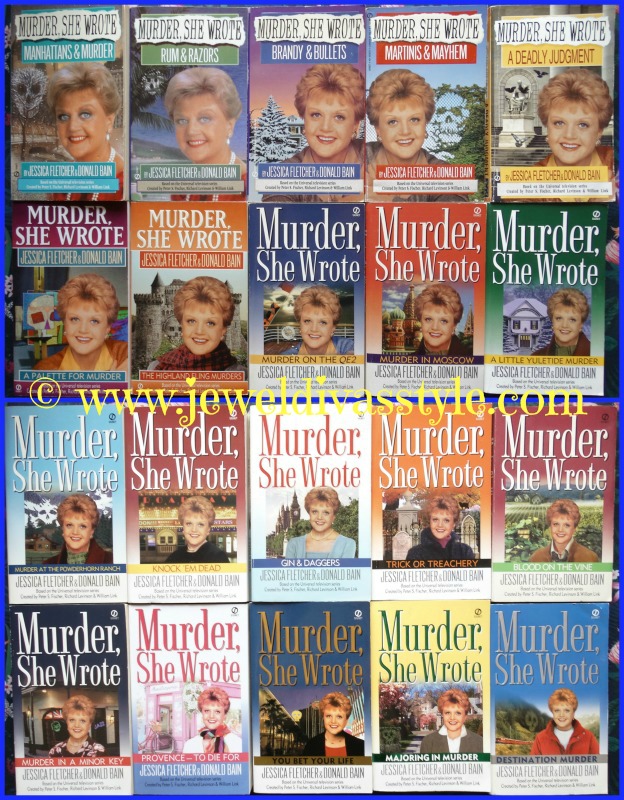 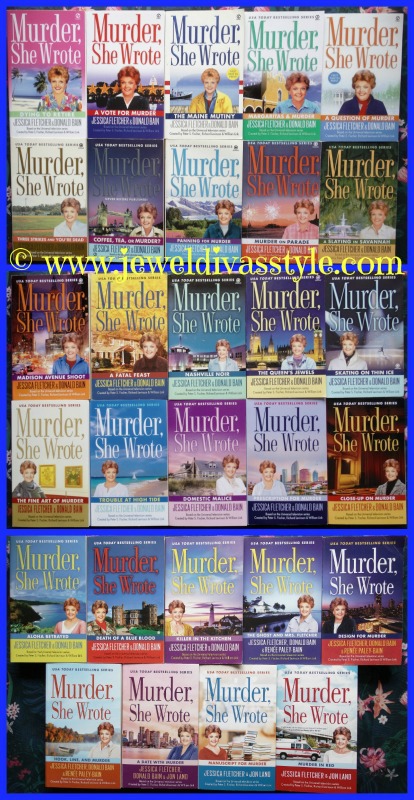 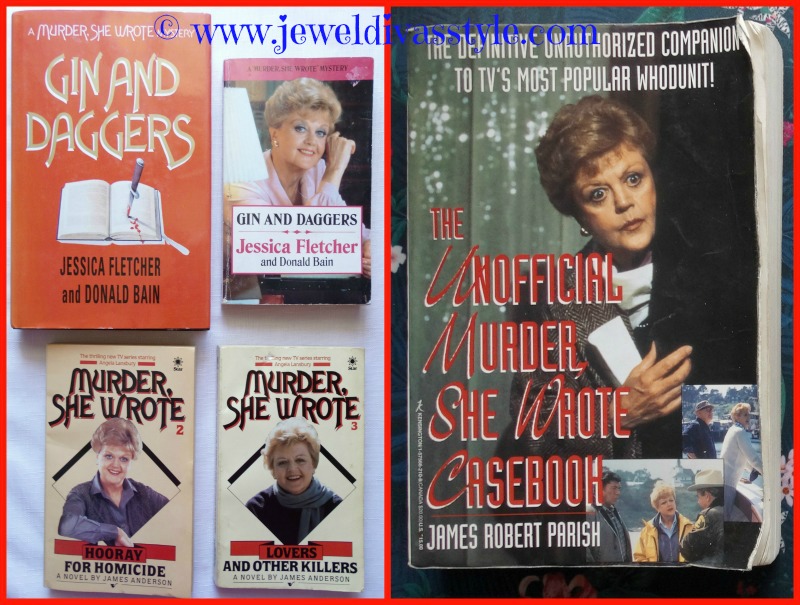 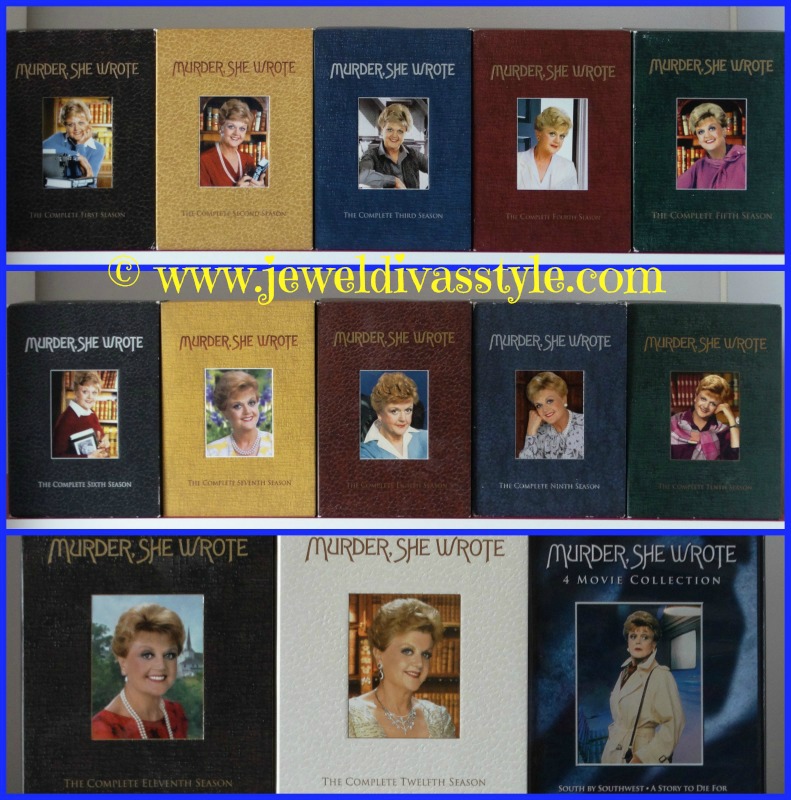 Which led to finding out there are four jigsaw puzzles (with two that are replicated by other companies), of which I’ve managed to find two, and three pc games… 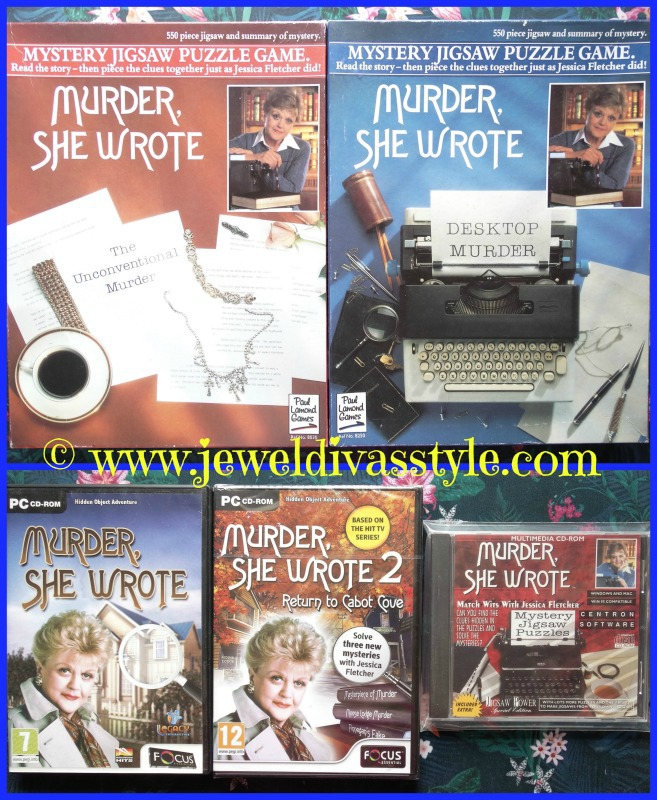 Which led to finding out there is also a board game which I recently bought off eBay AU. 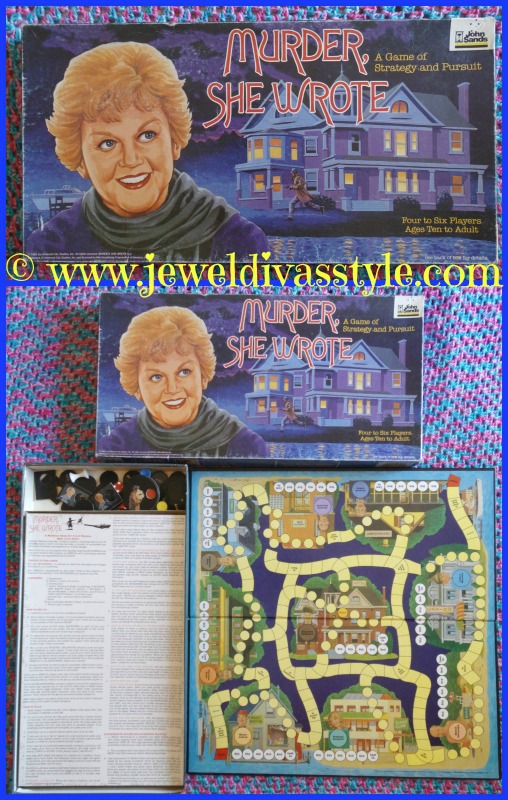 The total for all the Murder, She Wrote goodies above came to – $736.24. It seems like a lot, and to some it is, but thankfully everything was fairly cheap. It was just a lot and all added up.

There are a few things left to buy. The cookbook, four jigsaws and two old paperbacks, the two latest books that aren’t yet in mass market size and all 50 in hardcover. But I’ll get there. Hopefully most of it will be bought this year.

Next, I decided to collect the Richard Castle books…

Yep, those from the tv show, Castle.

Thankfully there’s not too many items in this collection, mainly books.

First, I tracked down the list and found there are ten Nikki Heat books (as written in the show), one is combined with a Derek Storm book of which there are only three plus a combined omnibus. I am still yet to track down the hardcover of that omnibus, as it’s bloody expensive. 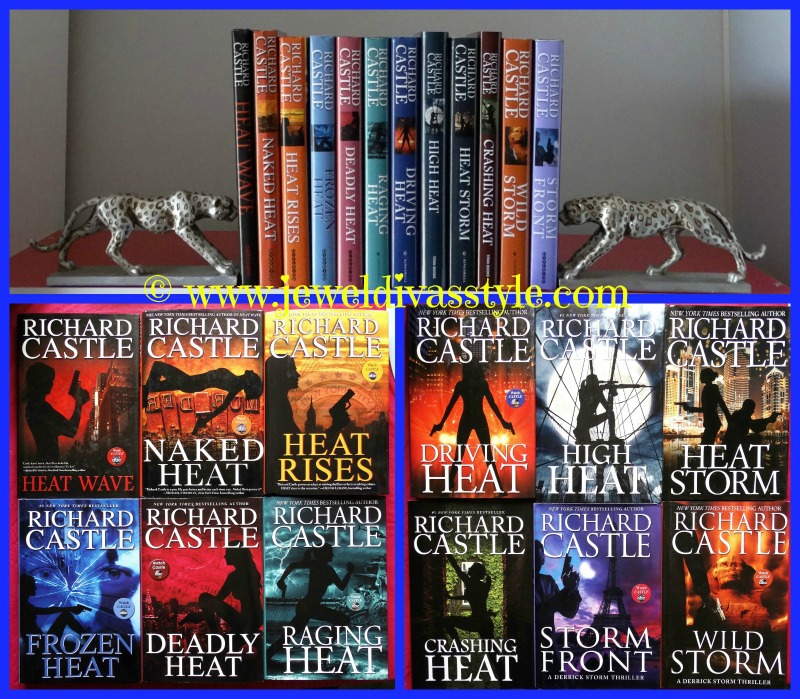 I hate it when you collect books, and because they’re published by different sections of the publishing house they end up different sizes. I hate that!

Next came Derek Storm comics in hardcover. Took a while to track them down, and there are more listed inside the books, but I don’t think they were actually printed. 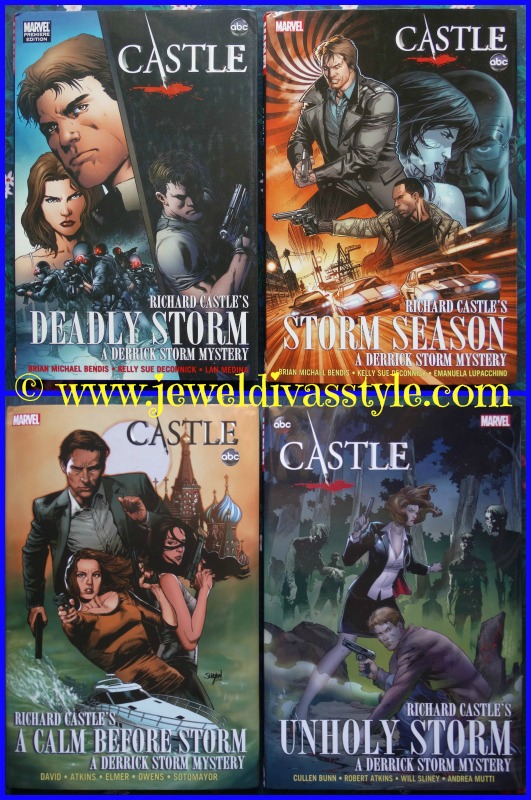 I am yet to get the dvd series as I’m after an actual boxed set of all eight seasons, so that and the omnibus are what’s left on the list.

Hopefully I’ll have the dvd set by the end of the year along with the book. That’s the plan, anyway.

Next came a series I’ve had on my list for years.

The Crime of Fashion series by Ellen Byerrum.

I discovered these nearly ten years ago after seeing the two movies with Maggie Lawson, who was also a one time Nancy Drew, and in Psych, among other tv shows. 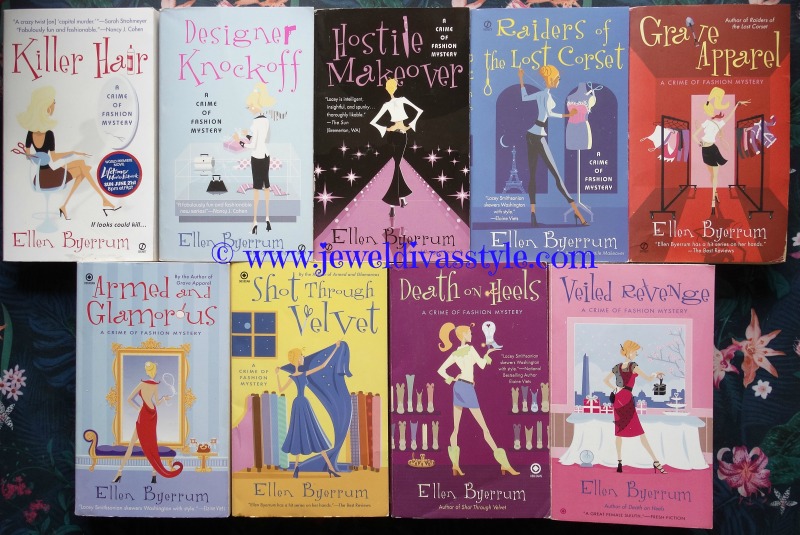 They’re cute and quirky books, and currently have 11 titles in the series. While I only have nine of the original publications, #10 is elusive and expensive. Ellen is also self-publishing the series now, so she’s reprinting them all with new covers, so another set to collect which I’ll hopefully get this year.

The last items I collected when it came to author movies/book series, are these below.

And this is just the bottom of the iceberg of what I collected. There’s more of everything to come in future posts.

Now, back to the frenetic thoughts. I don’t have them often, it happened four years ago with the sudden urge to buy Jackie Collins books, two years ago with the planner obsession, and this year with the books and dvds, and it has now launched into caboodles and sassabys, which you’ll also see in future posts.

I really need to rein in the spending.

What have you guys suddenly frenetically bought?