I normally buy my Nancy Drew goodies at the end of the year for Christmas, and last year was no exception.

A 4-in-1 Clue Book edition plus a paperback. The latest Diaries which were pretty good stories. Much better than some previous. And a new comic with the Hardy Boys from Dynamite. 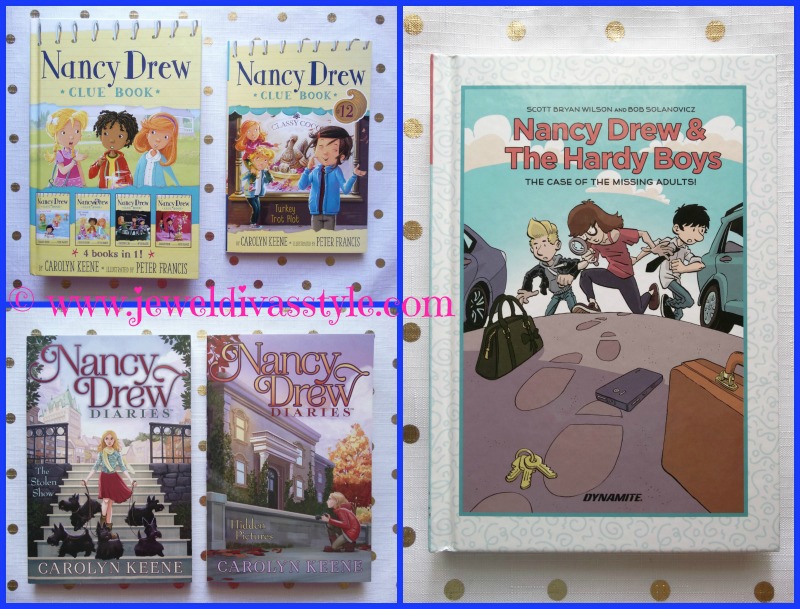 Thanks to the new CW Nancy Drew show, Simon & Schuster have republished the first six books from the old Nancy Drew Files series as two 3-in-1 paperbacks. With new updated stories (vcr was updated to dvd, etc), the cover art was reworked to resemble Kennedy’s Nancy from the show. I absolutely LOVE the Files series, all 124 of them, and if they can make a resurgence I’ll love them even more. 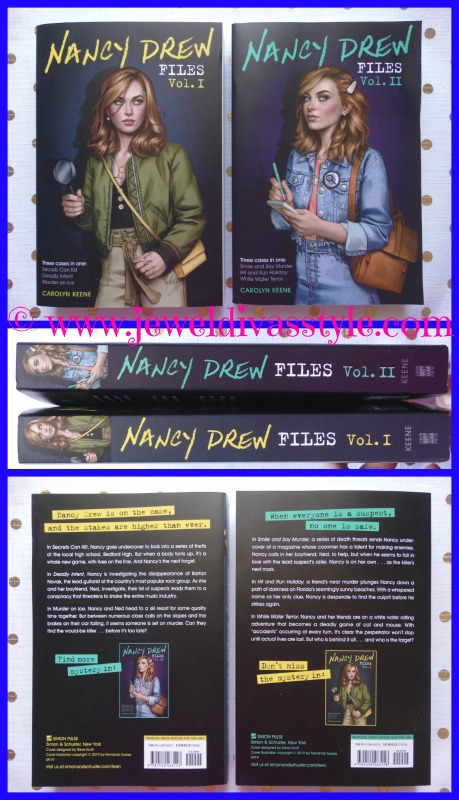 From Her Interactive I bought the latest pc game which has been god know’s how many years in the making as there were major changes to HI and the production was delayed by about three years. I also bought a gorgeous fleece blanket and pillow from Lithographs with 30% off which helped. The text of Nancy’s very first book, The Secret of the Old Clock is printed in the image. 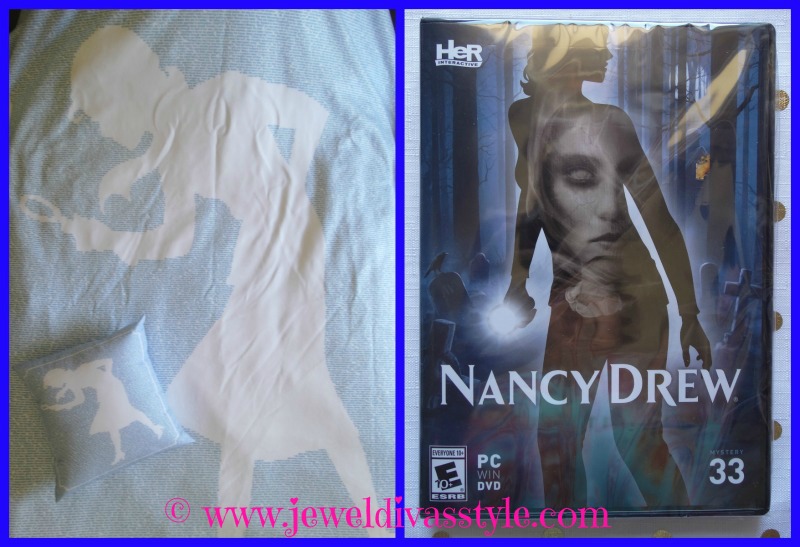 I also managed to catch up on two jigsaw puzzles I hadn’t bought and had forgotten existed. Thankfully Her Interactive were selling them so bought these with the pc game. 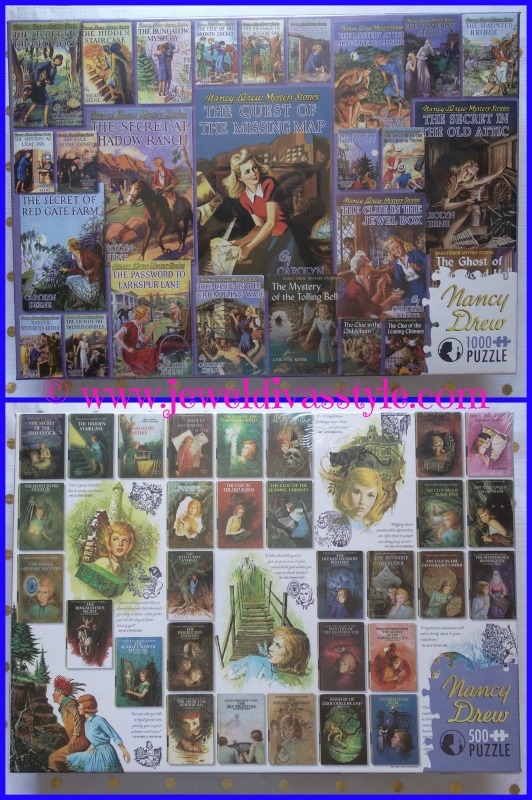 From Her Interactive’s Teespring shop I bought these two t-shirts and sticker. The one on the left is in reference to one of the games, and the one on the right is a quirky little saying. “I’m not saying I’m Nancy Drew, I’m just saying that nobody has ever seen me and Nancy Drew in the same room”.

And to round out the shopping spree, this colouring book sold by Ruth Sanderson, who drew many a Nancy cover and interior illustration. 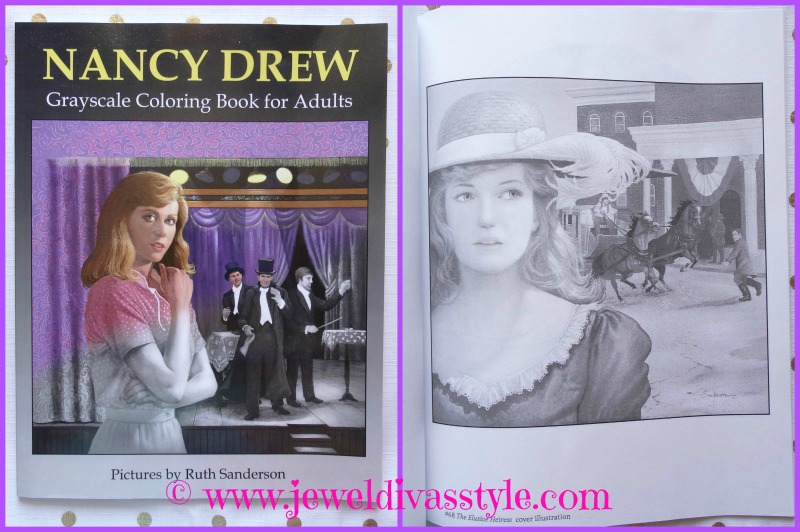 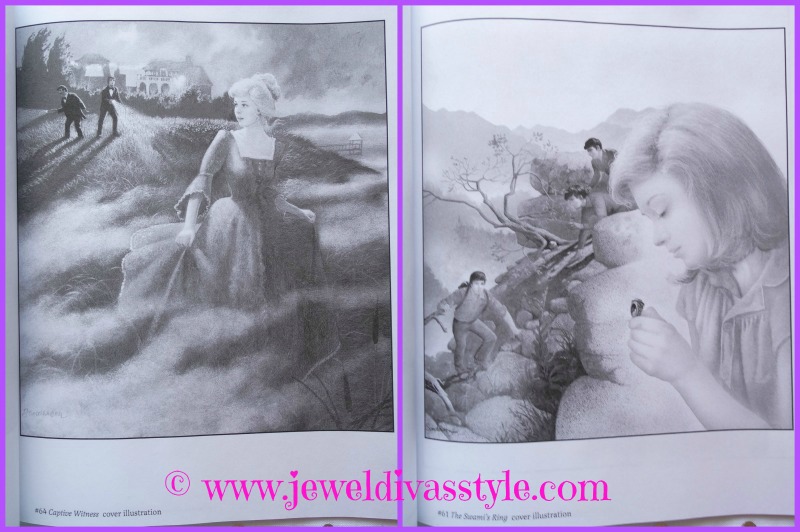 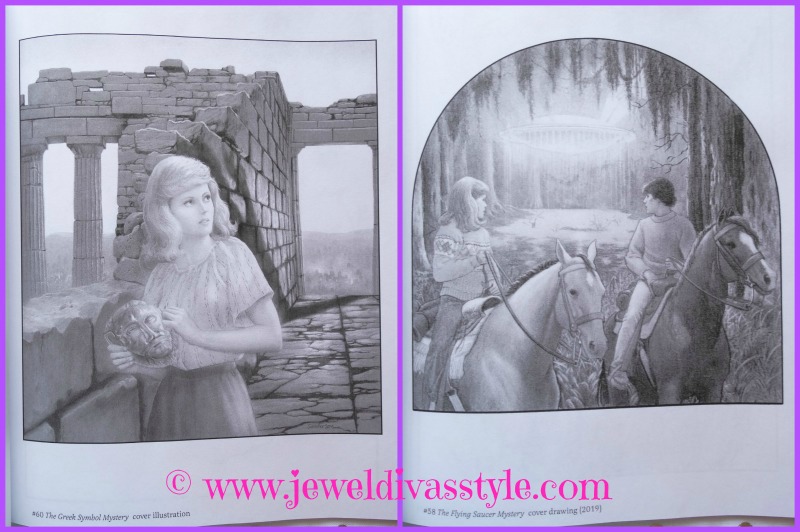 Well that’s it for the current Nancy collection. As always there are many a book and collectable for me to collect, and many a new item to buy as well.

What collection have you guys added to lately?