While I am slowly growing tired of social media and having to keep across all of it for my two businesses, there is something I do like about it.

On Instagram companies are giving away goodies all the time and if you’re lucky enough to win, then good for you. this happened to me this year.

I’ve only entered three Insta comps and I won on my third.

Who was it from and what did I win?

It was American Tourister and I won a Prismo 55 cm suitcase.

On Insta you usually have to regram the pic they tell you to, add in some hashtags for the comp and follow the company.

Well, I took one look at the colours of the suitcases {check out their website here} and wanted one. So on the 18th of Feb I regrammed their pic.

It wasn’t drawn for several months, until they reached 600 followers, but on the 17th of April they drew the lucky winners and my name was on there!

It arrived a few weeks later and of course I took happy snaps.

It was so lightweight in its box I thought there was nothing in it. 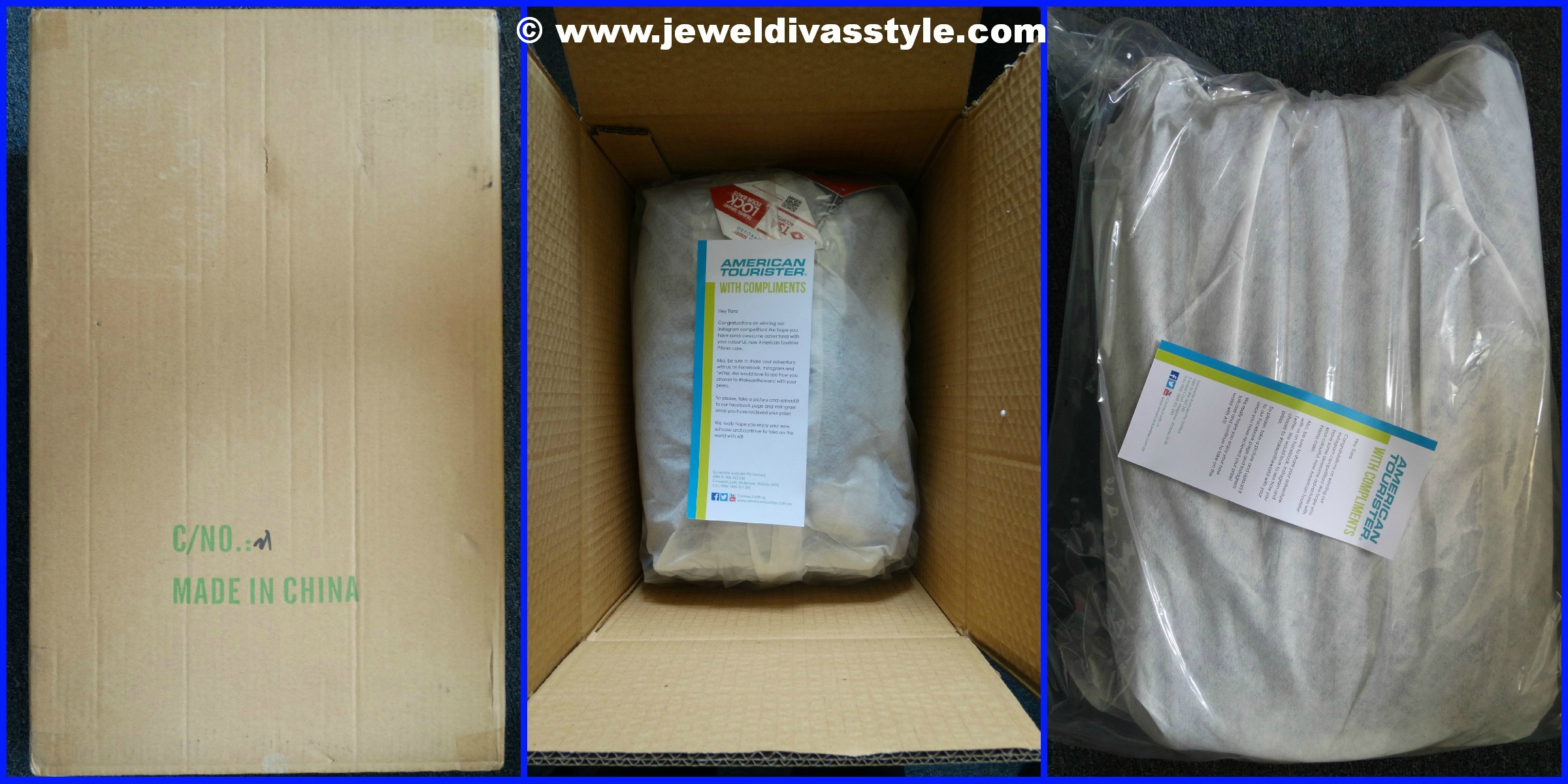 I wasn’t sure whether we were able to pick the colour we wanted so I told them anyway that I would like to turquoise colour, however, they were randomly sent out and I received the Royal Blue case instead.

It’s so light and the handle is amazing. A one touch button magically lifts and retracts it. And the locks are rather magical themselves, one flick of the button and they pop out of their secure home. It also comes with a special lock for transport officials only, in case they need to open your bag for inspection. This case is as tamper proof as possible, however, if a crook wants what’s in your bag, they find a way. 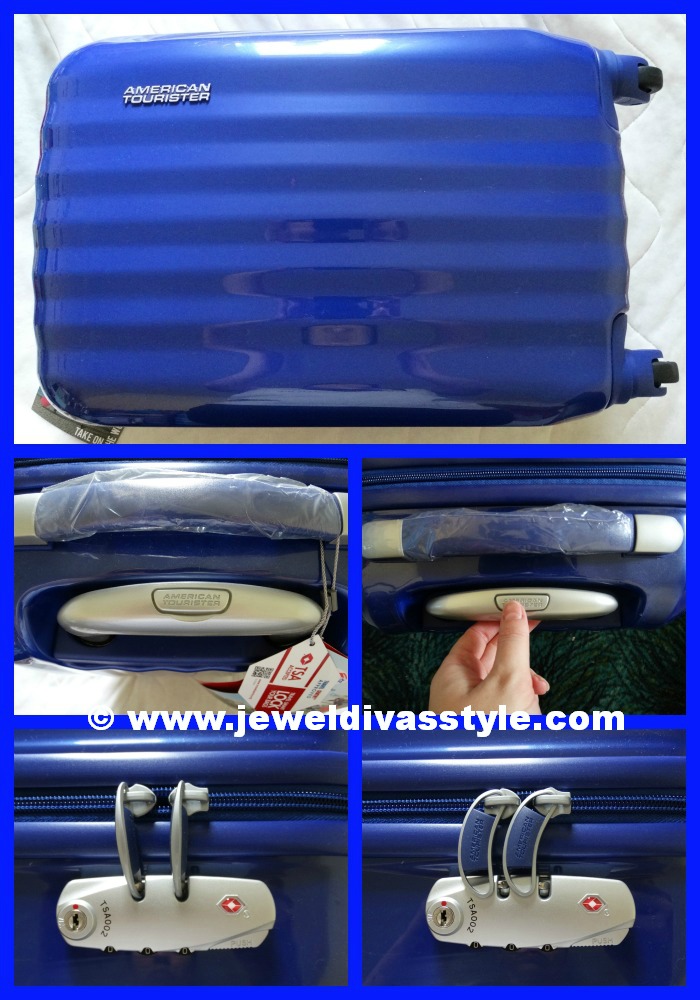 The inside is lovingly wrapped in a light grey nylon to protect your clothes, with a small removable purse on the end. It also has a strap for holding your stuff down. 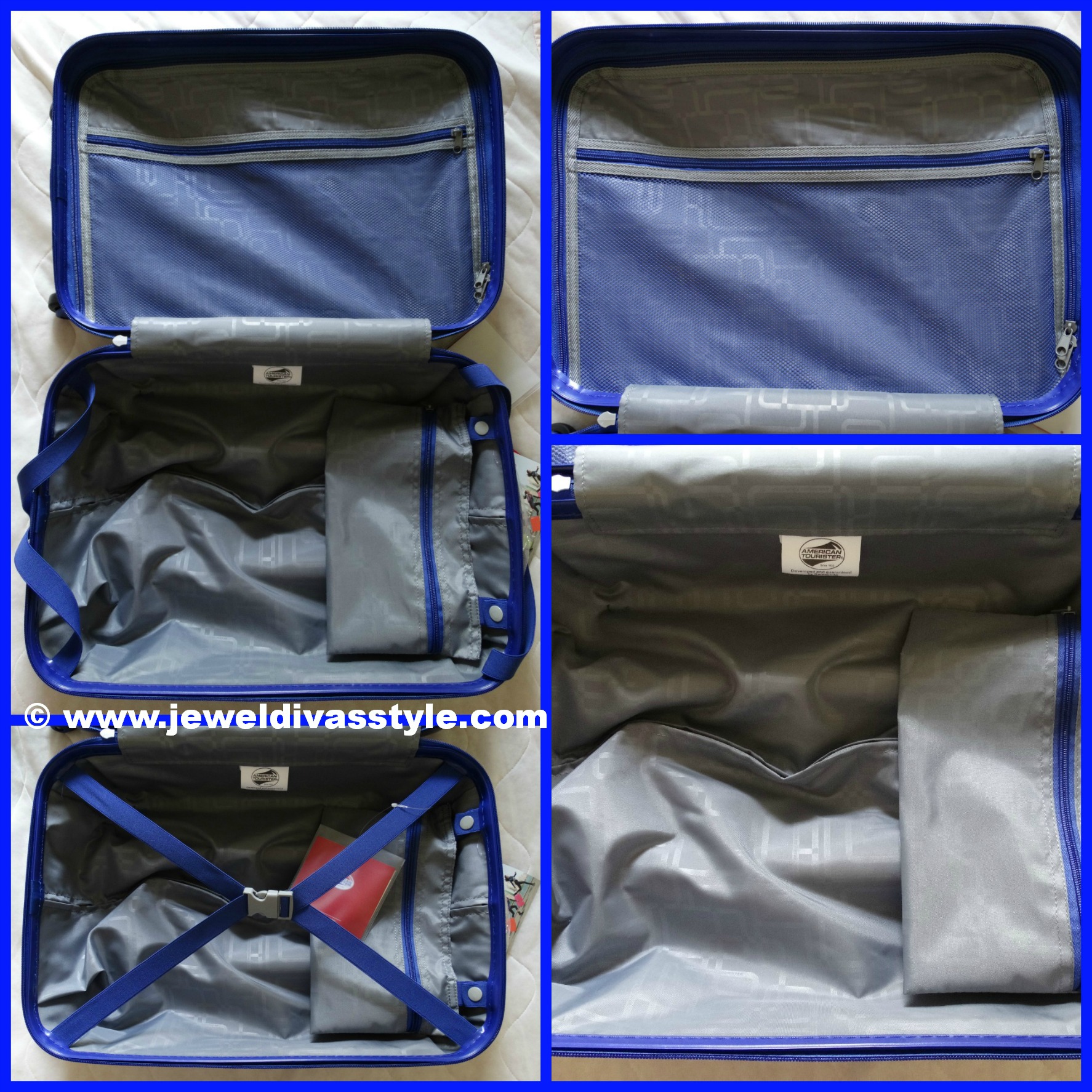 The case is regulation carry-on size at 55 cm or 20 inches so I could take it on with me. It tells you all the details on the paperwork that comes with it. Including how to lock your lock. 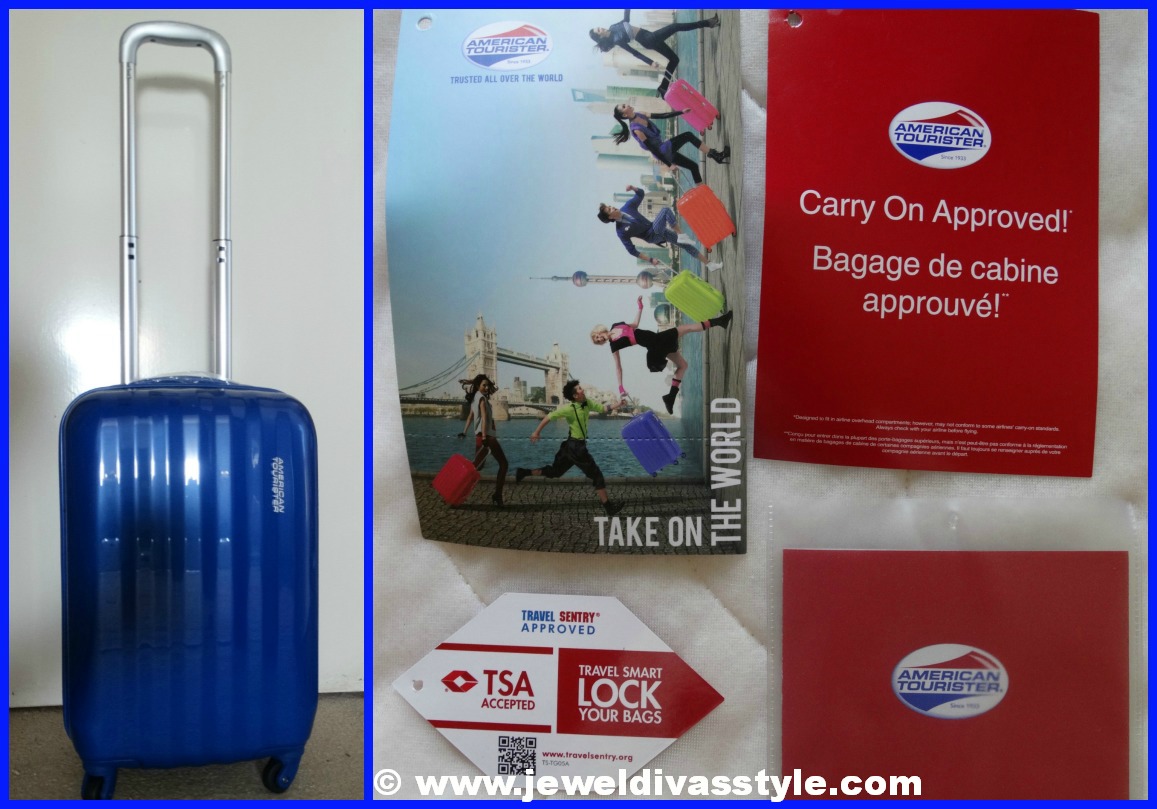 Thank you to American Tourister for picking me out of the bunch. It’s funny, at the time I found I’d won I got a little skip in my heart beat. I also wondered if it was a sign that I would be travelling soon.

Who knows, maybe I will be!