The company here in Aus had a major overhaul about five years ago and started making their goods in their own factories, in Bangladesh I think it was. That greatly reduced the price of most things and everything on the shelf came straight from their manufacturing plants.

Now, they’ve moved their plants to China to make everything cheaper again, and they’ve also tried to match up to awesome stationery store Typo by getting in lots of erasers, notebooks and other stationery. A big line so far this year has been rainbows and unicorn, plus lots of bag bling.

The other good thing, is my local Kmart is getting bigger. That means more goodies for me!

Here’s my latest Kmart haul below.

Bag bling has been a big thing for me this year, not only did I get another gold heart, but I found a bunch of initial keyrings in pink and blue, which I had scoured eBay for and not found. These were $3 each (more on what I’m doing with them in future posts).  The unicorn zip purse was $5 and is glittered. Must.have.unicorns… 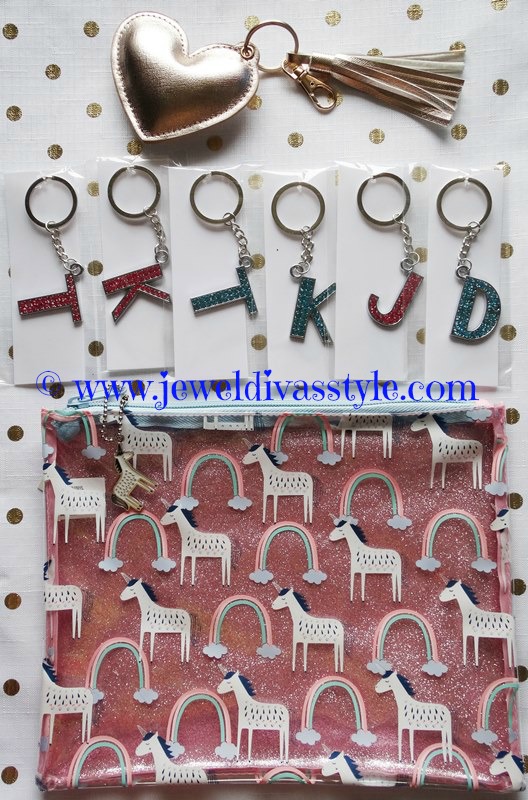 The next lot of unicorn goodies came in the form of a furry diary with lock and key. Two pack of notebooks, one unicorn, one mermaid. Two shiny bag bling tassels, and a unicorn pencil case… 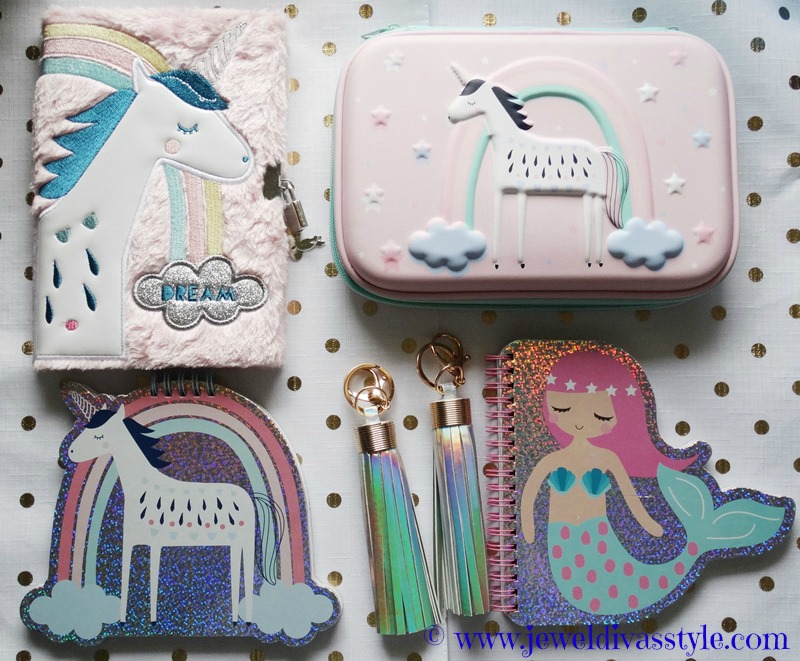 Not only can you use the pencil case for a pencil case, BUT! you can use it for a compendium. And I’ve been big on compendiums this year. Love goodies that be used more than one way. 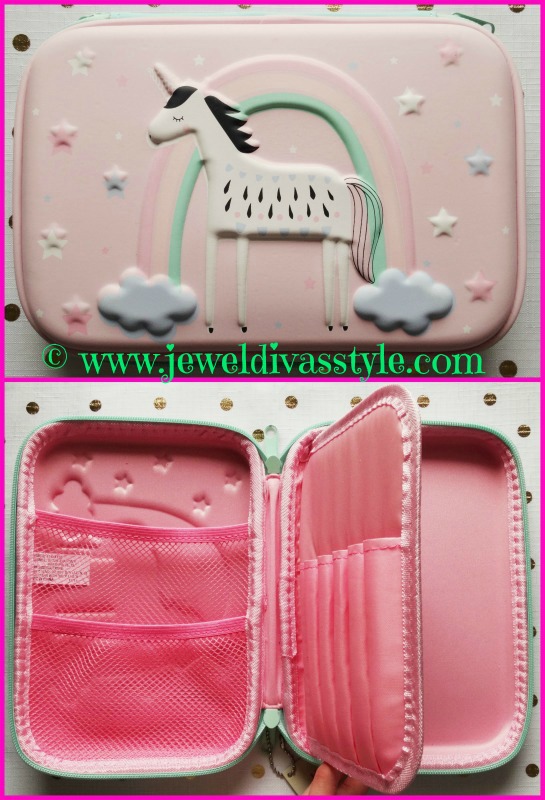 What awesome goodies have you bought from Kmart lately, and are you into unicorns!