This story all started when I emailed Lovisa about not being able to look at or buy the statement necklaces in my local stores because they were both outlets, which means everything is permanently 70% off. Which is fantastic! I love their stuff and buy constantly every time I’m in one of them. It also means I cannot look at the brand new pieces that come out, so I end up missing out on a lot.

Maggie emailed me back and very kindly offered me two necklaces for the price of one since they were sorry I was so disappointed. So, I checked out their webstore and added a few things I was after to the the cart, and was surprised to find the sale, 2 for $20, applied to the items in my cart. So of course I made my first purchase from the online Lovisa store. How could I not when it reduced the prices from $49.99 to just $10 each.

So I bought six articles.

I eagerly awaited my parcel and had to wait the weekend until it arrived and it arrived in style. Cream box, gold lettering, brown tissue paper. 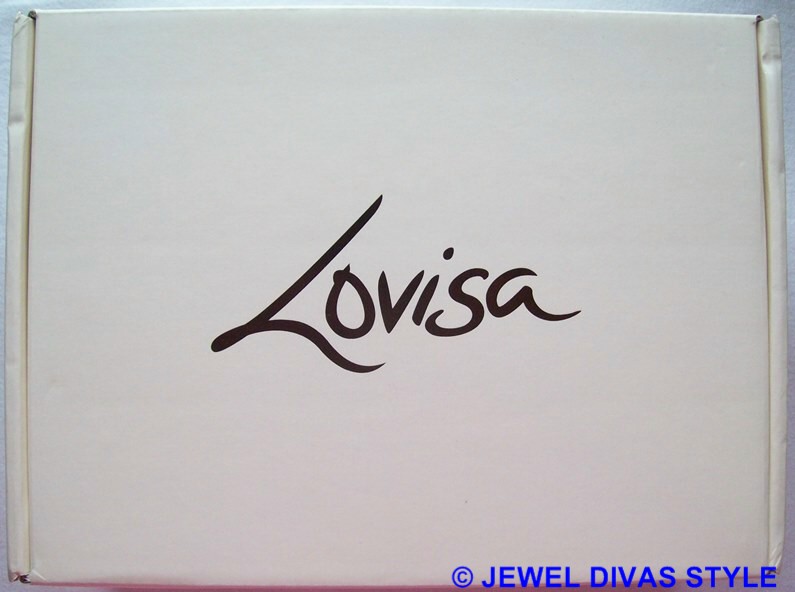 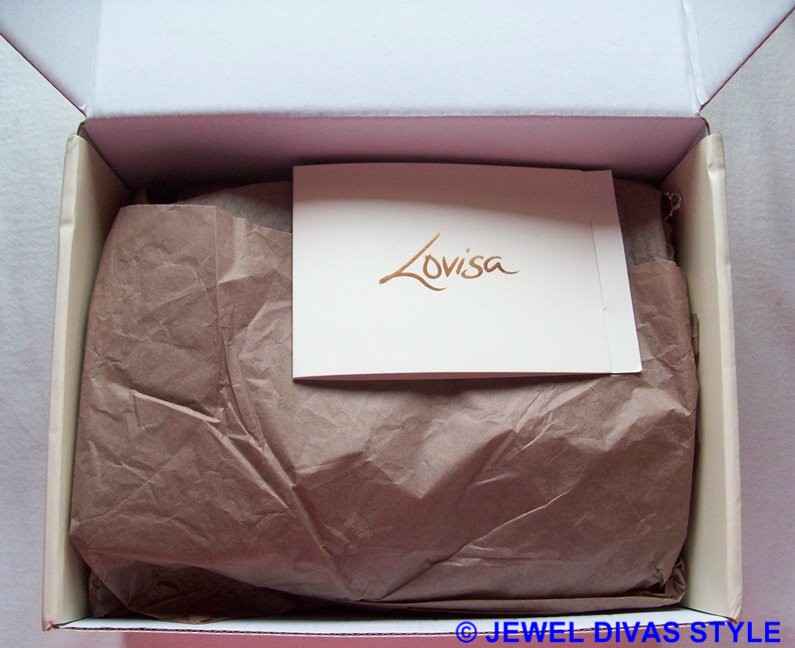 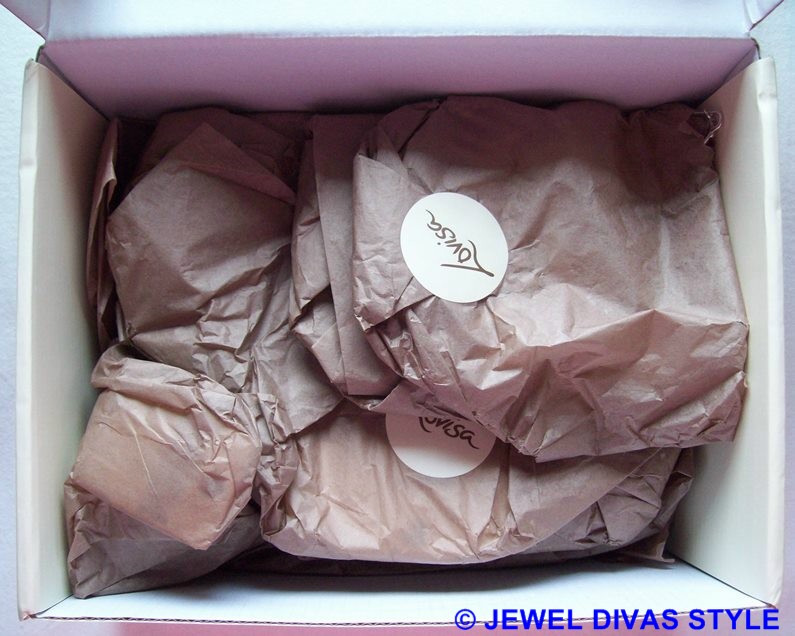 And this is where the story goes wrong. I bought 5 necklaces and one bangle. The bangle had been squashed, one side over the other, and is a little scratched but otherwise okay and still very usable. Two necklaces are fantastic and I will be showing them soon, however, three necklaces had issues.

I LOVE this necklace, but was and still am worried about the loop of wire poking up at one end. While it cannot be seen on the left in this picture, I’m hoping the fix it job I did on it will keep it together. I’m hoping to wear it soon, otherwise I may just sit it on a necklace bust and admire it as art. 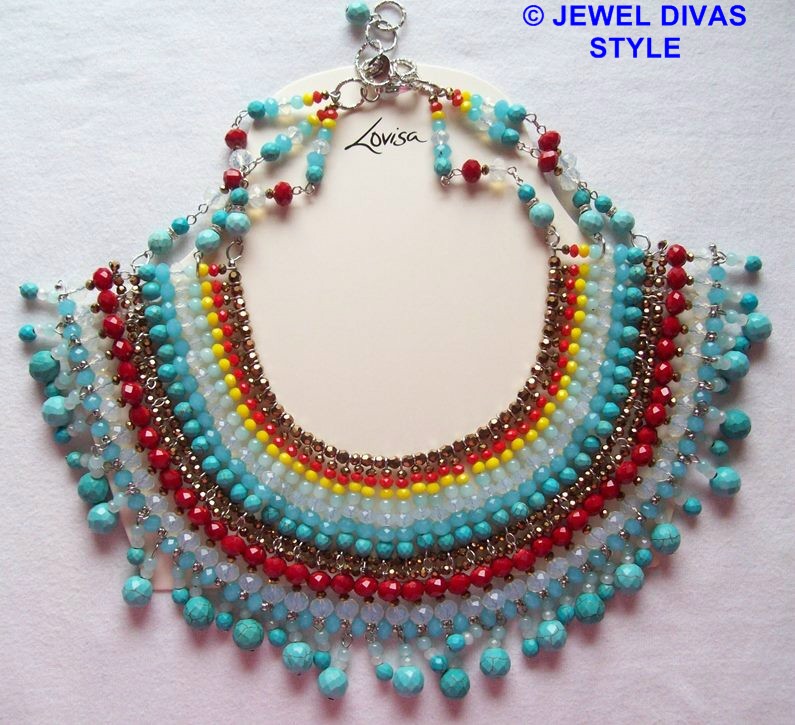 These next two necklace so disappointed me. I was looking forward to them as I had seen so many wearing them however the cost of $49.99 turned me off. Getting them for the bargain price of $10 each I just couldn’t resist, and yet they left so much to be desired.

The silver one was missing a stone, and thankfully it was still rolling around in the tissue paper so I could pop it back in and clamp down those claws. Unfortunately the chains have some issues. One hanging is rusty, and the chain glued on to the barrels at either side are not glued on properly and I’m not sure I can fix them. I could try pulling them off and re-gluing, but I’m not sure that would be wise as I could break them and be left with nothing. 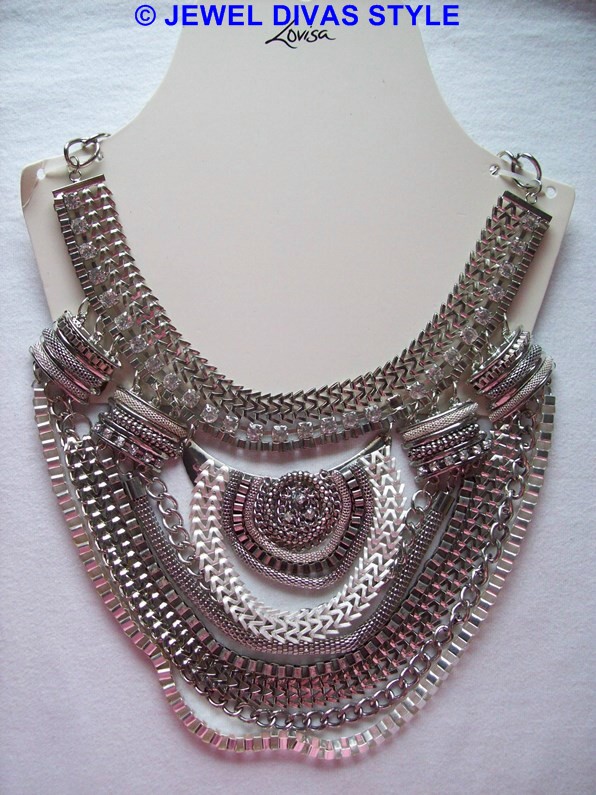 The gold one was even worse. The top choker chain is broken and there is a stone missing (right underneath the break), which was not found amongst the tissue paper so I cannot replace the stone. The chain might be able to be glued back together but I’m not sure how that will go. The chain glued onto the half moon in the middle sticks up over the top and is extremely sharp, which is dangerous. I almost cut my finger on it and had to file it down. I may still need to do more of that. 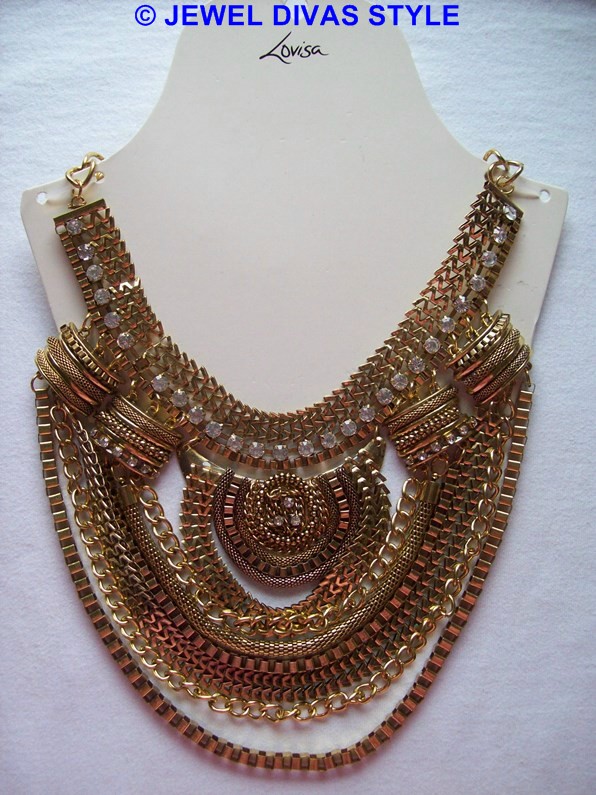 So after posting pics on Instagram about the necklaces, I was invited to leave a message via Facebook, which I did, and before I knew it I received a call from Linda at the head office. She wanted to know all the details about every piece and I told her. It turns out, after checking their stock, I had received some duds. I told her I could probably fix them or do something and I didn’t want to send them back due to them being such insane bargains.

She very kindly offered to replace them at first, but upon checking the stock, kindly offered me a $50 online voucher and a refund for the two necklaces. She even called me a second time because she said she felt so guilty that I had received bad stock and that my very first online experience with Lovisa had gone so badly.

I told her it was okay and that their service had been fantastic, it was just the necklaces that were a disappointment.

On top of all that, she still sent me the free necklace that Maggie had originally offered me after my email about being disappointed at not being able to buy the goods in my local store.

After the phone calls I received my free necklace the next day, in a smaller cream box with the gold lettering and brown tissue paper. 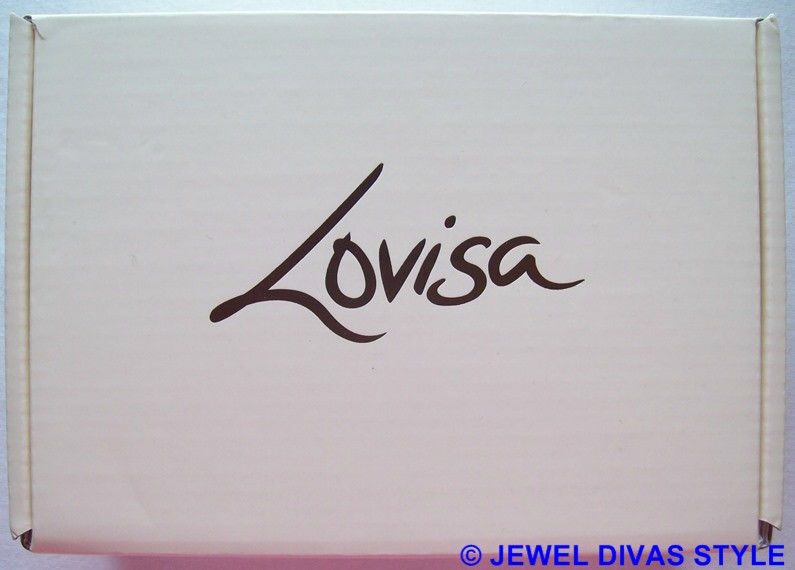 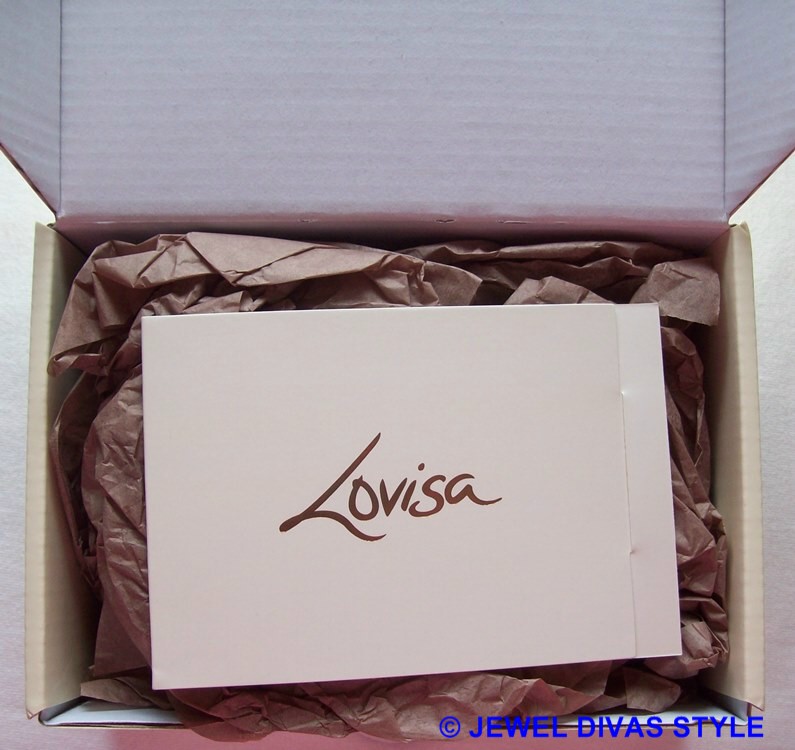 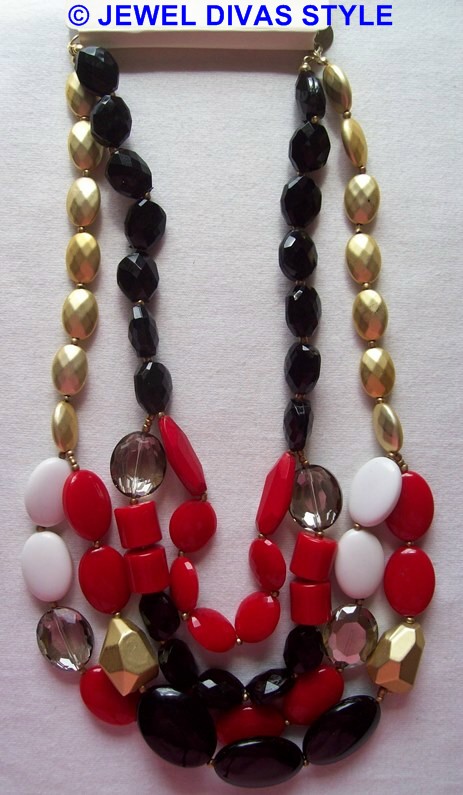 After everything that happened, while I’m unsure about buying from the online store again, I will absolutely be using my voucher in the near future as there are more fantastic necklaces up for sale on the site. I have to give massive thanks to Maggie and Linda for all their emails and calls. They went out of their way to help me and make me happy which many stores would not do.

The exceptional service, outlet prices, and great products will definitely keep me coming back to Lovisa in the future and I HIGHLY recommend them to anyone and everyone.

edit: in 2014 Lovisa closed down it’s online store to concentrate more on their physical stores, which is a pity for buyers but obviously the best route for them.