Yes, just like millions of others I became a part of the Cabbage Patch Kid craze. I had resisted at first mind you, as the first ones were ugly red heads or not very nice looking blondes. So I went without for a year or two until I found the one.

I received her papers via mail. 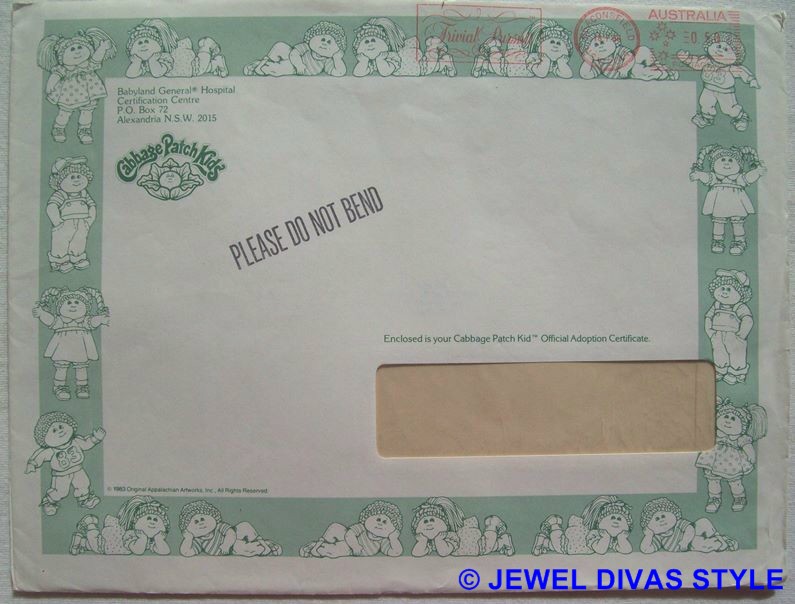 Yes, her name at birth was Abigail Fiona, yuck! 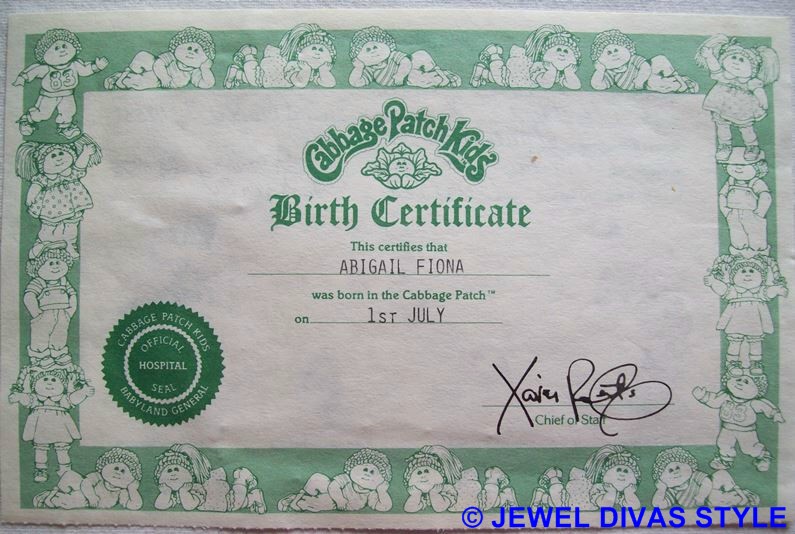 But I soon renamed her! 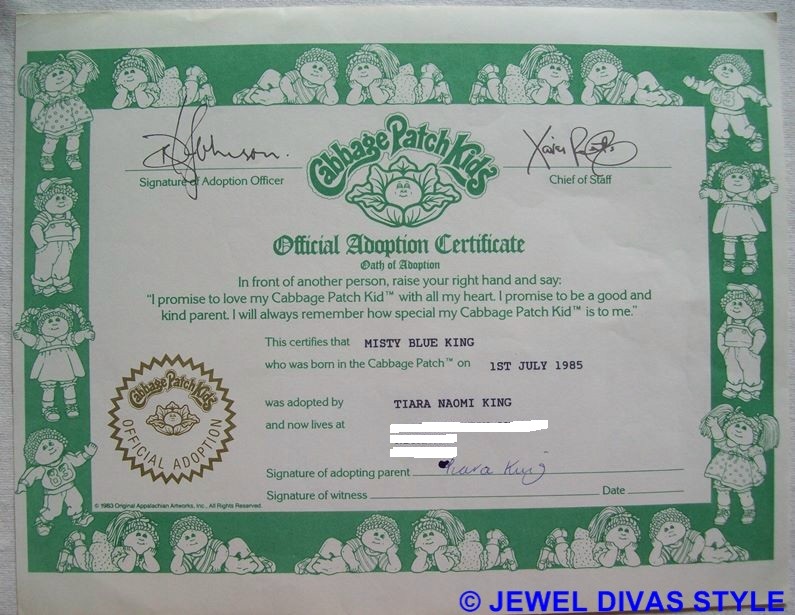 and on her first birthday she received her very own card from the hospital! 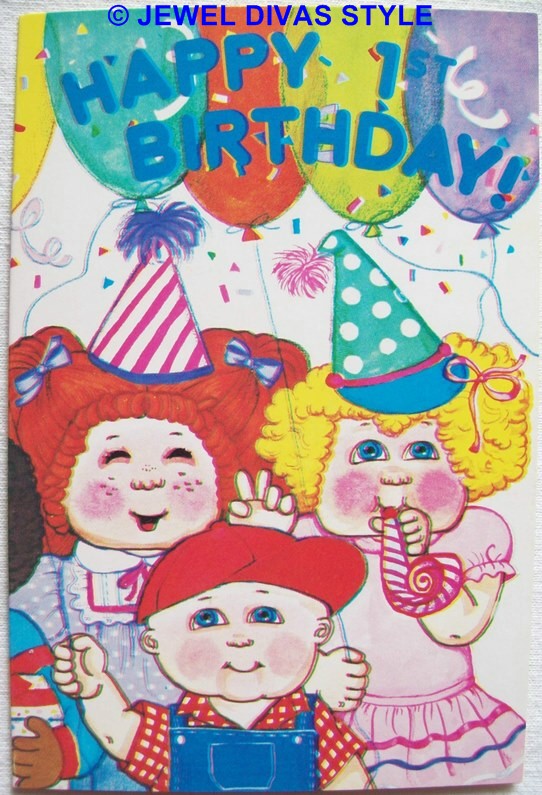 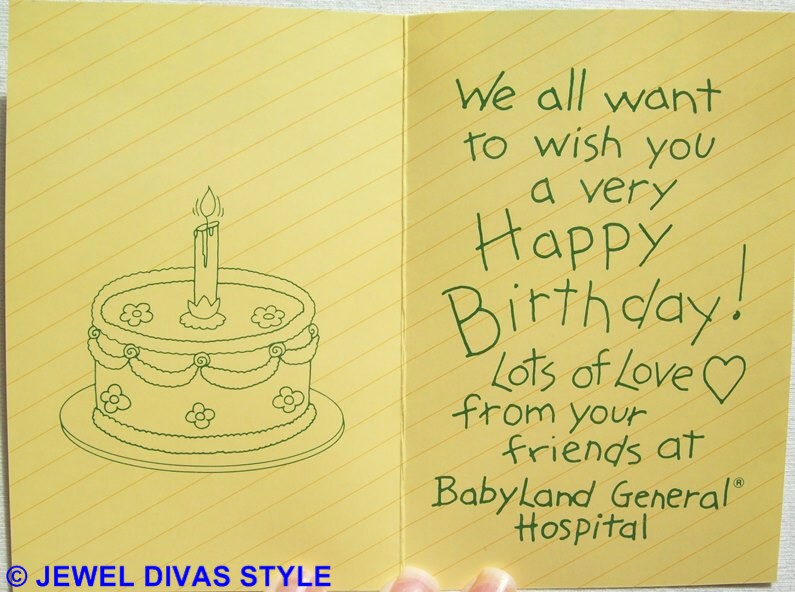 Since then the kids have done so much stuff. They are all over the place, even this Aim toothpaste “TOOTHIES” poster. 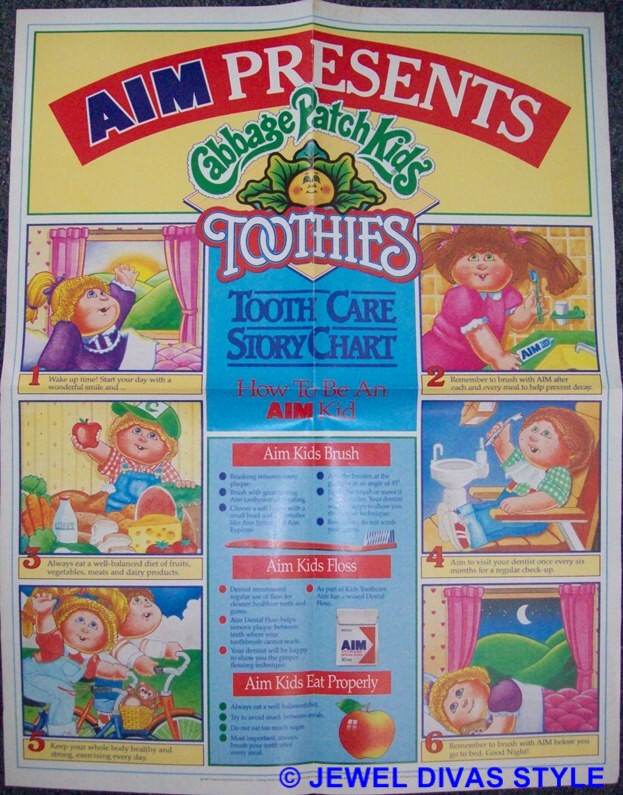 And then there were the people who claimed theft. There had to be one somewhere. 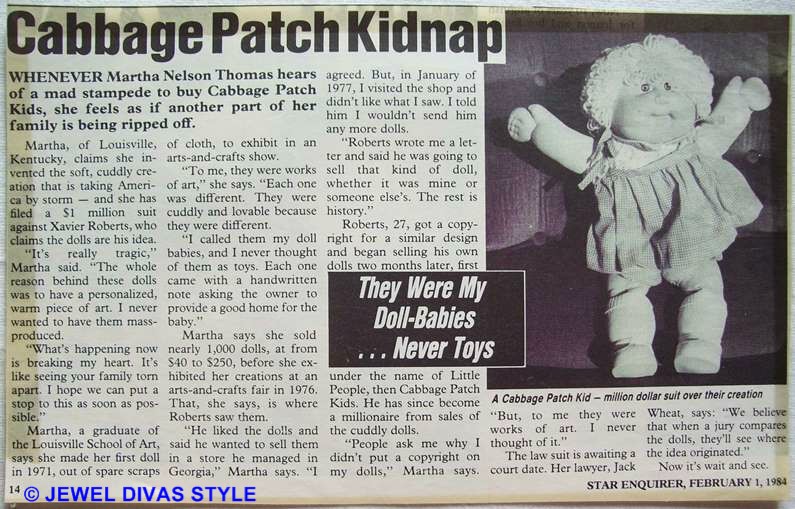 Either way, Misty Blue has been my baby for way too long and I am feeling way too old! At least she’s out of her dummy, and her nappy! 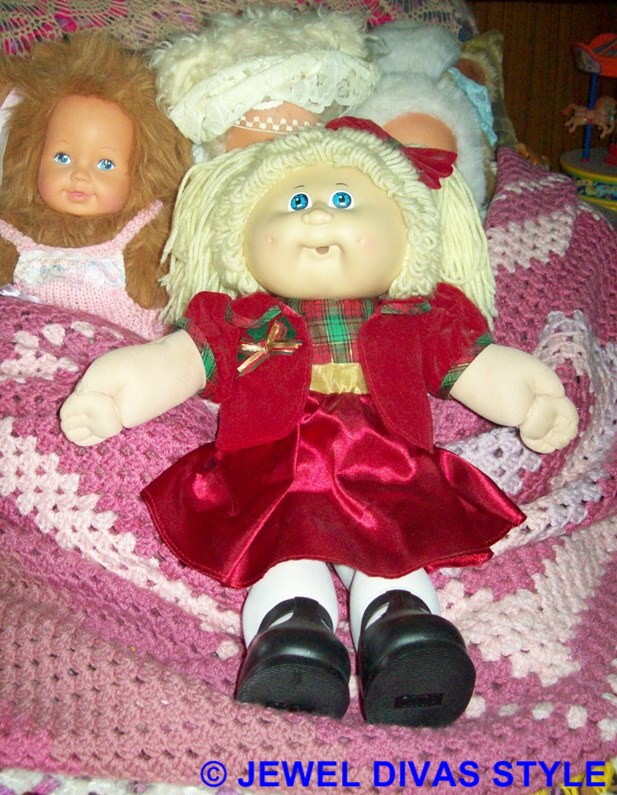