January was very hot here in Aus, as was December, so it was cool clothing all round. 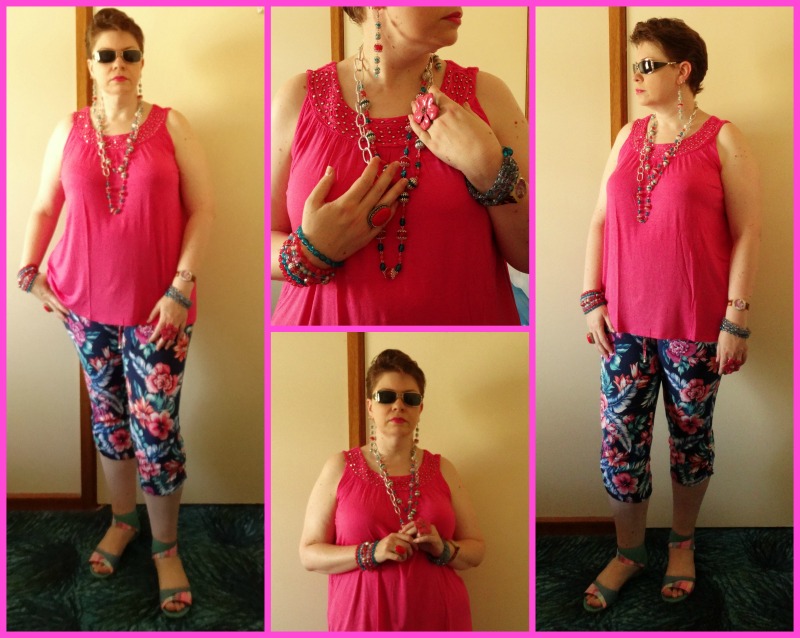 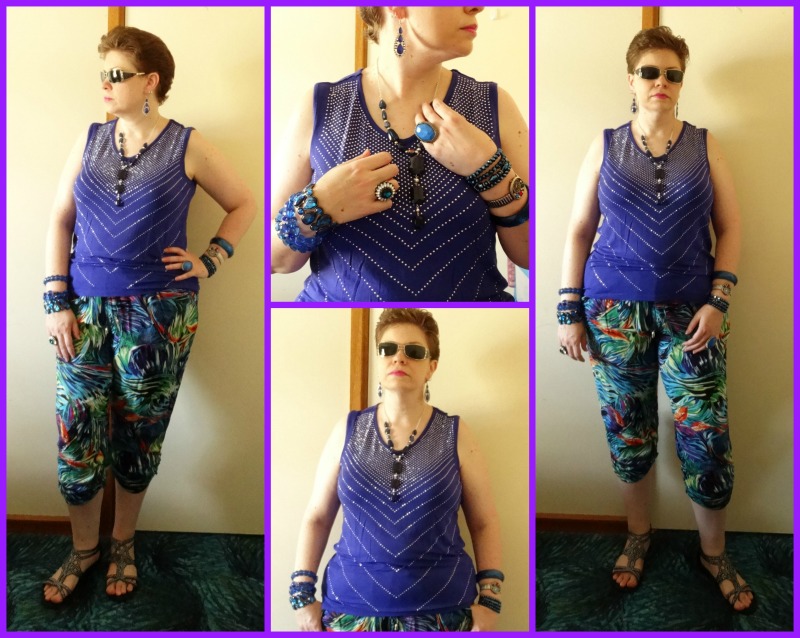 JEWELLERY: Lovisa pretty much everything

OUTFIT #3 – HOSPITAL RUN, what else do you wear to the hospital but black! 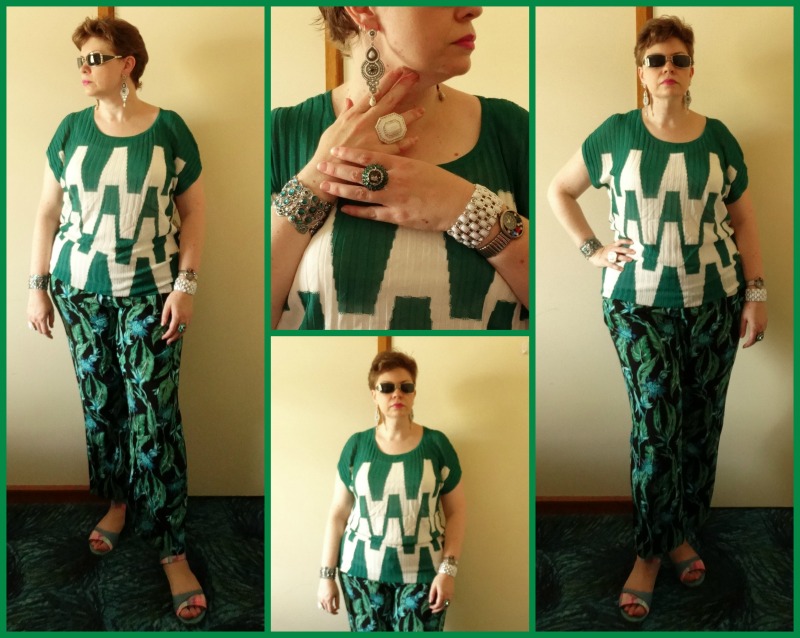 JEWELLERY: bracelets from ebay, everything else from Lovisa 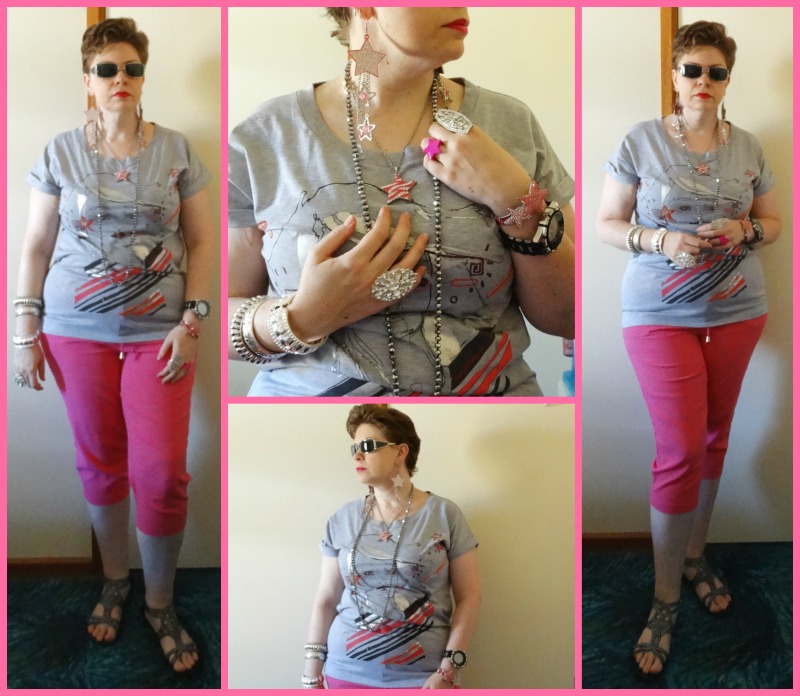 TOP: From Big W (like wallmart) in 2004, for $10. Talk about vintage and keeping things that are still good. Care for them and they will last.

SHOES: Spendless Shoes, as above. 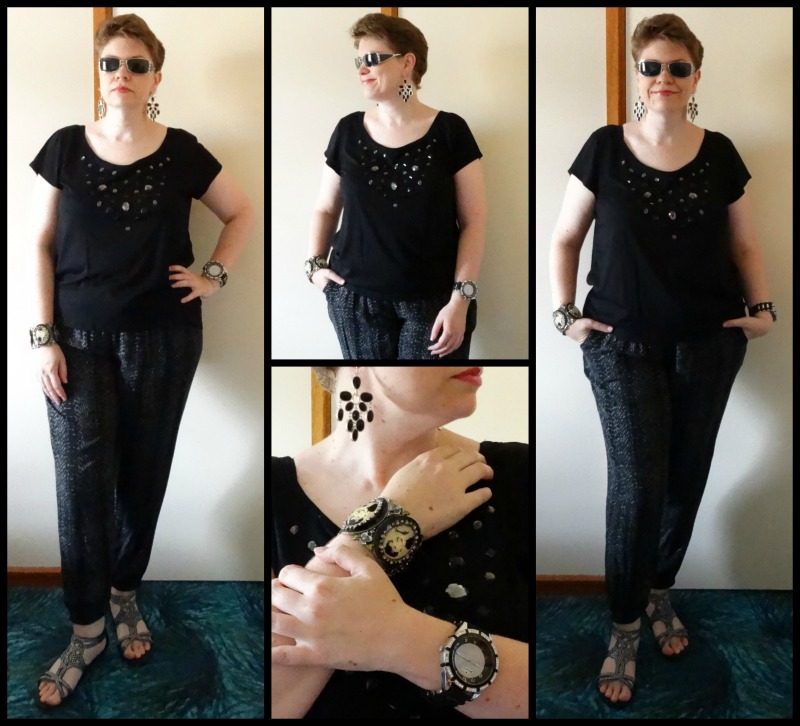 SHOES: Spendless Shoes as usual from 2014, $30. The one black item I would actually buy again because these shoes go with everything!

JEWELLERY: Audrey Hepburn bangle from eBay for $16.35, and Equip earrings for $7.50, both from years ago.