In last week’s post I reported on mum going into hospital the week before for her endoscope and being admitted so they could suck out that shit from her stomach. Last week she was still in there, having a second endoscope and needing surgery to remove the scarring caused by the little a-hole of an ulcer. And of course I had to go and get sick myself with the stupid head infection thing I’ve gotten for the last 20 plus years of my life, making my sinuses stuffed, my throat sore as hell and my ears burn. Not entirely sure what it is, I don’t have tonsils so it could be sinusitis but I’ve never been properly diagnosed.

So I only went out on Thursday to do the shopping and pay the bills and then went to see mum about 11:30 at which point she was being taken away for a catscan and was then admitted to ICU (intensive care unit) because she’d spiked a fever and they thought she had an infection. Which meant until they got it under control, no surgery for her after I waited for three freakin’ hours. I’m writing this on Friday night, still sick, and not even attempting to go to the hospital until next week. I need to get better myself and hopefully all the junk food I bought will help. 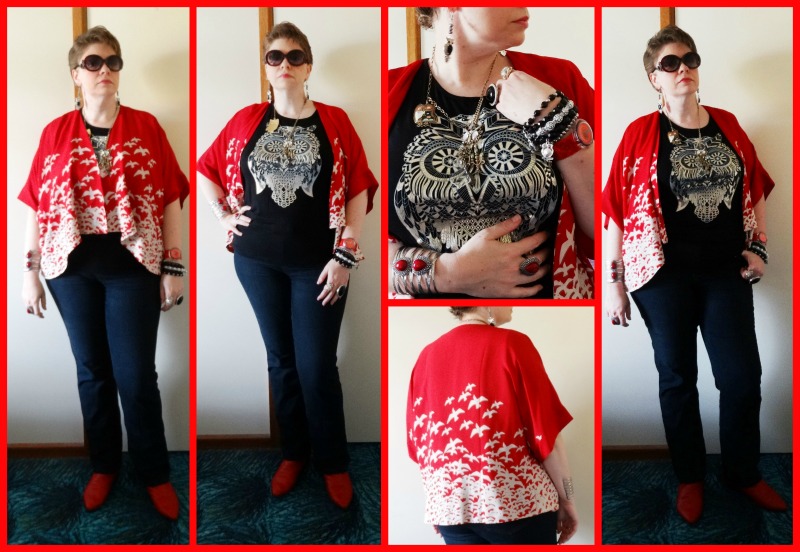 JEANS: kmart, $7 from several years ago.