I managed to get this Samantha Wills bracelet.  It’s called Tiny Dancer and it has a little memory box in it. 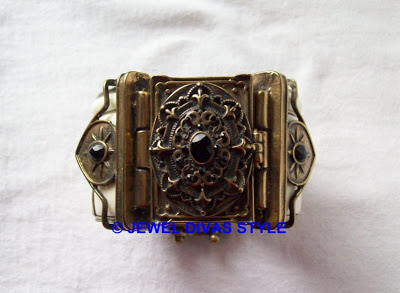 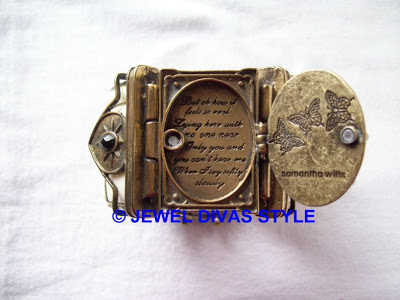 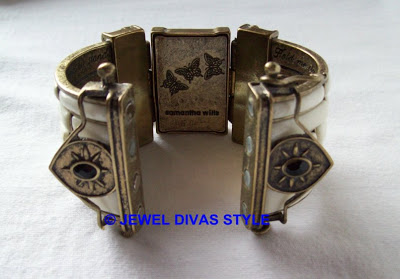 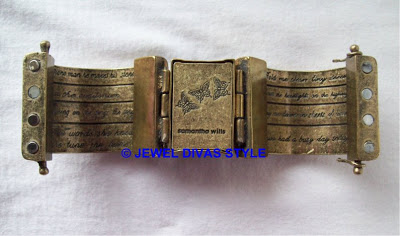 When I originally posted this it went through to my Twitter page where Samantha commented with “@JewelDivasBling Wow! that is a rare one! only 20 of those made! Its called TINY DANCER Cuff, enjoy! – SWx”

I have since found out, as of October 18th 2012, it’s actually called TRINITY BANGLE, valued at $320, as seen in the DOPO IL TRAMONTO collection look book. 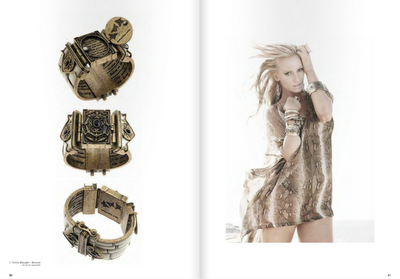 I’m surprised she got it wrong, unless it was a mistake. Elton John’s lyrics for Tiny Dancer are inscribed, but still, here I’ve been thinking it’s called Tiny Dancer for over a year. Yikes!