My bedroom, like the office, has been a work in progress since I changed it around in January 2018. And last year it got a refresh of curtains, this time in blue. 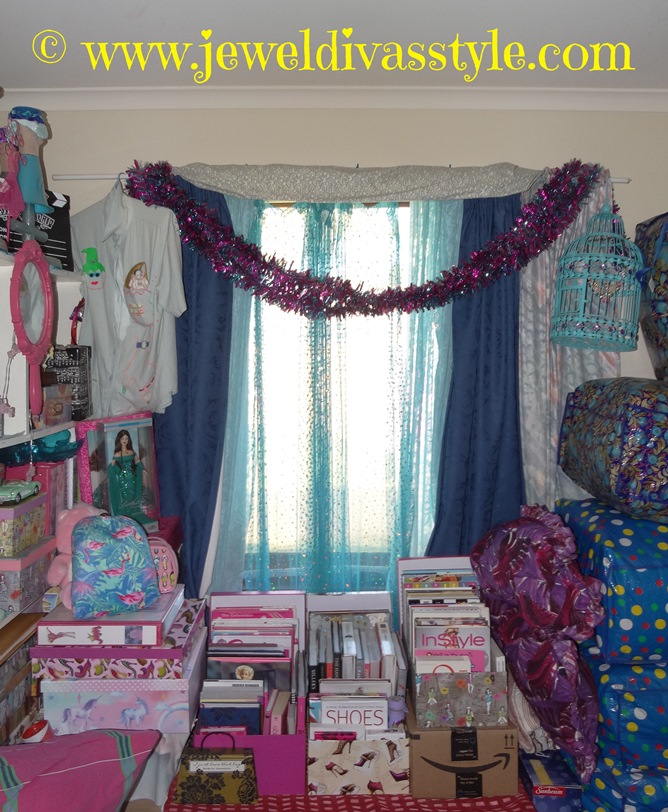 Bedroom curtains after… Instead of being a set of sparkly curtains and a set of dark curtains, I removed the old ones sitting at the end that were only there to keep the light out, and replaced them with a pair of turquoise blue curtains like the pink ones in the office. I removed my old painted shirt, replaced the curtain across the top to keep the light out, and had a general tidy up. And yes, that IS pink and blue tinsel! 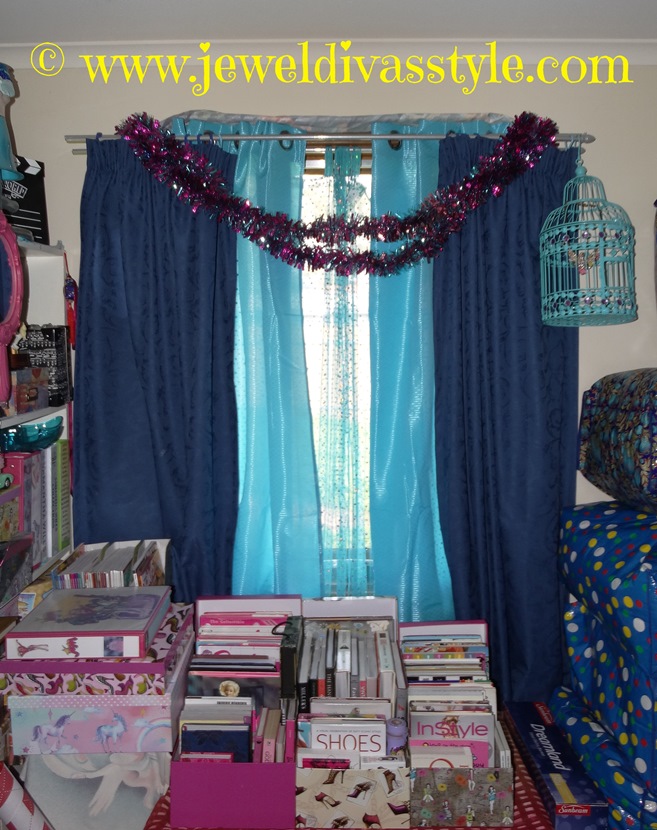 The books in the boxes above were moved or packed away and all of the decorative boxes came out to play. They’re also easier to dust. 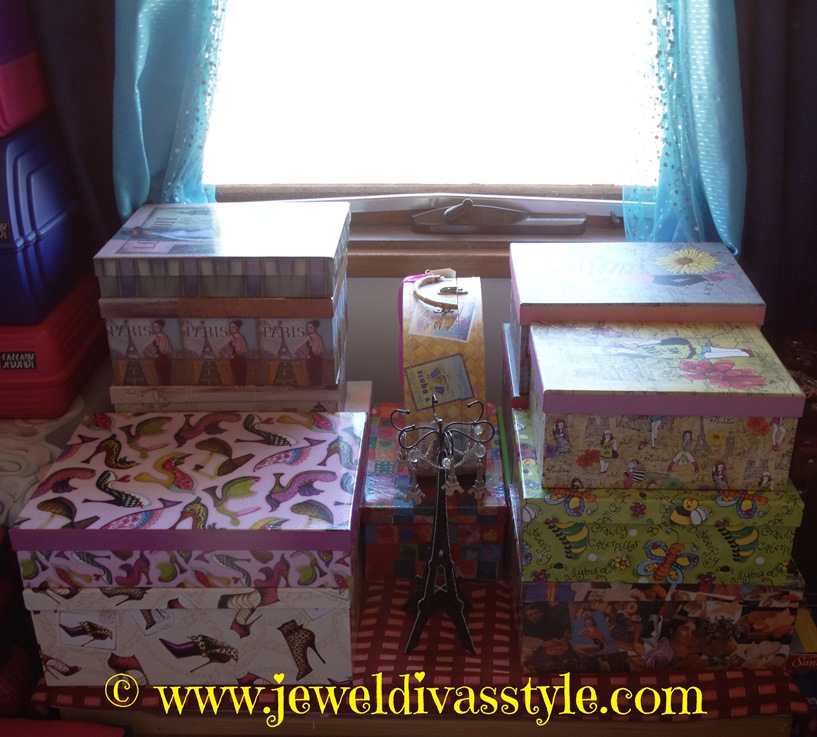 I reorganised the top of the old bookcase to feature four Caboodles and my jewellery dolls all standing to attention. 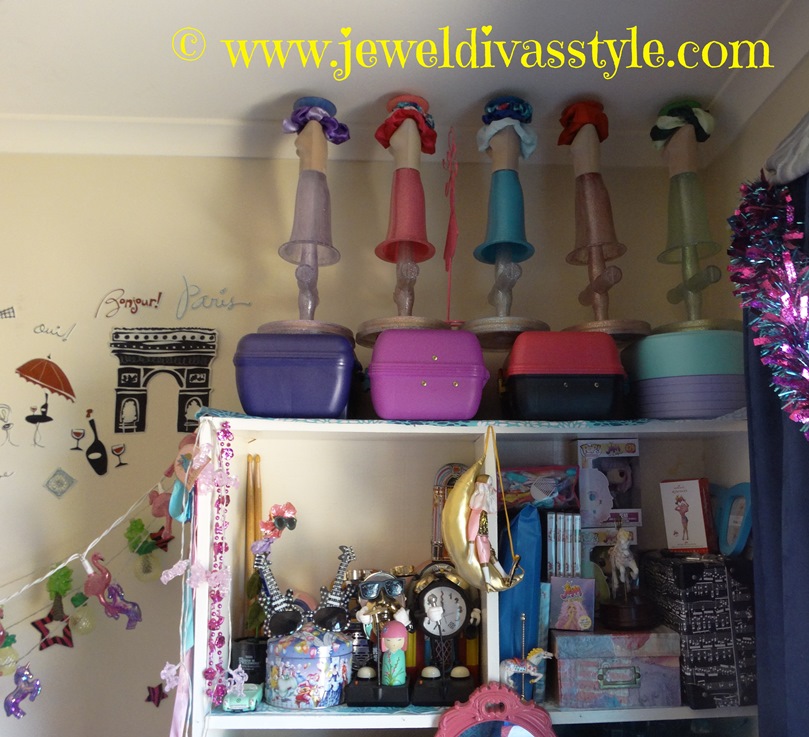 And stored my Barbie books in their box onto the bottom shelf, moved books to the second shelf, and moved some Sassabys to sit on the two boxes of books hiding in the corner. I also moved my Jem and The Holograms stuff to the music corner of the cupboard. 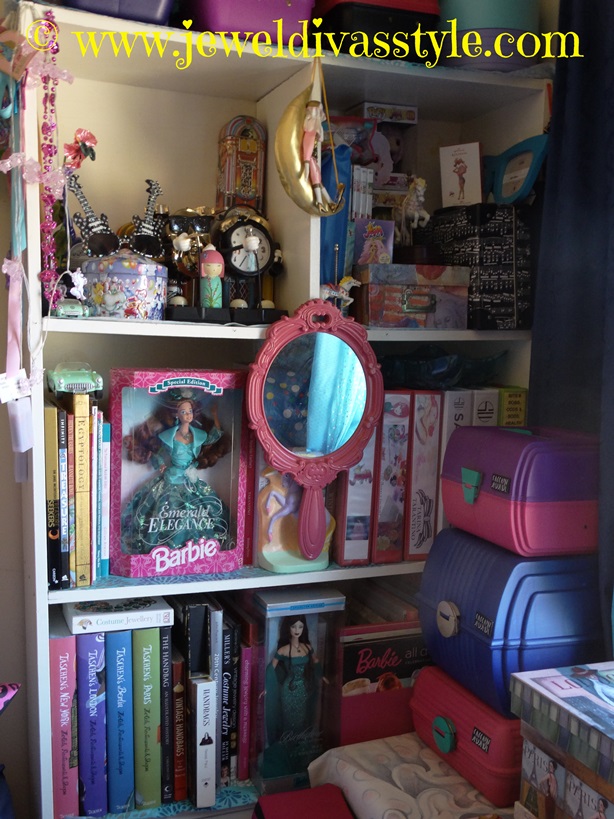 This side of the bed you’ve seen a few times, but now it’s home to more Caboodles, and all of the spare containers leftover from the overhaul are being used at my new nightstand. The desk had a clean out and was reorganised in the cubby underneath. There’s so much stored under there it’s ridiculous. I also re-organised the top of the jewellery cabinets and put some perfume bottles in the pink Nail Caddy Caboodle so they’re out of the way and only the best ones are on show. 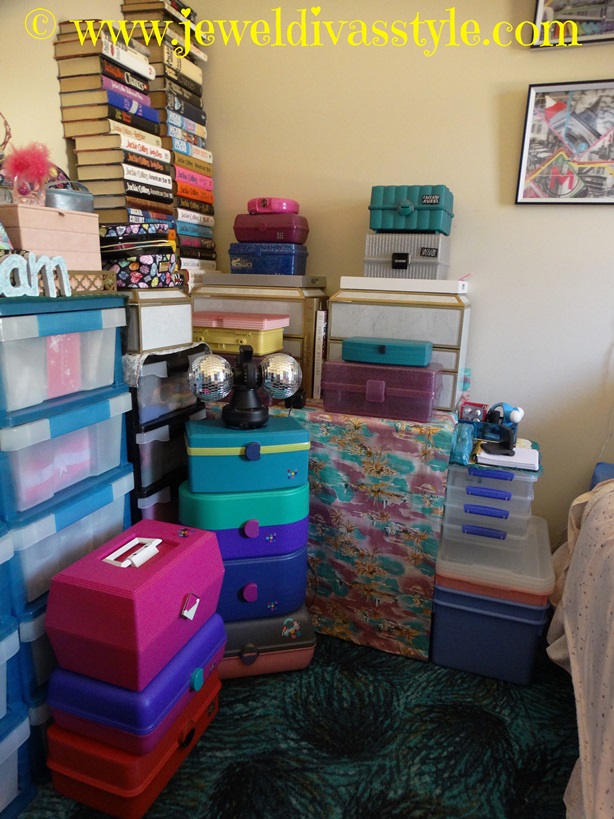 Well, that’s the bedroom makeover. Not as big as the office makeover, but a lot was reorganised into containers and repacked. You can’t see it in any photos, but there is a huge plastic storage container between the bed and the trunk under the window that was repacked with all of my music folders, cassettes, records, music books, etc. That all came from the tv cupboard in the office as I wanted to clear it out and store it all together.

Isn’t that a goal for everyone? Have all of the same stuff in the same place at the same time stored neatly on a shelf or in a container. I’d love to be able to do that, and I’ve tried in the last year, and especially with this clean out. But it’s so damn hard when you don’t have the space to even store the containers, let alone have everything on display.

Oh well, when was the last time you guys overhauled the bedroom?