So last year I blogged about getting the Samantha Wills Cassiopeia bangle off eBay and how after three months it had broken. 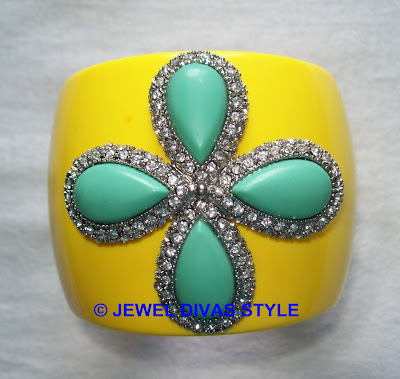 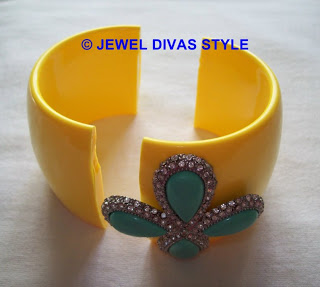 Well, after conferring with one of the girls from the company, a replacement was kindly offered, which I accepted. The ornament is a darker green so it does not go with the set I’m about to show you.
Years ago Samantha released gorgeous earrings called “Bardot” in an aqua colour. She recently released them again and I am still trying to track down a pair. 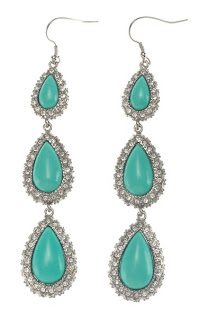 And last year, I saw a huge bulk lot of beads on eBay and amidst the mess I saw some familiar charms and findings.

Turns out, the person was selling a tonne of SW rejects, or mass lots of beads, not sure which but she had them anyway.

So I went through the lot and dug out all the good stuff, threw away the crap, and sorted through the rest.

I wish the charms were still intact as the earrings but it looks like they had been pulled apart. So, all I had was three mint coloured charms (not aqua like the earrings but still nice) on their own to do something with. And finally, I came up with what to do.

I not only used the yellow beads I had just bought on eBay and used for the designer inspired “Skies are Painted” bracelet stack I showed you, but I raided my bead boxes and found my green beads. After some comparing of shades I settled on the mint crackle beads that went perfectly with the charms.

After thinking about the design I decided to go with three. There are three charms so three rows of beads. Three yellow beads on each needle, and three yellow bicones around two mint crackles.

One, two, and three rows of beads to hang the charms off and here is my “A Bardot Summer” necklace and matching 5 piece bracelet stack with some mint dangles. 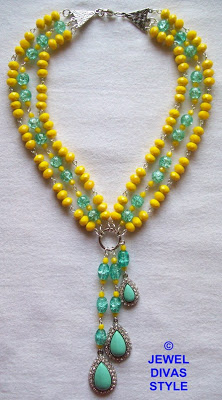 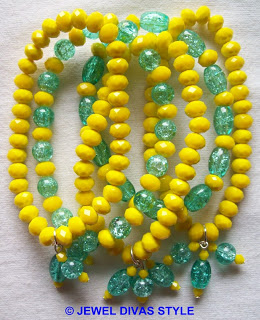 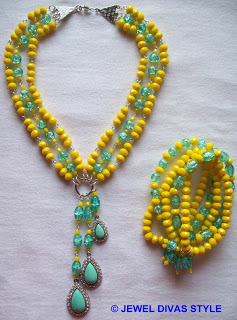 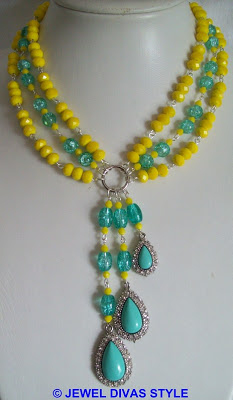 I’m hoping to get the earrings to match although I think they may be more blue than mint. I’m also hoping to make my own earrings and extra bangle with the left over charm sets I’ve got. Just have to find the right yellow bangle and some sort of yellow discs to glue the charms to for earrings.
So, here is my version of a “Bardot” necklace, even though Sam never did a necklace like this. She has done simple charms on chains, and more complicated necklaces using the Bardot shape, but nothing like my “A Bardot Summer” jewellery set.
I really can say it’s one of a kind!