Many books stores have closed down around Australia over the last five years or so. My local Angus & Robertson, Borders (owned by the same company that owned A&R), smaller independent stores and now a South Australian owned store of more then 20 years, The Book Boys (which moved into my old A&R in my local centre). There aren’t many left in S.A., or Aus in general. Dymocks and QBD I think is roughly the only ones besides a few second hand shops and small minor independently owned ones.

Large stores like Big W, Kmart and Target still sell books, although I’ve also noticed Kmart and Target’s book departments are being reduced, only Big W seems to have survived and still has fairly healthy sections.

The problem, like all stores, is that reality and big name authors get right of way on shelves. In Big W there were rows of cooking, diet and exercise books, celebrity biographies by celebs that more than likely didn’t write themselves, and big name authors like James Patterson (who doesn’t actually write most of his books), and any other author who has a book out at the moment.

While it is a good thing that books are moving into different formats for people to buy, such as kindle, epub, iBooks etc, there is nothing better than waiting for your book to come, or picking up a book in the store and looking at the pages, smelling that book smell, seeing that glorious colour and getting your hands all over it.

That’s why I picked up this beauty, along with the Megan Hess one from a few weeks ago, before my local Book Boys closed down. Who doesn’t love reading about lost treasure and all the jewels they dig up from the bottom of the ocean, once though long gone and lost forever? 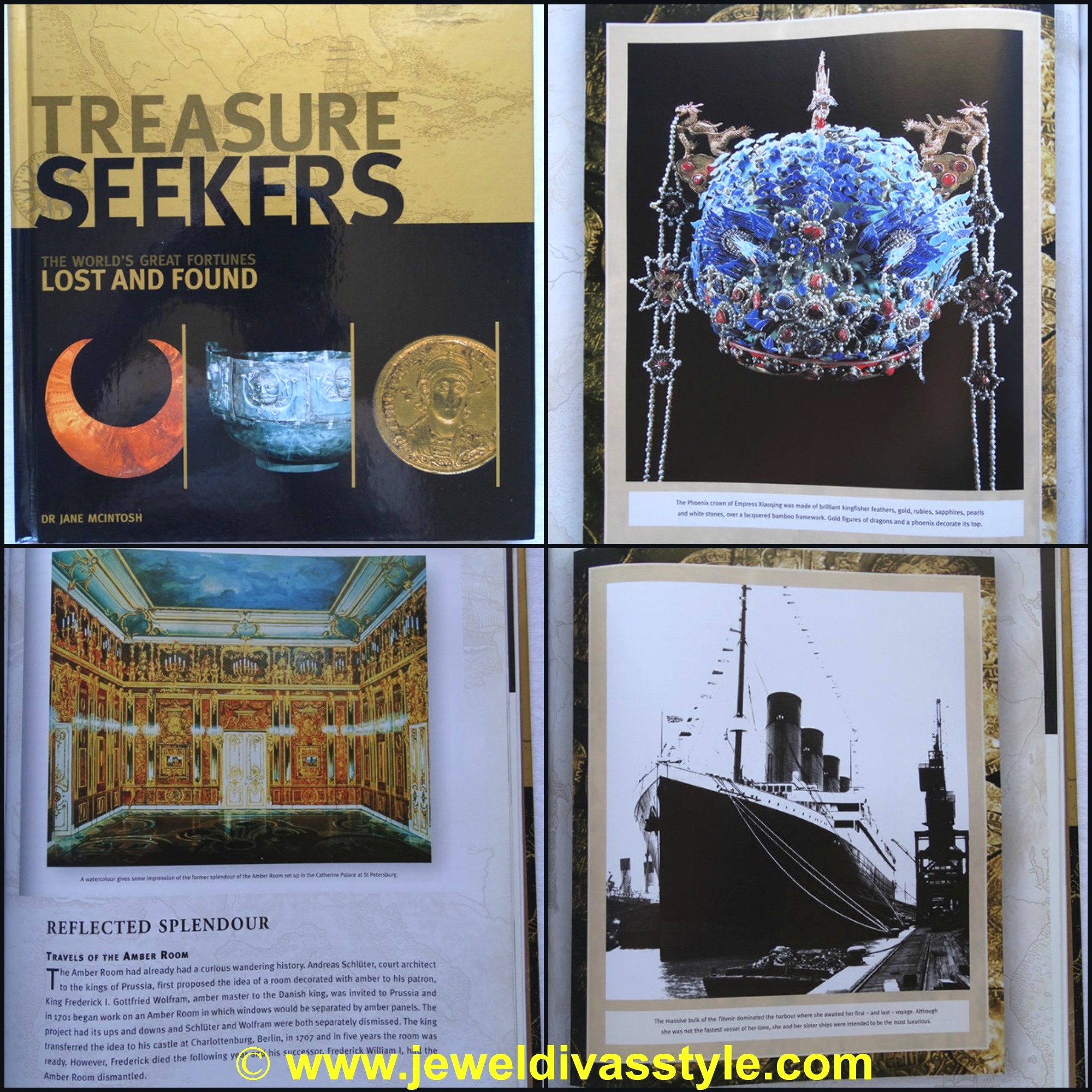 It’s funny, not long before I got this book there was a documentary on SBS, a channel here in Aus, about Germany, Nazis and the treasures they stole, the Amber room, from the Catherine Palace in Russia, pictured left bottom, was one of them.

The Nazis stole the wall panelling from the room as it was made from pure Amber, and hid it with thousands of other treasures and it has never been found since. The current Amber room is a replica that was started in 1979 and was finally finished in 2003.

Read more about it here at Smithsonian Mag, and here on Wikipedia.