I first self-published book two and three in 2011 and my first in 2013, the rest in 2014. But I didn’t realise that I had already self-published many a year ago.

When I was 12 and in year 7 at primary school I did two books, The Golden Key and the Junky Joke Book.

The Golden Key was a school project where we teamed up with someone else and wrote and illustrated a book for the school library. I wrote it, another kid illustrated it and we put it together and made a book.

My first foray into publishing.

I was a huge fan of 80s pop group Pseudo Echo at the time and had a mad crush on the drummer, so he featured in the book. Because we didn’t get to keep it, I made myself another one years later. 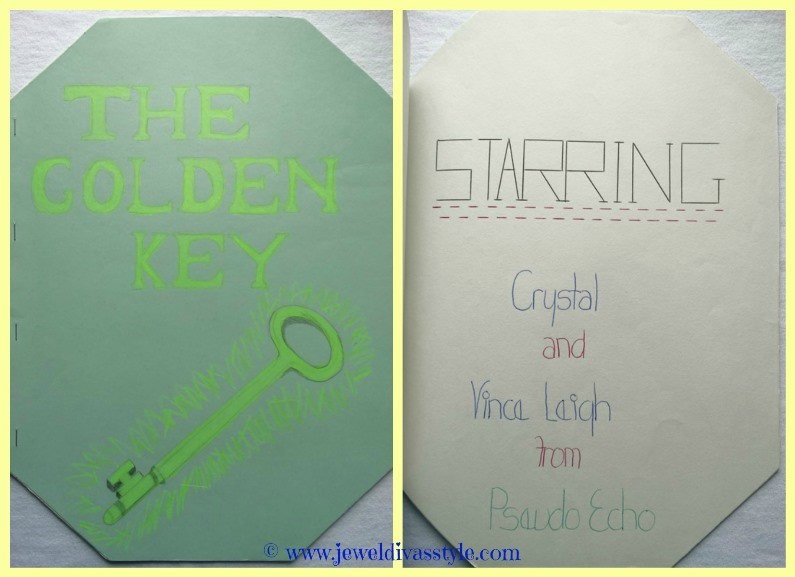 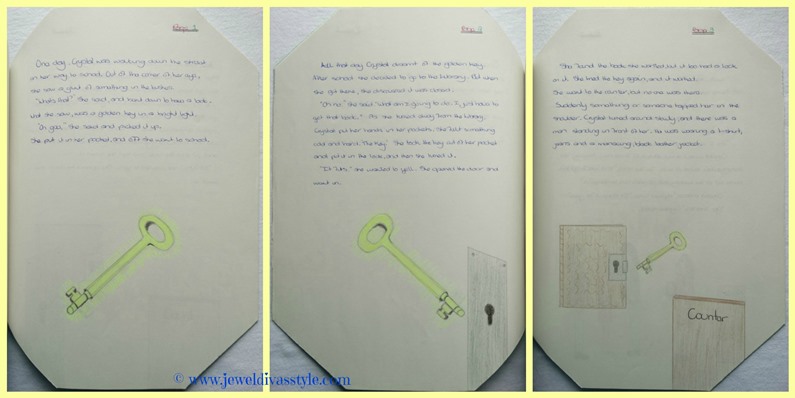 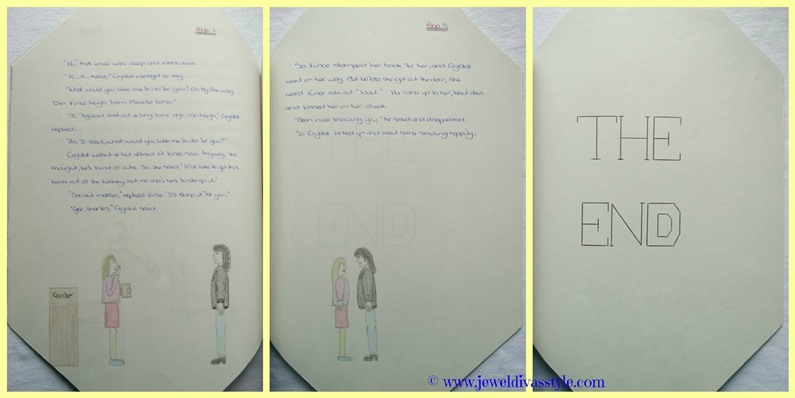 The Junky Joke Book was a computer based joke book we made up on the old Apple computers way back in 1986 when not much was done on pcs.

It’s all done with pixels, I think, and we just coloured them in later as well as drew in what we couldn’t do on the pc. I ended up keeping it. Not sure how, but figured my hard work was not going to anyone else. There are more pages but these were the best ones. I’ve also blanked out the names of the other authors. 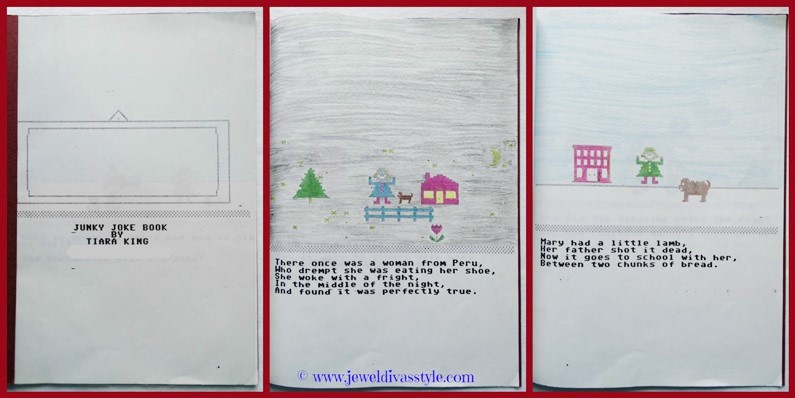 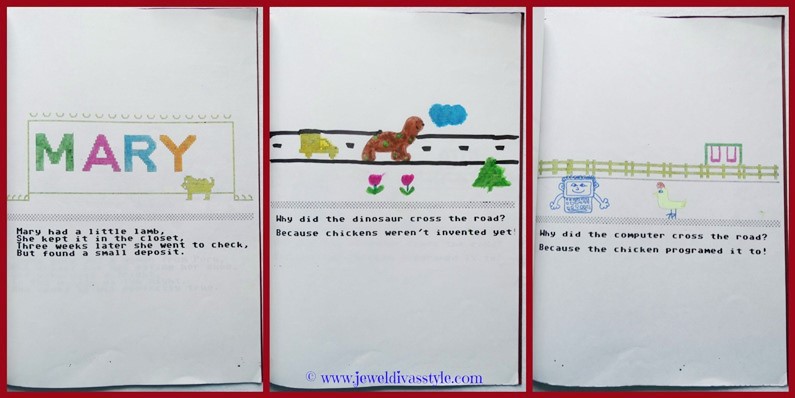