Last night in my area, just one house away, there were several loud bangs. At first I thought it was the neighbours down the back as they were working in the garage, but when I looked out my back window I heard another loud bang and a big orange fire ball of a mushroom cloud rose up above the neighbours roof.
I freaked out, running around the house thinking the playground was being bombed and blown up. I dialled 000 and called for police assistance and then went outside when I noticed other neighbours were outside as well.
After about 5 minutes, the police and fire brigade arrived and put out what was still a burning fire.
This morning, I went next door to the park and expected some of the play equipment to be on its side after being blown up, but all I found was this….. 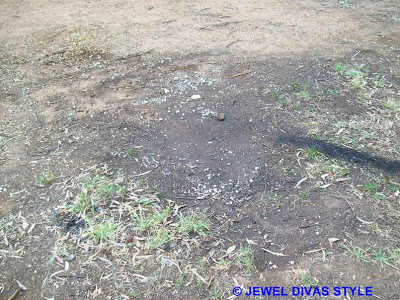 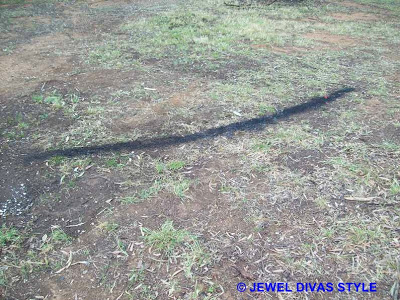 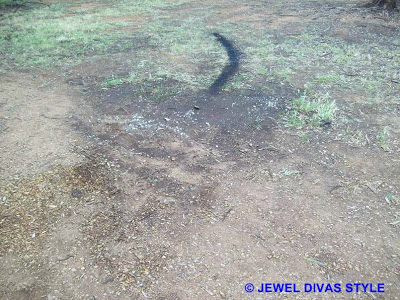 Unfortunately, this isn’t the first and it won’t be the last thing that happens in my area.

Last night was not the only night when explosions have happened in the park.

Every new years we get fireworks going off, and last new years, the neighbours across the road thought it would be funny to let off fireworks in the intersection of my street and theirs. THREE TIMES they did it. How stupid.

Christmas eve and new years eve 2004 saw the old neighbours get their trees burnt down, and their fence borders my house at the back so I was out hosing down my roof and lawn. There were two other fires in the neighbourhood that night!

And then there’s the accidents, murders and deaths.

There’s been shootings and murders around the corner at the soccer centre.

A guy across the road tried gassing his family to death and attempted to blow up his house with all the cops, ambos and fireys outside.

A man down the road tried to kayak across the strait between South Australia and Kangaroo Island with a mate and they both drowned.

A woman had just returned home from a stint in hospital, to be left alone in the house bedridden while a cigarette set the spare room on fire and she ends up back in hospital and dies.

I find that quite suspicious as she didn’t smoke, was in her bedroom, there was no one else in the house and yet a smoke was smouldering in a waste bin in the spare room. Highly suspicious.

There’s been rapes, murders, break-ins. In the early years I had kids bang on my windows late at night or ride their skateboard down my path and along my porch.

I’ve had an attempted house bombing from someone leaving a parcel of barbeque heat beads smouldering on my porch.

The flat across the road was broken into by kids, and when I called the police and they came and took statements, and then took the kids, who had the guts to come back for more stuff, they told me nothing was going to happen.

I’ve had my outside light globe stolen and a garden frog statue put on the porch as some sort of offering instead.

The old next door neighbour painted cars and had a lot of paints, acrylics and solvents in his yard and then one day his backyard started smouldering and he wasn’t home. His wife also got drunk one night and banged on their door yelling and screaming down the neighbourhood. They also claimed their van was stolen and torched but I have my suspicions.

This area has had so much stuff happen I declared a long time ago it had bad karma. The whole area just has bad karma. Too much shit happens, and while I know other suburbs and states do have stuff happen, and Queensland is one of them, at least it would get me the hell out of here. I spoke not long ago about moving to Queensland’s Gold Coast, and I still desperately want to, but I may have to put up with all the garbage going on up there as well.

But still, I can’t wait!