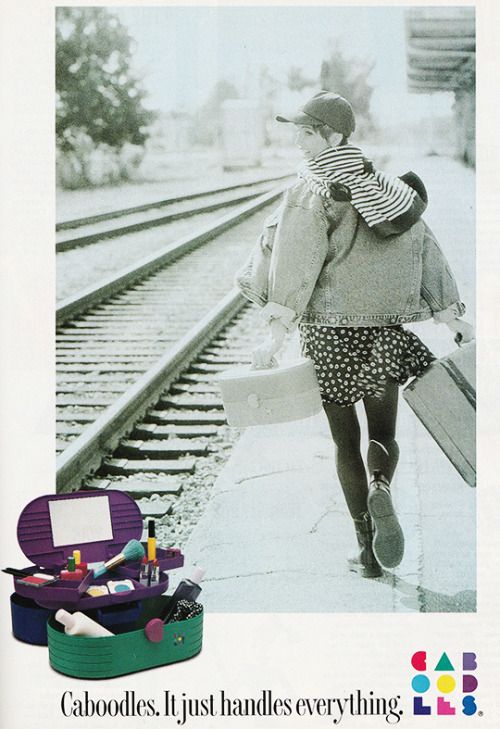 Over xmas I decided, along with buying everything else I was suddenly in a mad frenzy to buy, that I’d relive my childhood and finally own the Caboodles and Sassaby cases I longed for as a 20-something in the 90s.

We first had Caboodles in 1990 when I bought my first one with xmas money from my sister. They were $40AUD back then, and only available in one of our large major department stores. In the mid to late 90s, they became available again in a chain store, for a little less thank goodness, and I scored myself a cosmetics tray and a travel case  for $10AUD each, and mum scored a gorgeous purple and mint case, which I later bought off her.

I had also managed to find multiple knock-offs which I had.

Little did I know when I went searching that there was such a variety of styles and colours. I’ve come across multiple adds for Caboodles and have printed them out for my collection of paperwork. I’ve also discovered that the current new crop are not as strong or efficient as the old, which are still the best.

This is part 1 of my collection, part 2 will come in a couple of weeks, and I do hope, regardless of the current economy, that I will be able to buy a few more this year.

So let’s get into what I already had, and what I bought.

These are the ones I already had. The top pic is of three originals and four knock-offs including two minis. The knock-offs were $2 each from cheap stores, the top mint was off ebay, and the tray and bottom were $10 each.

The bottom pic is of two knock-offs on top for $12AUD each, and then my original birthday present on top of the mint and purple one I bought off mum for $7. I had them stacked to use as a bedside table. 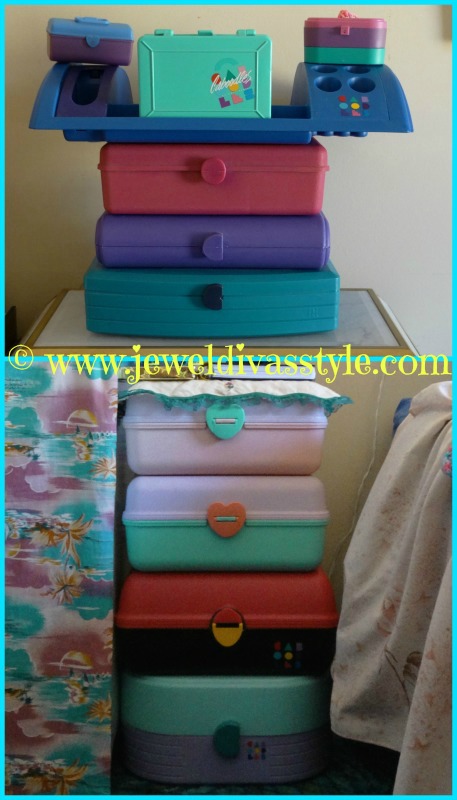 Here are the ones I’ve bought so far this year. 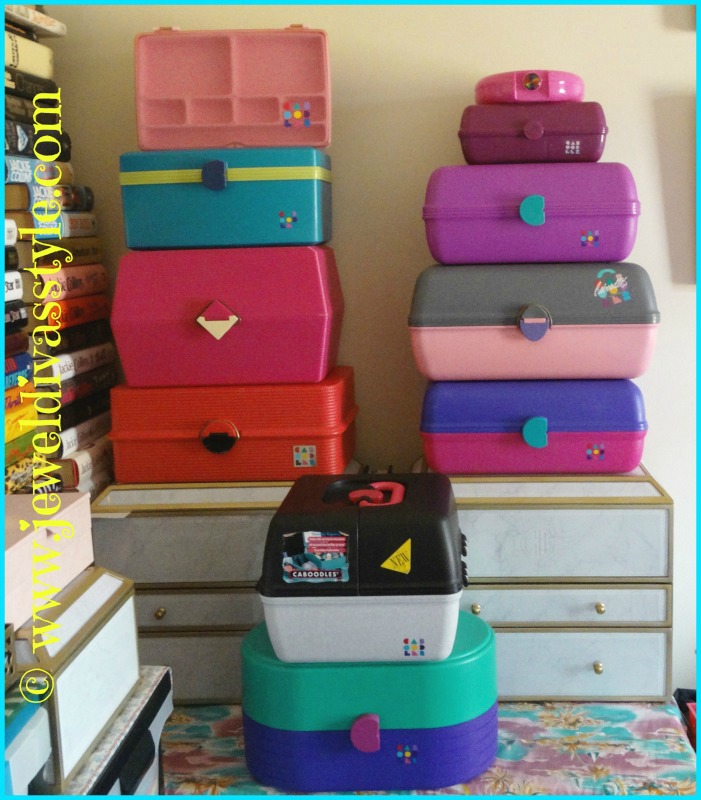 So let’s get into the first two. 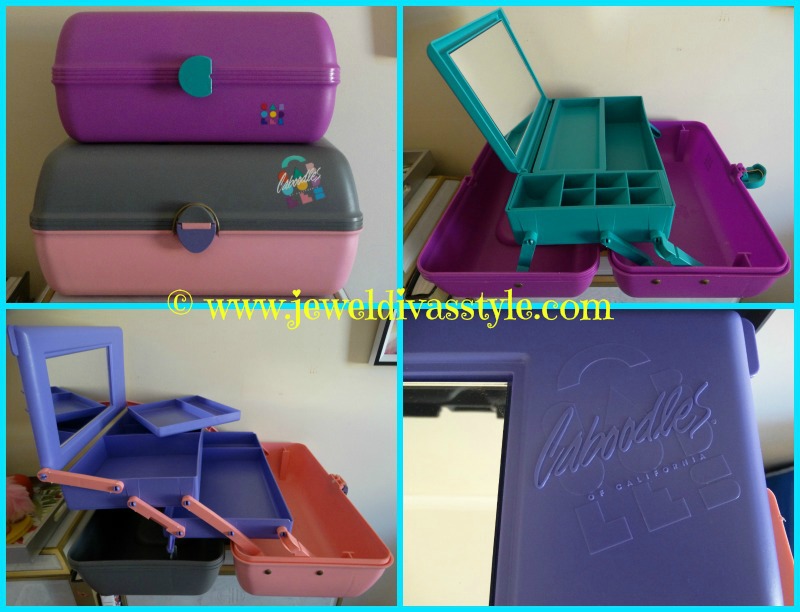 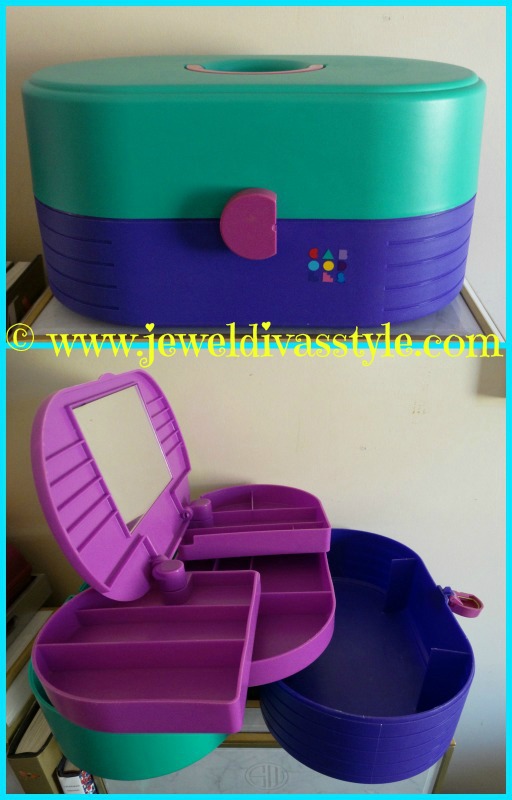 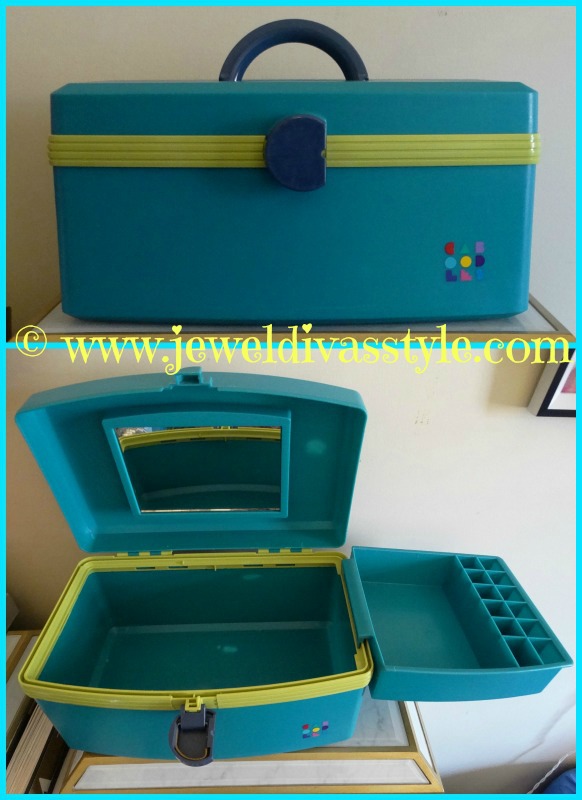 That’s it for this post, I’ll leave you to drool over these until the next one.