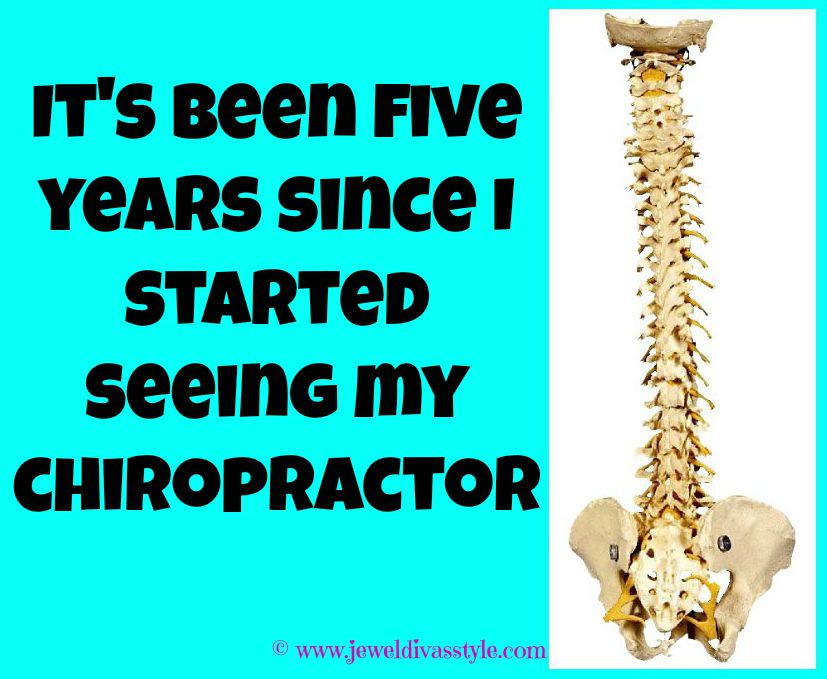 Five years ago I had finally had enough of the pain racking my body and wanted to do something about it. It had been a long build-up, I’ve had back pain and a curved spine since I was 18, had lower back pain from then. In 2004/05 I started experiencing sharp pain on my right side back, but it only happened when I bent over.

The pain escalated until it was crippling, and I was physically crippled if I bent over even for a few moments, and on top of that, the pain in my right front side had become unbearable. This pain I had always associated with my menstrual cycle, but after fluctuating in severity it had disappeared in 2008, only to re-emerge in 2009 resulting in me having a laparoscopy to find out if something was wrong.

It wasn’t, but that didn’t stop either pain. In July of 2010 a chiropractor set up shop in my local shopping centre which I live right behind, and a few weeks later I was a new patient.

After having x-rays done I was shown where my spine was and shown where it should be. I was so out of alignment it was ridiculous. My head was forward and bent left, so I had what’s known as a dowager’s hump. My back killed me from having a bend in it for 18 years and being told it was scoliosis. My lower back could barely help me stand for ten minutes before I needed to sit down. I had painful bones and sore skin, that if you grabbed me, even lightly, would hurt. I felt bent, buckled, squashed, and it was all because I was just that. Bent, buckled and squashed.

After one year my back was straight once again and the middle back pain had subsided. My neck and lower back no longer had freezing spots caused by sciatica. My migraines had dulled to a loud roar and I could stand longer than ten minutes without needing to sit down or feeling exhausted.

After five years, I’ve gone through painful hell. As one issue is dealt with it stirs up another,and when that’s fixed another arises. It’s like lining up dominoes and then knocking the first down, each one falls into the other until they are all done. That is what is happening with me.

After five years my back is still straight, I don’t have the back pain I used to have except occasionally, the left hip pain is pretty much gone, the migraines I still have. Do I still suffer sciatica, absolutely, but it’s not what it used to be and I still don’t sit cross-legged or bend over the way I used to because she told me not to.

After five years the only parts of my spine still stuffed are the very top and the very bottom. My fifth lumbar shifts against the sacrum and everything goes out of alignment and causes aches and pains. It sucks, but I can deal with it. I still get headaches, but unlike before when I used to suffer from all four versions of migraines, I only suffer from 1-2 versions, and they’re the same all the time, the pounding across the back of my head.

I also still suffer from my right front pain, an issue I bought up with her last time I went and after all this time even she was confused as to why it’s just the one side and what it could be related to in my back.

I thank God for my chiro, and detest critics of chiropracty, I also detest people who barely know me, barely know the breadth and width of my issues, yet tell me what I should do to stop my migraines.

My migraines were never caused by food, or the way I slept. They did seem to spring up when blinded by light, deafened by loud noises or after sitting in a hot stuffy room, but I also know they are the aftermath of the real issue. A head bent over the desk or computer. 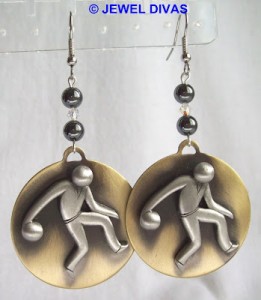 We have a head the weight of a bowling ball!

For anyone making and creating, or writing which I also do, it is the same issue that anyone constantly looking down at their phone and tablet face. The weight of our head is more than a bowling ball and to put the strain on the neck causes the grief.

I will continue seeing my chiro, for how long I don’t know, but as she told me five years ago, “it took you 18 years to get like this it will take a while to fix”. Five years ago my mother had the same issue as me, but they were worse. I tried convincing her to become a patient but she flat out refused, and now, she’s a hundred times worse than she was. I don’t want to be like that, so I will continue helping my back get better and hoping I can finally rid myself of these issues.