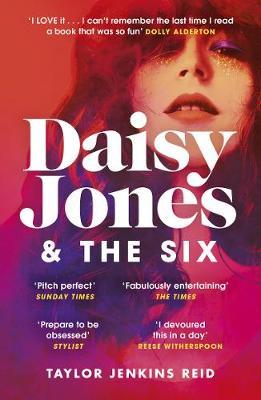 They were the new icons of rock and roll, fated to burn bright and not fade away – until it all came crashing down…

There was Daisy, rock and roll force of nature, brilliant songwriter and unapologetic drug addict, the half-feral child who rose to superstardom.

There was Camila, the frontman’s wife, too strong-willed to let the band implode – and all too aware of the electric connection between her husband and Daisy.

There was Karen, ice-cool keyboardist, a ferociously independent woman in a world that wasn’t ready for her.

And there were the men surrounding them: the feuding, egotistical Dunne brothers, the angry guitarist chafing on the sidelines, the drummer binge-drinking on his boat, the bassist trying to start a family amid a hedonistic world tour. They were creative minds striking sparks from each other, ready to go up in flames.

Taylor wrote The Seven Husbands of Evelyn Hugo which I really liked and seemed to be very loosely based on Elizabeth Taylor. This book, I didn’t care for.

There was a lot of fanfare and hoo-hah over this book, I have no idea why.

A band making its way through the 70s hyped up on drugs and alcohol. Oh, wait, what else is new? Slowly making their way up the charts with their music while on a parallel path is a young female singer full of drugs and alcohol making her own way, stubbornly, and with both on the same label, the powers that be put them together.

Billy, the lead singer, and Daisy, the female, are one of those typical couples who aren’t together and fight because they’re so opposite. But realise, by the end of their musical career that they’re close to being obsessed with each other. Except a wife and husband are in the way. Sure other stories happened in the band, as it does, but there was no real drama, no murder, no mystery, no nothing.

Daisy is a narcissistic pain the ass who thinks she can do whatever she wants and to hell with everyone else and I felt like slapping her a lot. A LOT! Billy is struggling with his demons as many did.

For such an incredibly boring book seemingly based loosely on the singers and musos of the 70s, Janis Joplin comes to mind, this book does not live up to the hype, especially all of the “reviews” that cover the inside front cover and the first three pages.

I had first seen this book online when looking at something else and read the reviews, making it seem like the next best thing, but I disagree. It’s as boring as hell and didn’t deserve to be a book.

I can’t even rate this because to me, it’s not a book, not a fictional novel. It’s a fictional music interview in book form. There’s no substance, no real story, and is a re-telling of the usual events that lead to a band on the rise breaking up. Which was the usual events and not the dramatic overtures the blurb eluded to. 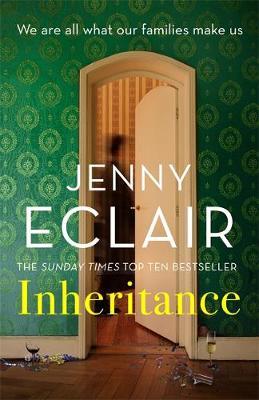 Inheritance by Jenny Éclair (the British host and comedian)

Beginnings, middles and ends; Peggy, Serena, Natasha and Bel. This is the room that binds them, this is how consequences work . . .

In deepest Cornwall, the mansion Kittiwake has seen many pass through its doors since it was bought by American heiress Peggy Carmichael seventy years ago.

Over the decades, the keys have been handed down through the family, and now it belongs to Bel’s adoptive brother, Lance. It’s where he’ll be celebrating his fiftieth birthday, and Bel is invited.

But Bel barely feels like she’s holding it together as it is, and in going back to Kittiwake, she will be returning to the place where it all began – where, following the death of a child, a sequence of events was set in motion, the consequences of which are still rippling down through the generations . . .

This book seemed like a great read, death, mystery, sex, babies. But by the time I got to the end it, it left me confused as to what had just happened.

The last chapter wrapped up some of the mysteries woven through the book, but the end of the chapter left many questions unanswered. Such as, what had just happened to one of the female characters, and who was her father?

The epilogue told a completely different story to the one I’d just read and left me confused to what had actually happened. So as I write this, I still have no idea what was the real part of the story. Was it the ghost of one woman taking care of the other? I have absolutely no idea.

While an interesting story, it didn’t end neatly. Not everything was wrapped up, and as I said above, questions were left unanswered. Much like The Seven Deaths of Evelyn Hardcastle, the ending made absolutely no sense whatsoever unless we have to figure it out for ourselves. And I hate books that don’t conclude.

The main story meandered along like a slow moving river, and I still don’t see the point of Maisie, to me, an f-grade character. She brought nothing to the book, her story was boring and bland, she was basically a user, whereas a main character barely had her story told. She ended the book without really knowing her parentage, the book ended without me really knowing her parentage, and this book was just loosely based threads wound together to try and form some sort of tapestry for a novel.

It just didn’t work. For me, anyway. 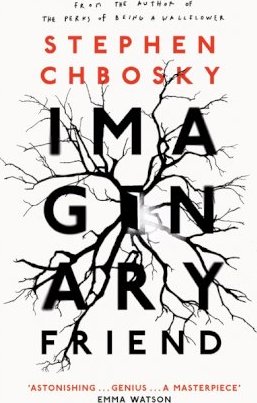 Imaginary friend by Stephen Chbosky (the perks of being a wallflower)

IMAGINE…
Leaving your house in the middle of the night. Knowing your mother is doing her best, but she’s just as scared as you.

IMAGINE…
Starting a new school, making friends. Seeing how happy it makes your mother. Hearing a voice, calling out to you.

IMAGINE…
Following the signs, into the woods. Going missing for six days. Remembering nothing about what happened.

IMAGINE…
Something that will change everything… And having to save everyone you love.

Jesus bloody Christ on a unicycle!

This book is one of the most long-winded, convoluted books I’ve ever read, next to The Seven Deaths Of Evelyn Hardcastle, and I couldn’t put it down simply because I wanted to see what happened at the end. Not because it was an interesting story.

What you think is a story about a child’s imaginary friend turns into a story about god and the devil. So unbelievingly ridiculous that a seven year old boy could do what he did. He had the comprehension and language skills beyond his age, but that was really “god” speaking. He and his school friends seemed more like twelve or fourteen. There were sub-plots that didn’t make much sense except to add length to the story, and it reminded me of Stephen King books, but with a side-step into the unbelievable and without so much gore.

It’s confusing, tiring, and a long read, and I couldn’t wait to find out what happened at the end so I could put it down. It took me over ten hours.

From someone who calls herself self-partnered, I wouldn’t be using those words to describe a retelling of the battle for humankind between god and the devil and using a seven year old to do so. This book is almost a combination of Lord of the Flies, Supernatural (the tv series), and the Bible.

I do give a lot of kudos to the author for the meticulous planning this would have taken, dragging out every scene and adding so many, and keeping across so many characters and who they were in relation to each other and what they did.

Scenes were left unexplained and the book didn’t go back to explain them, almost as if scenes were cut to keep the book short, even though it’s 705 pages and in small print. You’ll need a good light, or glasses, to get through it. I’d say the book is a good 500,000 words plus and 300,000 could have been cut. Easily.

I feel sorry for the poor little kid. Seven year olds aren’t so mentally with it as they’re still learning how to read and write, and he has dyslexia, so as someone who doesn’t have kids, I could really feel that maternal tug at wanting to protect him, especially after he wandered off and was kidnapped. I did cry towards the end cause, you know, death. And the death of a child or children rips me to shreds and always makes me cry.

I give it 3/10. Purely for the stupidity of putting god and the devil into a seven year old child’s dreams and using him to destroy the world AND making it over 700 pages long.

That’s it for the book reviews. Next week it’s programming as usual come Monday.