November has been fairly slow, I did a lot of work, typing up a novel due for release September 2018 and I still have over half to go. It’s been cool, it’s been warm, it’s been bloody hot. I hope December isn’t like this.

Everything I’m wearing is bought by me and not gifted. 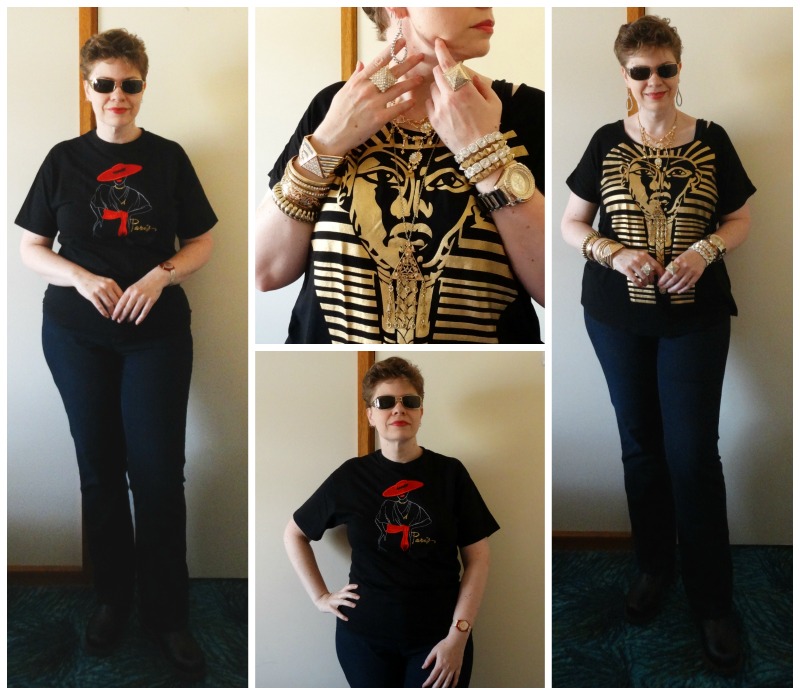 RIGHT AND MIDDLE TOP PIC: Egyptian top, originally Autograph, but I got from eBay. Jewels: bangles from Lovisa, stack from Jewel Divas, everything else a mixed bag. 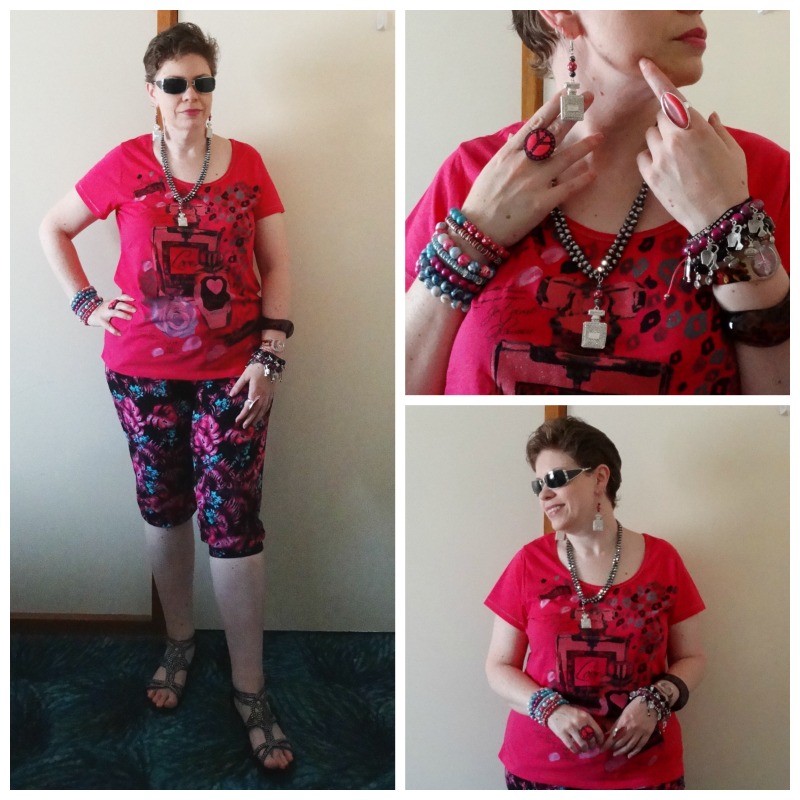 PANTS: Millers from a few years ago 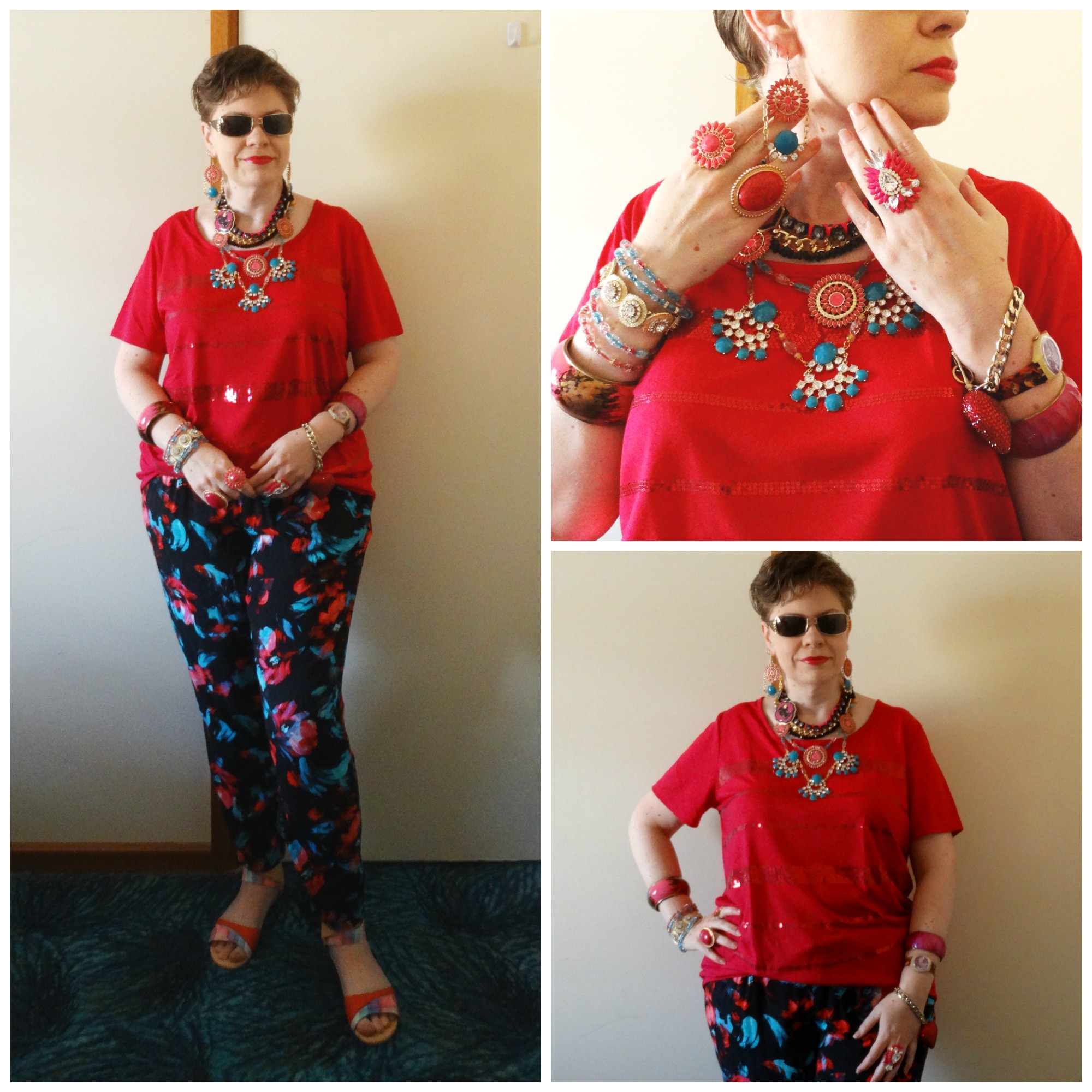 PANTS: Millers from a couple of years ago. 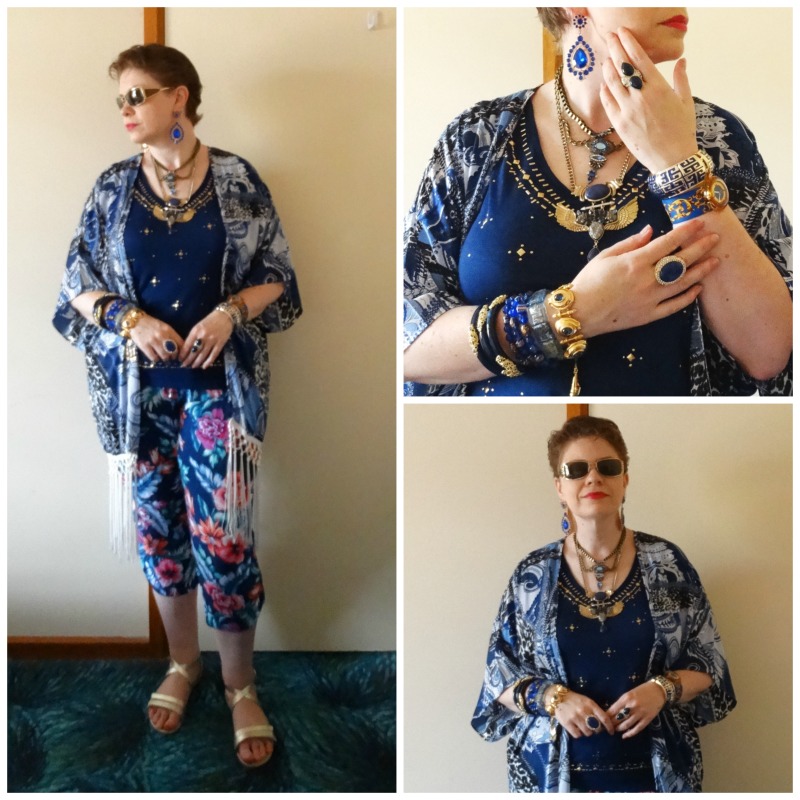 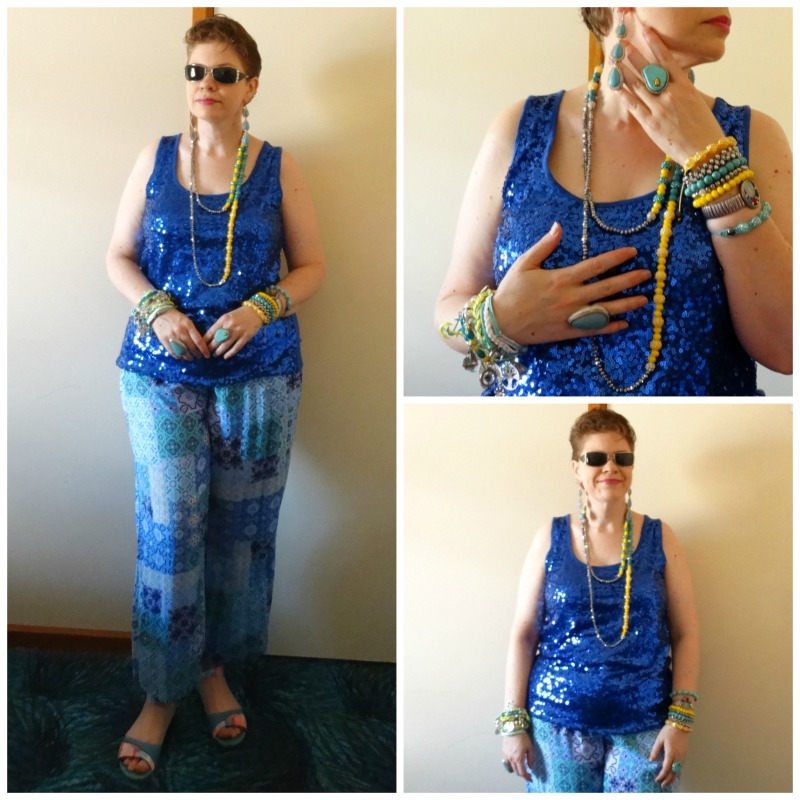