This is a new series of blog posts showing the world the kinds of things I got up to as a kid. An insight into me.

When I was a child I watched a show called Wombat which Agro starred on, after that ended he went on to have his own show, Cartoon Connection. 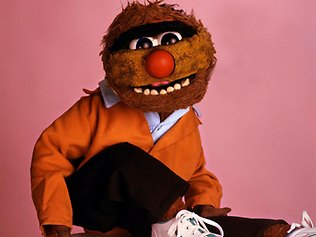 Kids could write in to Agro and send him a bag of gravel which he loved to eat, and in return the letters would be read out on tv.

I nearly missed it too. The tv was on and I was walking from one room to another when I heard my name called out and my letter was being shown. I was so excited I ran into mum’s bedroom and got her out of bed. I was about 8 or 9 at the time and received the following letter from the bathmat (what he jokes about being made out of) himself. 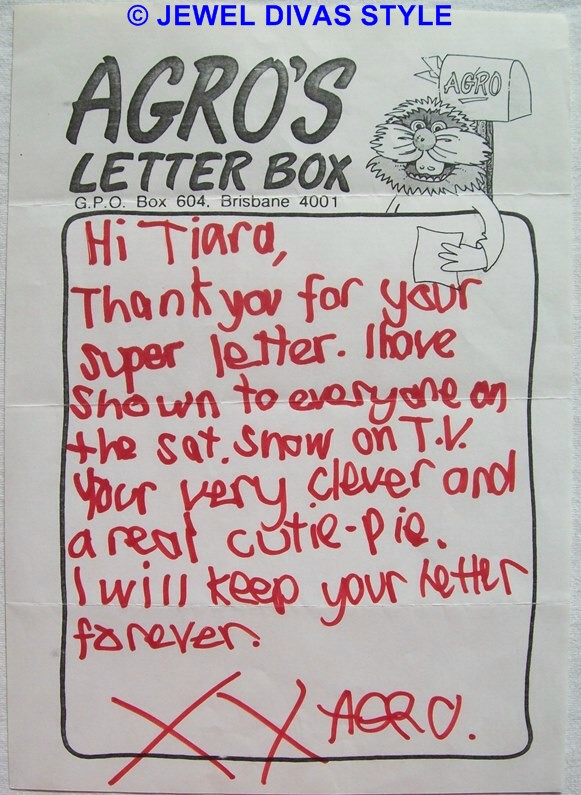 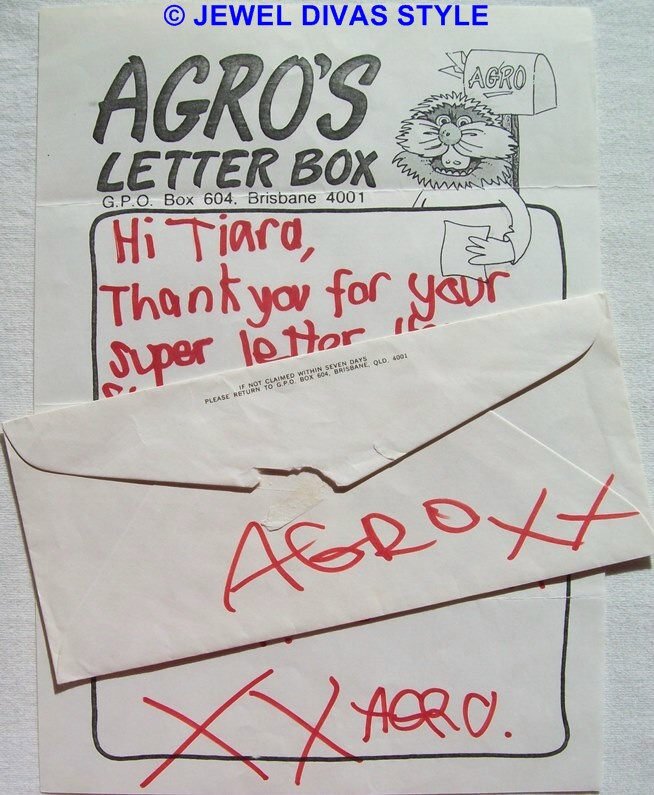 He said he would keep my letter forever!!!!

Well I certainly kept his!!!!

I have an Agro stuffed doll and a mug, they’re around somewhere.

Agro is back on our screens on channel 7 recently and I think he’s going to be a bit of a fixture.