Who would have thought setting up the exercise equipment you want to use could be such hard work in itself!

I have found that my girth has expanded in recent years, like most other people, and am not the svelte self I used to be. I know that’s mainly down to lack of exercise and so I decided to do something about it…hopefully.

Once upon a time when I was in my early 20s, I was able to lose weight just by cutting the carbs and eating protein, but alas, times, and decades, have changed. In recent years I could only lose roughly 3 kilos (half a stone or 7 pounds), by drinking meal replacement shakes twice a day. You get quite sick of them after a while, and quite sick of not losing the weight you want, so, it’s an exercise bike for me…from Kmart, of course.

For $59, weighing in at 11 kilos (almost two stone or roughly 26ish pounds) it measures in at 74cm long, 46cm wide and 100cm high, so quite small compared to the ridiculously huge Elliptical Trainer I had ten years ago. I shredded both of my knees on that but thankfully, I have only had a sore butt this time around and probably due to putting my lower back out as my chiro told me when she pushed me back in. 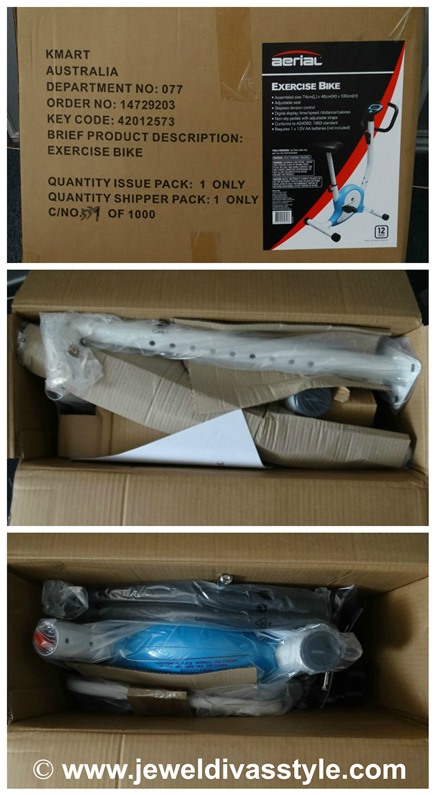 It took me just over an hour to put it together as most of it was relatively simple and straight forward. The only hard, or long parts, was trying to connect the tightening mechanism inside the posts and getting the black rubber grips on the hand section. I needed to use furniture polish, this is recommended in the instructions, and it took about fifteen minutes for both handles. 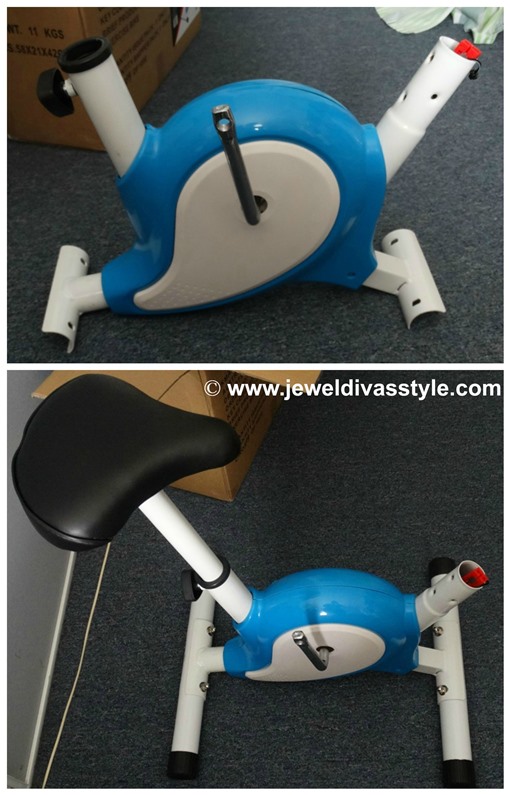 And here she is, and she’s BLUE! You all know I love blue and pink and didn’t even realise it was blue until I got it out of the box…even though the picture on the box is of a blue one…doh! 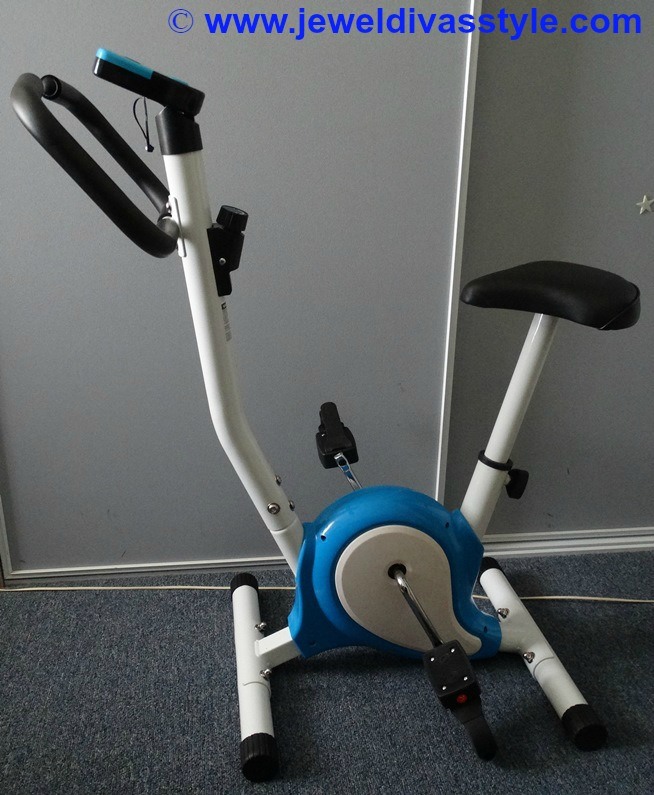 I’ve been going two weeks now and yes, I’ve also changed my diet. A one egg omelette with cheese in the morning, a healthy salad and meat wrap for lunch, and soup or veggies for tea. I stopped all Pepsi Max except for the weekends so it helps reduce the gas in my stomach, and I cut the carbs except for Saturday lunch. I jump on at 3pm when Extra is on, go as long as possible, and then lift weights for ten minutes. I’ve been feeling fine, except for the sore butt. I’ve had no cravings for sugar, chocolate or other carbs, nothing, and I’ve currently lost…….