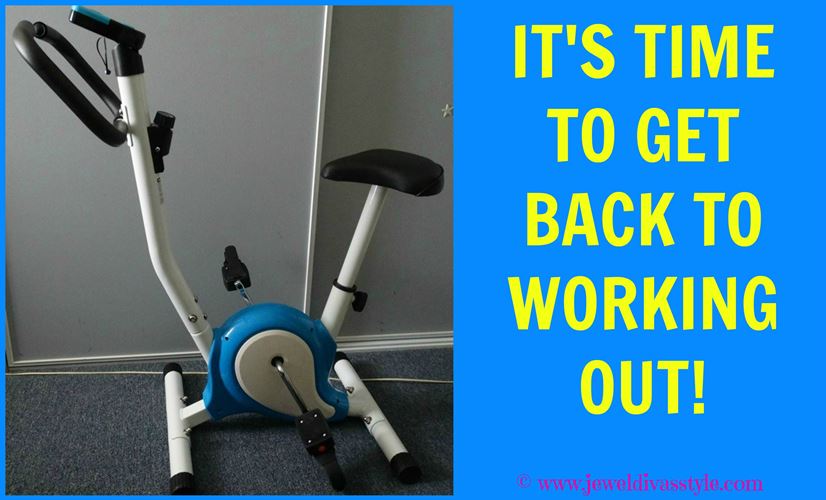 This time last year I told you all about the new exercise bike I’d bought from Kmart to try and combat my expanding girth.

Well, I went at it and lost 4 kilos in two weeks. It took me another four weeks to lose another 2 kilos and slowly I lost another 3 kilos after that.

Sadly, I also gained 4 of those kilos back and have stabilised since at 90 kilos, or roughly 14 stone.

I had started Zumba in Feb of this year and stopped in late April when daylight savings started as I was doing three hours of Zumba in the afternoons. Even after doing that three days a week I did not lose weight. But I didn’t gain either.

So, after trying not to eat too much junk through winter I’m back to exercising on the bike as of two days ago. The poor bike went through the wars in the 9 months I used it. It lost its pedal straps because they split, and the speedometer broke off. But even with broken bits I can still use it and plan on starting again.

I’ll see how much weight I lose this time, hopefully I’ll get down, but considering I’m sedentary due to having to sit to write and create it’s hard to work standing up.