I don’t know whether I have ever mentioned this, but I buy designs, not designers.
And with designer prices being so ridiculously expensive, sometimes I would rather buy what could be considered a knock off than the real thing (whether that’s the done thing or not), although these days chain stores and eBay sellers are calling them “designer inspired”.
I’m also rather crafty, and would rather make a similar version for myself, than spend $135 on a four bead bracelet set that I could make for around $10 or $20.
You may have noticed I have a lot of Samantha Wills jewellery. I love a lot of her pieces and would love to own more of them, and am slowly working my way through a back catalogue of pieces I’m after from eBay. Thank God there’s only a few pieces from her recent collections I’m after otherwise I’d have a list as long as my arm.
Oh wait, I do.
I’m also not the first person to think the prices are too high for one’s budget (I’m forever reading comments all over social media sites from people who cannot afford the full prices but would love the piece), and so I only buy on sale and from eBay.  In fact, that’s where all but two of my pieces have come from. These treasures always seem to need a new home as their owners want to sell the old pieces to have money to buy the new ones.
So, a lot of pieces I’ve bought recently could be considered knock offs, or replicas even, of her jewellery. And for some pieces, those with designs that seem most common, I don’t mind, neither does my budget.
I love the design, not the designer.
It’s like my Ed Hardy bags. I love the bags, not Christian Audigier.
I love Camilla kaftans but cannot afford to buy her stuff either so would prefer to buy less expensive kaftans from somewhere else.
Back to Samantha.

One of her latest releases is a 4 bracelet set called “Skies are Painted”, consisting of a turquoise bead bracelet, two silver bead bracelets, and a bright yellow bead bracelet whipped together with a couple of charms for $135. 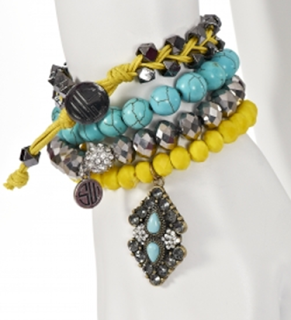 But any jewellery designer will know that 4 bead bracelets made of simple glass or turquoise beads do not cost $135, and so, knowing I could not afford it and would not buy it, I decided to make my own version. And I wouldn’t be the first blogger to show off their “designer inspired” creations.

I have been looking for bright yellow, almost neon, glass beads for ages to do a necklace and FINALLY found these beads on eBay in the exact shade I was after. 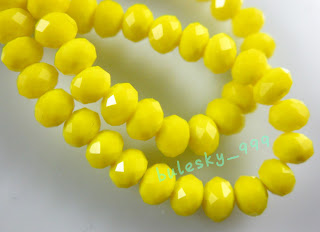 That’s when the idea for doing my own version of “Skies are Painted” popped into my head, as it was the colour combo of the set that I was actually after.

I managed to track down an almost exact copy of the silver crystal bead bracelet with crystal focal bead (easy enough when it’s just plain beads made by the millions). 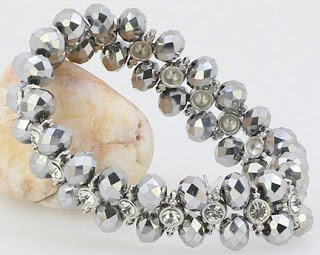 I also bought turquoise beads to make one bracelet, and my yellow beads made the other. 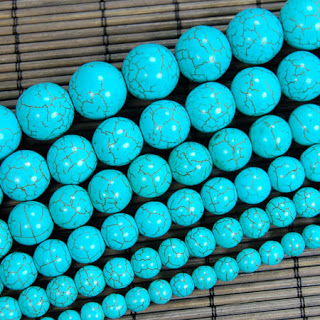 So, for the designer set there are four, and for mine there are four. But I also added 2 disco ball bead bracelets in yellow and blue to add a touch of cord to the set. 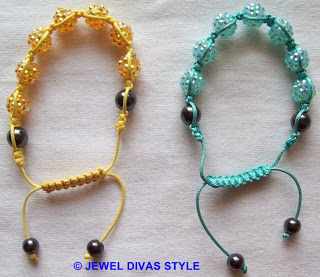 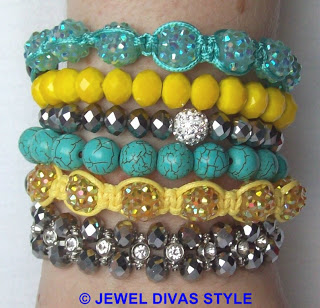 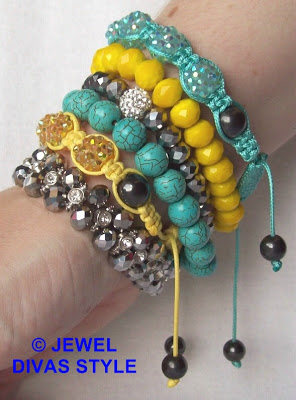 When jewellery is made or put together in a Chinese manufacturing plant and then has a price too far out of your reach just because it has a designer label put on it, sometimes it’s best to find a similar style you can afford or do it yourself if you’re crafty like me!