Over the last two nights ABC have shown the tv series Paper Giants:the birth of Cleo. 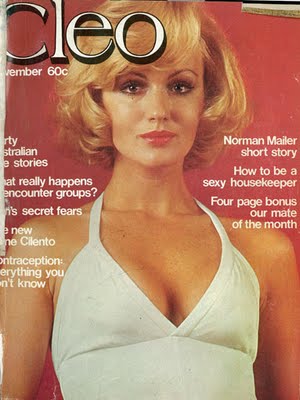 Cleo was our answer to Cosmo. Now from the show I gather that Frank Packer and his company PBL, owner and publisher of Cleo, was going to publish an Australian version of Cosmopolitan as copied from America. It didn’t pan out and instead his son, Kerry, told Ita Buttrose to get a magazine going. Her and her staff came up with Cleopatra. However, inside the mag they used the name Cleo for everything, so Kerry told Ita to cut the name to Cleo and so a mag was born in 1972. One of the points was to have a male centrefold. Many male celebs were asked but when push came to shove no one wanted to do it. Actor Jack Thompson stepped up and so the centrefold was born. And of course all the nations men wanted to after that. 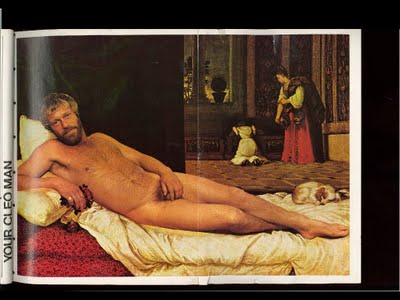 It was something to see, the birth of a magazine that is still around today. There have been many more along the same lines, our own Cosmo, Dolly for teenage girls was a younger version that’s been around just as long, then there’s the millions of other mags that strive for our attention on newsagency shelves.

But there’s one thing I did notice.

The cover model no longer exists.

When did the cover model get replaced with celebrities?

Why were the gorgeous Aussie models stripped of the precious covers of yester-years magazines to be replaced with the shallow, diva demanding try hard celebrities?

Magazines like Cleo and Cosmo crap on about how they are using real size models, and no longer photo-shopping all of their pictures. That they want the females in their mags to look “real”.

Then where the hell have they gone?

Why don’t you bring them back?

When did the day come that the “real women” of the world were deemed not good enough for the covers of Aussie magazines.

I bought Dolly as a teenager. Ordinary models were on the covers but they are not what I bought the mag for. I bought it because it was informative and had stories on my fave celebs.

These days, mags copy other country’s covers because they can’t get their own photo shoots and they photo-shop a different colour dress on the celeb so we think it’s different to overseas mags. They have stories on celebs month after month, or week after week – where other mags are concerned – and it’s old and boring.

It’s time for another change people, get rid of the celebs.

BLOG POST: part 4 of my Nancy Drew collection is u