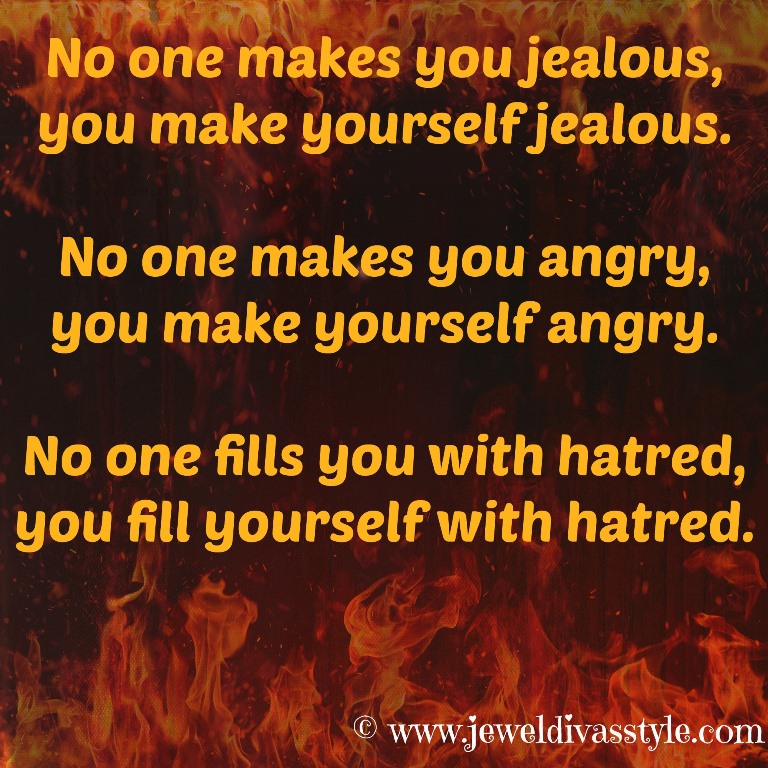 I want to discuss something that happened a few weeks back. I’ve thought about this and figured it warranted a blog post.

On four of my posts a girl, and I call her that because not only did her name give her away, so did her language, made comments that made me disgusted by its viciousness.

I never did like that term, I think it’s stupid and an insult to most and told her as much.

Second, when I did a blog post on how the great bargain of $3 Kmart leather gloves turned out to be a style failure because they were both right hands, she got more insulting and not only trashed me, but Kmart as well.

Her comment was: K-Mart gloves aren’t the only style failures on this page!! Actually I don’t think the words “$3 k-mart gloves” AND “style” can EVER be used in the same sentence!

Clearly she has a HUGE problem with Kmart for some reason, and clearly doesn’t know what style actually is.

Thirdly, she attacked my couture jewellery. Her comment: MEANING OF COUTURE noun:the design and manufacture of fashionable clothes to a client’s specific requirements and measurements. This is NOT couture. A hot mess yes, but couture NO! Just no!

How rude! She clearly doesn’t understand that couture also refers to jewellery.

Fourthly, she got absolutely vile on a cancer post I did when I had mine cut off. I spoke of my personal experience but it clearly wasn’t bad enough for her.

Her comment: This would have to be one of the most appalling blogs I have read about cancer!! You are so incredibly clueless!! You absolutely cannot compare your tiny skin cancers to all the other cancers out there. You did not end up in ICU after having a tumour removed. You did not require intensive & gruelling radiotherapy & chemotherapy treatment & suffer severe side effects. You have not spent months, years even, in & out of hospital & unable to function. You are in no position to pass opinion or even advice on this matter. It’s bad enough to speak the way that you do but to publish something like this is woeful, absolutely woeful & you should be ashamed.

And by the way, your jewellery & “style” is absolutely horrendous! I am embarrassed FOR you! I have never seen anything as disgusting, cheap & tacky as what’s displayed on your page. You really shouldn’t be using the terms “couture” or “fashion designer” either, you are buying cheap crap online & mashing it up together into a hideous mess, THAT IS NOT COUTURE OR DESIGNING!! There is a reason barely anyone acknowledges your social media posts!

PS: and if you keep eating burgers & chocolates for breakfast, or all that ice cream, or quarter cheesecakes!!!! or hot chips, or packets of chips you’ll end up with more than a few tiny skin cancers!

Seriously! I mean….seriously!!!!!! I seriously have no idea why she’d be embarrassed FOR me or be worried about what I eat.

Normally I don’t call people jealous unless you can really hear it or see it, and you can definitely see it in her comments. You can tell when jealousy is afoot because the attacks get personal.

And she assumed a lot. There’s a saying when it comes to the word, assume. “It makes an ass out of you and me”. It’s supposed to be the easy way of remembering how to spell it. But I’ve changed it to “it makes an ass out of the person doing the assuming”. Never assume from one or a chain of photos because it’s never the whole picture. The saying, “don’t judge a book by its cover” works well here. Never judge a situation by one photo.

She assumed a lot about my personal life, including that I don’t know about cancer because I haven’t ended up in ICU or had therapy. No, but my mother and father both did. Skin cancer is not a tiny cancer; it can lead to death and is one of the biggest killing cancers in this country. Had I not caught it in time then yes, I would have been in the ICU, losing a limb or worse. I have been in an out of hospitals with my mother since I was ten when she had her cancer cut off, a gaping hole is still in her arm and she had a skin graph from her leg. My father had a brain tumour out when I was 21, something he could have had since birth. NEVER ASSUME you know about someone simply because they don’t mention it.

Second, she personally attacked everything, my style, my jewellery, what I wear, what I put in my blog posts, that my couture isn’t couture, because she has no idea about what I have made, and called it all a hideous mess. Mind you, she even came back the night after to make another comment on another post.

Then she attacked me on the social media front. I follow a lot of people who may have a lot of followers but barely get any comments. So what! I’m not desperate for likes, likers or followers. I’m not into it for that. As long as my posts are seen in people’s feeds, that’s all I need because people will also comment on Facebook, Twitter or Google+. It really shows immaturity when they attack you over the lack of response on your social media and shows they clearly have an addiction to being liked and needing responses from others to make them feel better, bigger, more liked and more powerful.

A personal attack means jealousy and her comments led me to believe one of two things. She either cannot buy the amount of clothes and jewellery I do (regardless of it all being drastically reduced on sale) or make jewellery the way I do, and so has a problem with that and decided to take her anger and hatred out on me, or she blows all of her money (or mummy and daddy’s money) on big name designer duds and Kmart wear is so way beneath her. She trashed a store for God’s sake and that showed her problem with Kmart. Regardless of what it is.

Her jealousy is eating away at her and makes her angry; hence she unleashed her hate fuelled venom on me. Couture does apply to jewellery and I have no idea why she has such a hatred for what I buy. She clearly has no idea about designing either. I believe she would have read my side bar where I say I’m a jewellery, accessory and fashion designer, creator, collector and consultant and then wrongly believed that meant everything I had to wear had to be made by me for me to be considered a designer. But I’m sure even then she would have criticised.

I make jewellery, I buy jewellery, I have also made clothes, which I’ve posted in the past, that MAKES ME a designer. I also buy a lot, which MAKES ME a collector. She has assumed and wrongly labelled me with her jealousy, ignorance, and arrogance.

Then she made it even more personal and attacked the few food photos I’ve posted to Instagram, wrongly believing that was the food I ate all day every day and I would be getting more than a few “tiny” skin cancers if I kept eating. I’d posted 33 food pictures this year to the date of her comment, and apparently that’s the way I always eat, according to her. She must have gone all the way back with some of what she mentioned. The quarter cheesecake was shared with my mother as were the corn chips and two litre tubs of ice cream. She clearly thought I ate everything myself.

Wow, how freakin’ rude! What I eat is no one’s business. What I wear is no one’s business. My style is my style and I don’t give a fat rat’s whether anyone likes it. I’m forty freakin’ years old, why would I care what people think of me? I have no idea why she would feel embarrassed for me, that’s rude too because she’s ASSUMING I’m embarrassed, or at the very least, would be embarrassed by what I wear. Never mind the millions of comments I get when I go shopping, yep, they know style and individuality when they see it. And to attack me so personally shows her immaturity and insecurity in her own style, or should I say, lack thereof, the fact she cannot buy the amount I buy and the fact I also make jewellery would have set her jealousy meter off.

You don’t attack someone so personally, make a bunch of stupid assumptions and insult someone unless jealousy has set in. Jealousy fuels anger, anger fuels hatred, and hatred makes you rude. Insecurity shows immaturity and they are both a very big turn off. If you’re jealous of what I buy or make, I don’t want to know about it. They are your issues to deal with not mine. I did not make you jealous, angry or full of hatred. They are already within you and nothing to do with me so keep them to yourself and off my blog.

BLOG POST: I have an addiction to folios and bough

REPOST: this week’s post is the latest RSL Art U