I bought this gold bomber jacket way back in 2014. For the most part, it’s sat in my wardrobe. In 2015 I wore it in an outfit of the day but never actually wore it out. So, it’s just sat there doing nothing. In September, I got it out and wore it in this outfit. 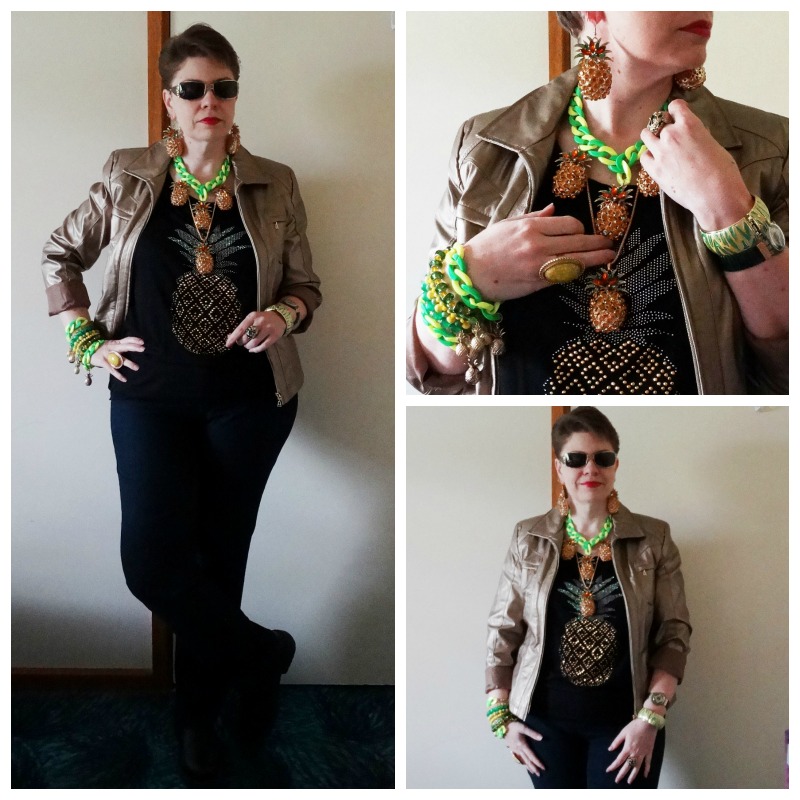 During the day, I noticed little bits of fluffy stuff every time I moved my arms, but, I thought nothing of it. I went about my business shopping, going to the library, the chemist, the fast food outlet. And it wasn’t until I was packing up the car once I got home, that I saw those fluffy bits on the seat. I realised they were gold. And from my jacket.

I rushed back inside and checked my jacket that I had thrown on my desk in the office/wardrobe room when I had gotten home with lunch. I was hoping for a little bit off the hem or something. But what I found shocked me, and I don’t shock easy. My jaw hit the floor and I shook my head in disgust and sadness. I would now have to throw out the jacket. 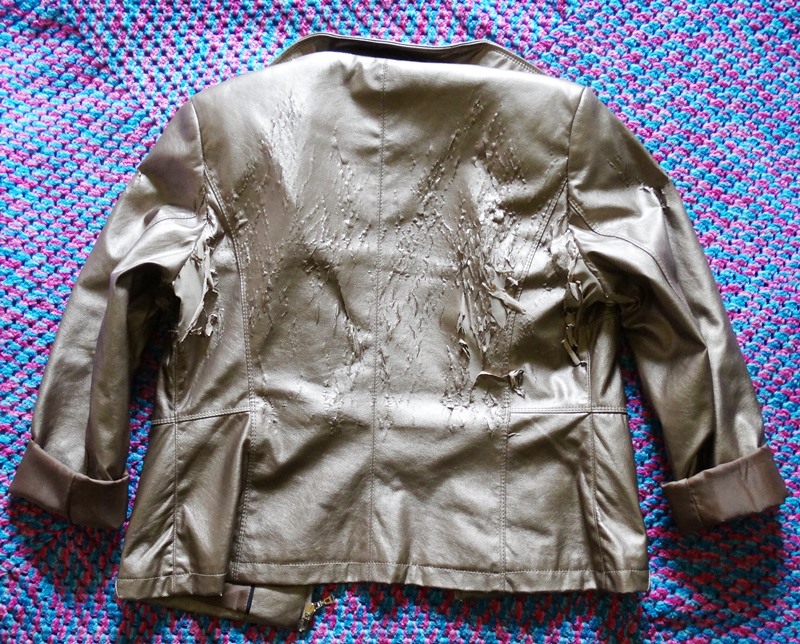 I have no idea why no one said anything. I was standing in lines in front of people and no one.said.anything!

Thank God it was only $10.25. The original store price was $299. Yep, the price tag was in the pocket and I Instagrammed it. Well, that was that, it had to go in the bin. The sadness dissipated and I still want a gold jacket. But this time, I’ll get either a leather one, or material so this doesn’t happen again.

Here’s a closer look. the underarms are the worst. 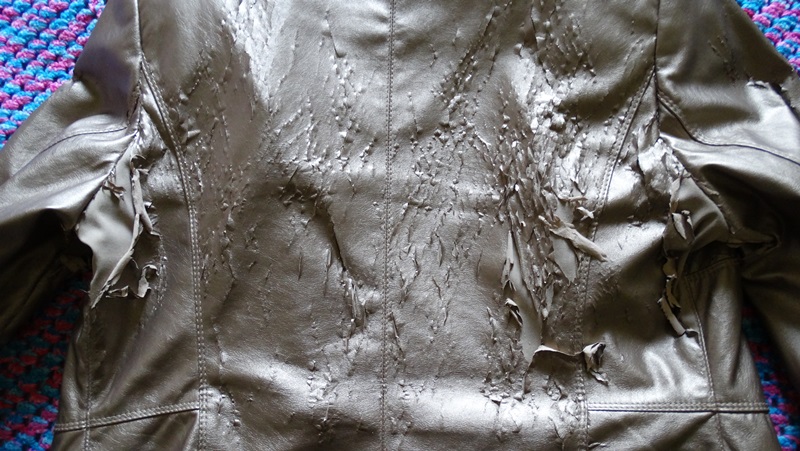 What have you guys bought that ended up in the bin after one wear?

BLOG POST: how many boxes of book proofs does one

BLOG POST: after the monumental book overhaul at X

BLOG POST: all of April’s outfits are on the blo