I recently showed you this kaftan that I bought on eBay. I loved the look of it in the pictures, the seller claimed it was new and it reminded me of a lolly wrapper. Plus, I only paid $10 plus $7.95 for shipping. Bargain I thought. 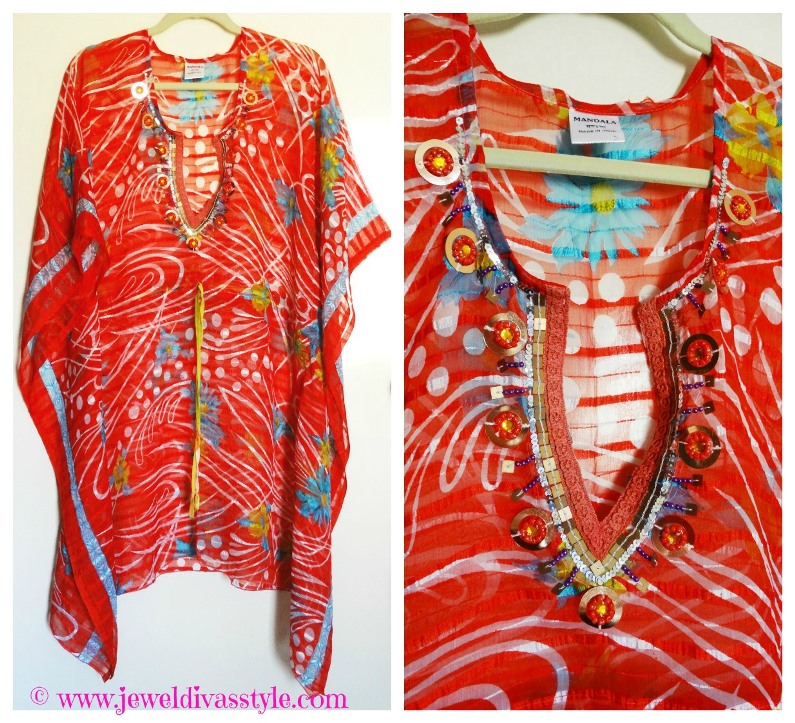 When I received it and opened up my parcel ever so excitedly, I quickly tried it on, only to discover the front hem was full of holes, one of the arms was stitched up, and once removing it, the neck had pulled apart and had a hole too. 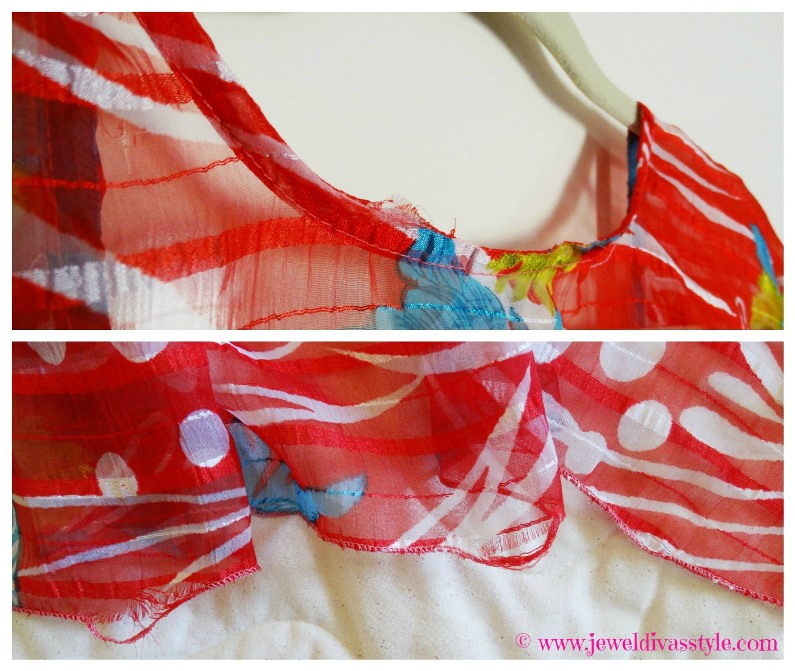 I received it on the 27th of January and quickly emailed the seller about all of the holes. I waited for a reply but didn’t get one so opened a dispute in the Paypal resolution centre on Saturday 31st. I received no reply, nothing from the seller until the 12th of Feb when I received a full refund.

As it is, I’m going to have to do a new hem not only on the bottom but down the sides as well and somehow fix the neck.

As much as we all love buying clothes and buying from a reputable online store it can also mean problems, the sad part about this is that the seller said nothing about the holes. That leads me to believe one of two things. 1 – she knew but didn’t mention them for fear it wouldn’t sell, or 2 – she didn’t even bother checking it over and so didn’t mention the issues because she didn’t know about them which is incredibly wrong.

Before I started buying on eBay back in 2005 I read books by professional sellers and they tell you implicitly to put all details and flaws in the listing so that people can decide for themselves. But so many do not do this and many people get stung.

Years ago I sold a black lace bolero from a department store called Myer. It was roughly a size 18 and I thoroughly checked it over. It sold and I sent it off. The buyer left me negative feedback basically the moment she got it, at around 4pm. Apparently it “was not a size 18, did not come from Myer and didn’t fit her”.

I was shocked to my core that she had left bad feedback instead of emailing me. The next morning at 6 am I had an email from her claiming “there is a hole in it, if you refund my money I will change the negative to a positive”.

I went ape shit on her, emailing back that it had no hole and she clearly didn’t see one the night before when she so thoroughly checked it over to leave negative feedback in the first place, so no, she wasn’t getting a refund. She harassed me for weeks until I finally contacted eBay and filed a complaint.

But get this. A few weeks later I’m scrolling through and found the black lace bolero for sale AND she used my exact picture, which we all know is against eBay rules. So instead of contacting her I filed a complaint to eBay and they removed her listing. She then contacted me and whinged that I should have told her and that she didn’t know she couldn’t use MY picture. And guess what, in her listing, there was absolutely no mention of any holes. What a bloody lying sod!

Thankfully I got my money back this time but have had to open a dispute in Paypal many times. Sadly, I’ve also never received my article or my money. That’s the worst about some people selling on eBay.