For some reason, I wanted this pineapple planner, and this Live Loud planner. Something to do with maybe setting up a goals/travel/inspiration planner. The idea grew, as I was originally going to use the one planner for everything, but it just wasn’t going to work. And I love anything tropical.

So, I pulled out the parts I wanted to use, and the parts I didn’t, and bought the yellow deluxe cover for it. 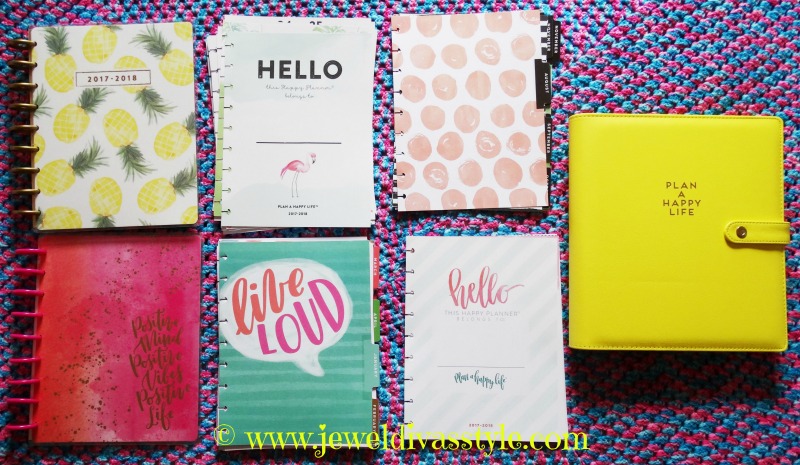 I’ve used the cover from the Live Loud planner as my goals will be first, and quickly shoved in the monthly dividers I thought of using. This planner is not yet set up, each step is being done between everything else I do.

The pineapple cover is in the middle and leads to the travel section, where I put all of the tropical dividers I’m going to use.

When I had a spare few hours, I went through the dividers and kept the best five from the Live Loud planner. They all had pretty colours and sparkling gold. I then found corresponding dividers in the same colour scheme, cut off the tabs, and used double sided tape to stick them together. I plan on using stickers and die cuts to cover up the leftover tabs bits, and to spruce up the backs. 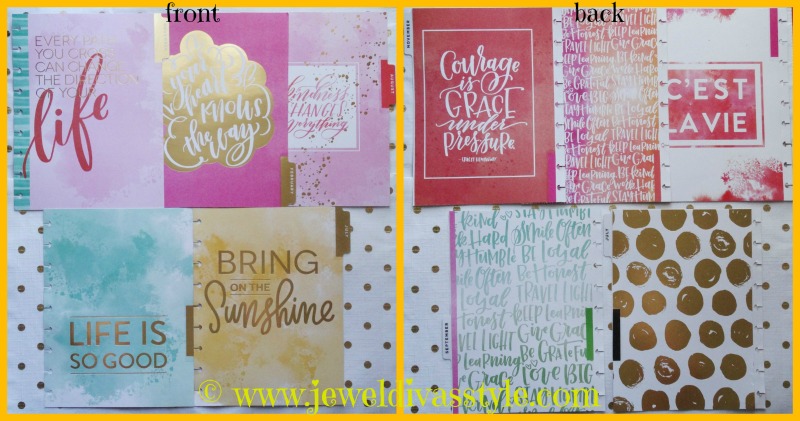 I did the same for the best five tropical dividers. 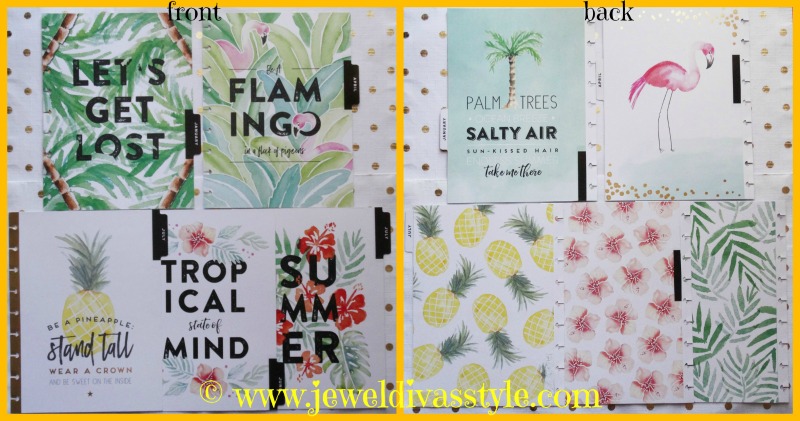 I added a bunch of journal cards and die cuts I had and put them into the plastic page protectors, slid it into the deluxe cover, added keyrings, and a couple more cards, and it is now awaiting me to start sticking pictures and writing ideas down in…I may get around to it one day… 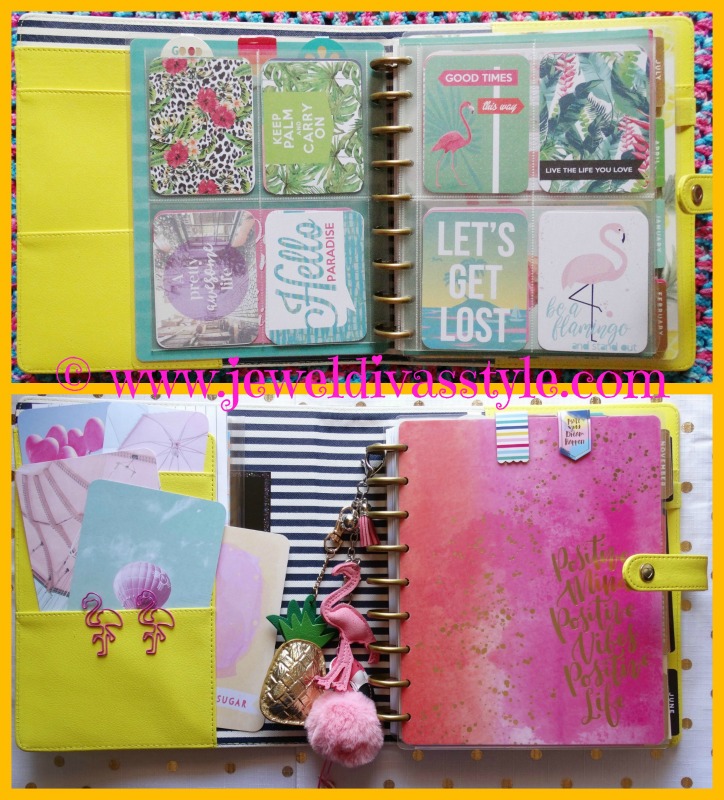 The cover was going to be perfect as it’s yellow like a pineapple, and says ‘plan a happy life’ on the cover. 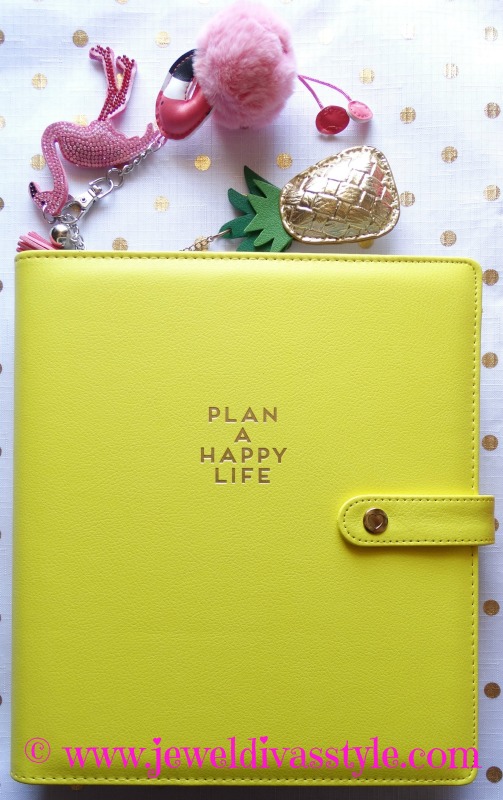 I’ll be using some travel books to cut up and stick in, plus I have a massive amount of journal cards, die cuts and stickers to use. I’ll put in all of the places I want to go and do a couple of double page spreads for each. I’ll be using the paper that came with the planners so it’s recycled instead of wasted.

Have you guys made a goals/travel planner instead of a journal?

I’ve had a few in my lifetime, mainly sticking a few things here and there or writing down a list of goals. I do have a goals folder, same thing really, so why I’m repeating myself, I don’t know. At least it’s more compact and prettier.