I spent most of it in doctor’s offices or lying down as it was so freakin’ hot.

I also spent it trying to get business shit done and found out my favourite pink Jewel Divas laptop was on its last legs and in need of replacing.

Anyway, as I said, it was so freakin’ hot over February, which is understandable since it was still summer. But I much prefer nice balmy 25 degree days when you don’t sweat like a pig and your jewellery doesn’t start melting into your skin as it burns you and leaves rings of red flesh around your neck, wrists and fingers…

Anyhoo… here’s my four best outfits (I’m not about to post the boring crap I wear to the doctor’s) for February 2021.

At the beginning of February I went a nice cherry red by teaming a sequin tank with a floral skirt in the same shades and matched it back with one of my favourite kimonos. 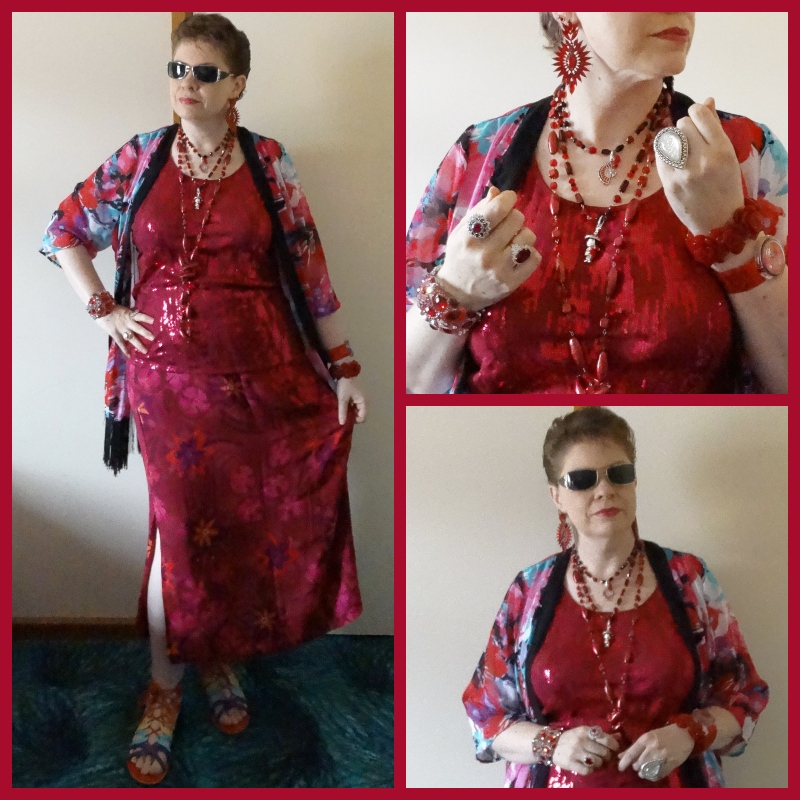 I followed that up with the next two outfits and continued the cherry red into rose pink and added splashes of black…and yes, there’s next to no jewellery thanks to that revolting heat. 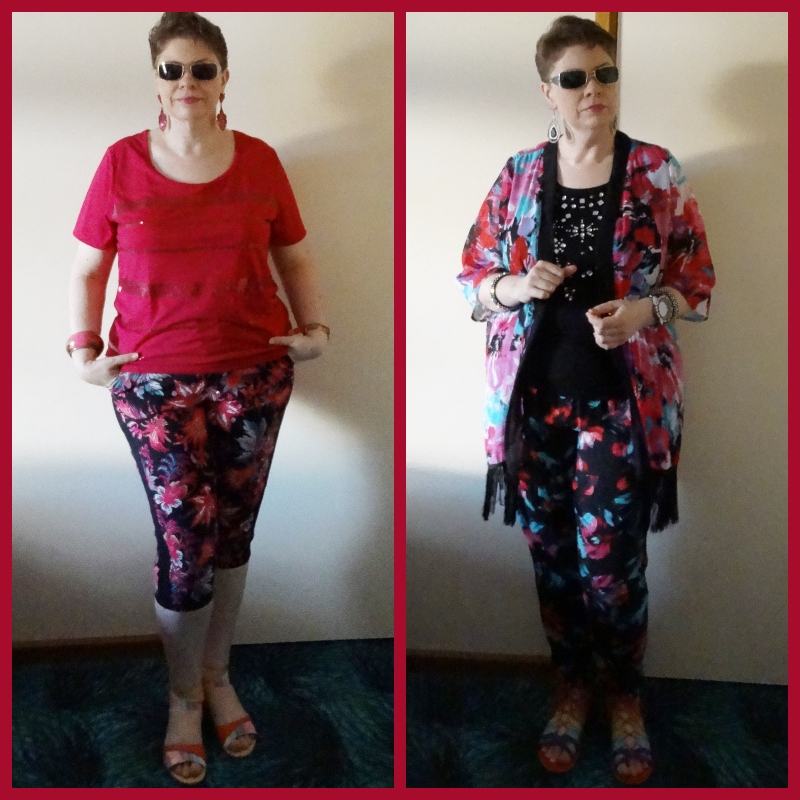 I then topped off the month by going troppo in pineapples…and yes, those earrings are damn heavy! And that left pineapple is back to front, God dammit! 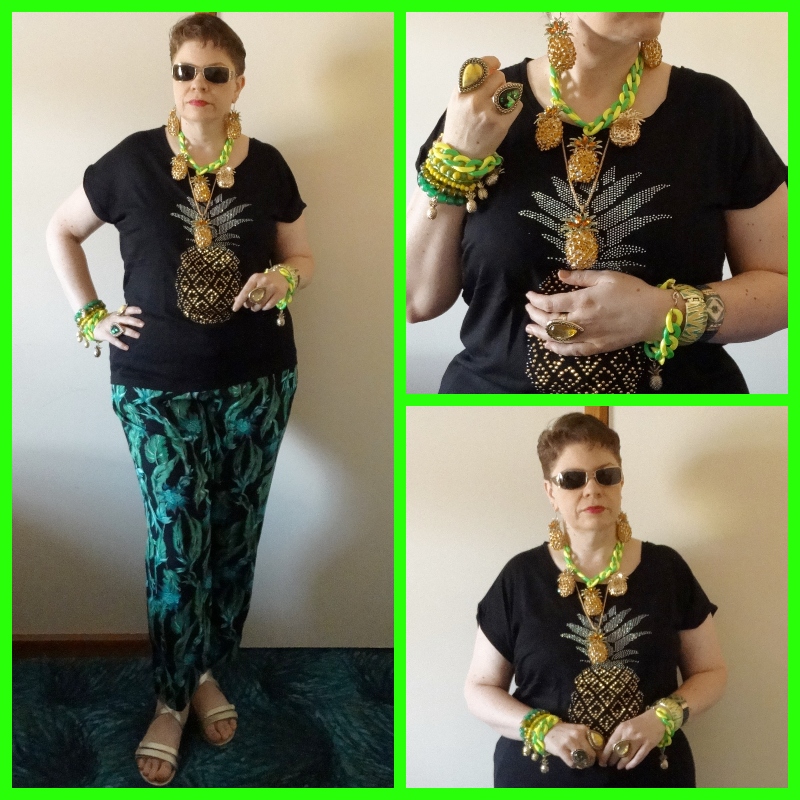 I love the fact that I was following styling rules decades before I read up on, and became, a stylist. All my life I seem to have had a flair for mixing and matching (not everything, mind you, there have been some mistakes along the way), but I can generally match bottoms to tops and weirdly, seemed to have bought most of my clothes in shades that all go together. My pants, and that kimono, come from Millers, and my tops come from everywhere else, yet they go together perfectly.