I first saw these earrings in Lovisa about five years ago. I desperately wanted them but at $24.95 I couldn’t afford them straight out. And sadly, I only saw them the one time. 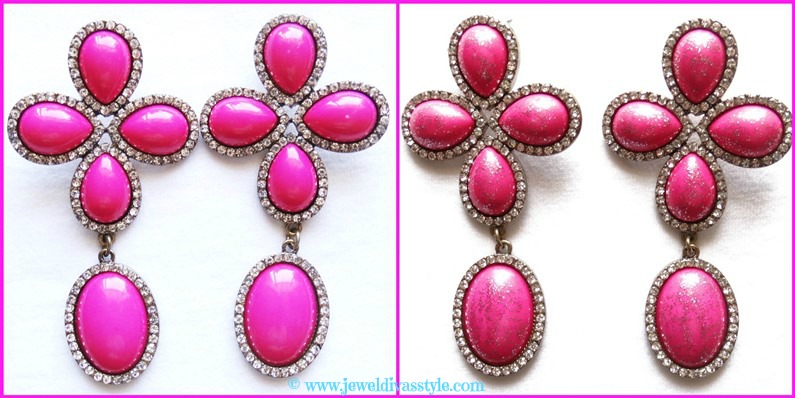 The next time I went back, about two weeks later, they were gone and there was none left hiding in any cupboards.

Fast forward five years and I came across a pair on eBay. The first time I’d seen them since I was in Lovisa five years ago. They were being sold with another pair of earrings I already had but I didn’t care, so for $10 with postage, I bought them and awaited their arrival.

They are gorgeous, with antique gold backing and diamontes, I decided to add a bit of extra sparkle since some of the pink stones had small scratches, so painted on some clear glitter nail polish. I still can’t believe I finally have them.

The next piece of pink jewellery is a necklace I’ve had my eye on since last year. I um-ed and ah-ed over whether to buy this or not because I hate seed beads but decided last year to get not one but two. I then decided to put them together to add bulk to the necklace. Thankfully one is a bit shorter than the other so it also adds layers. 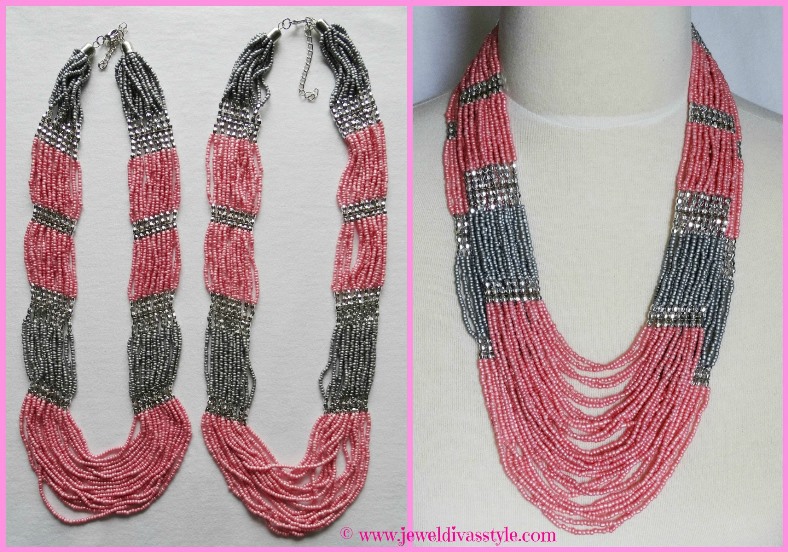 Onto the latest end of summer/autumn sale clothes for bargain prices. The first two summer pants are from Millers of course. The pair on the left being just $5, the middle just $10. The star pants are from Best & Less for $8. 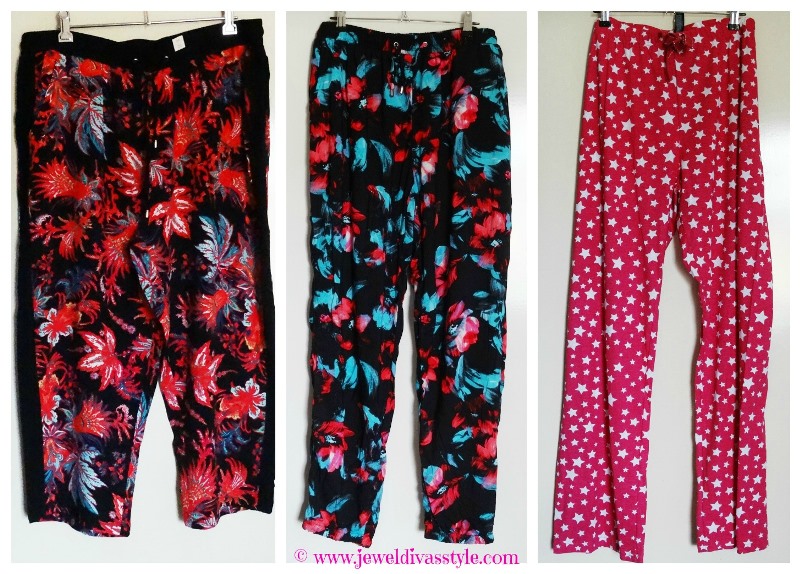 The good thing about pink is I have a lot of it, so these pants go with multiple tops in my wardrobe.

Have you guys come into late summer bargains over the last few months?