Back in 2014 I posted about the first four recreated Nancy Drews and how I had just gotten around to getting them due to the lack of book stores in my town. Now Grosset & Dunlap have produced the second lot, albeit I’m posting this a long time after they came out, but I only got them this year and am now just getting around to posting about them.

The box set of the first four has also been released in a nice box, decorated just like the covers. 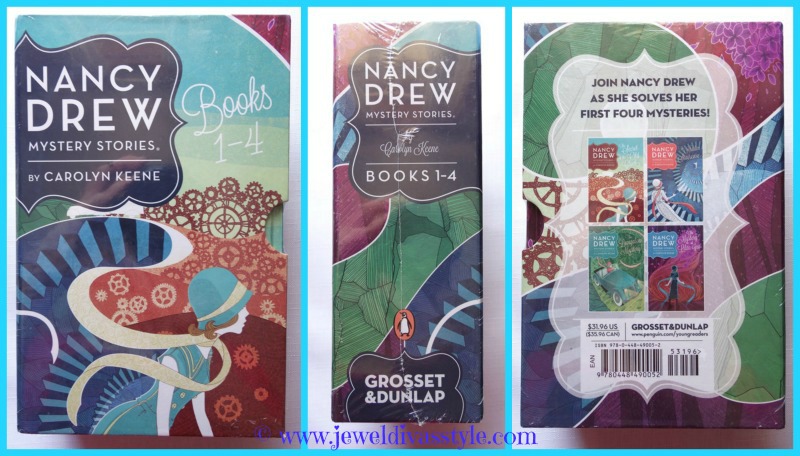 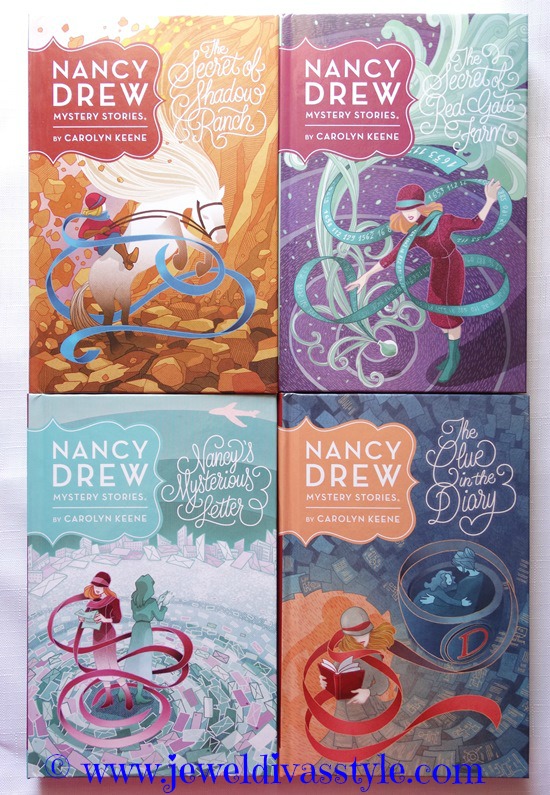 I like the covers of Red Gate and Letter best, as they are done in shades of pinky purple and blue. 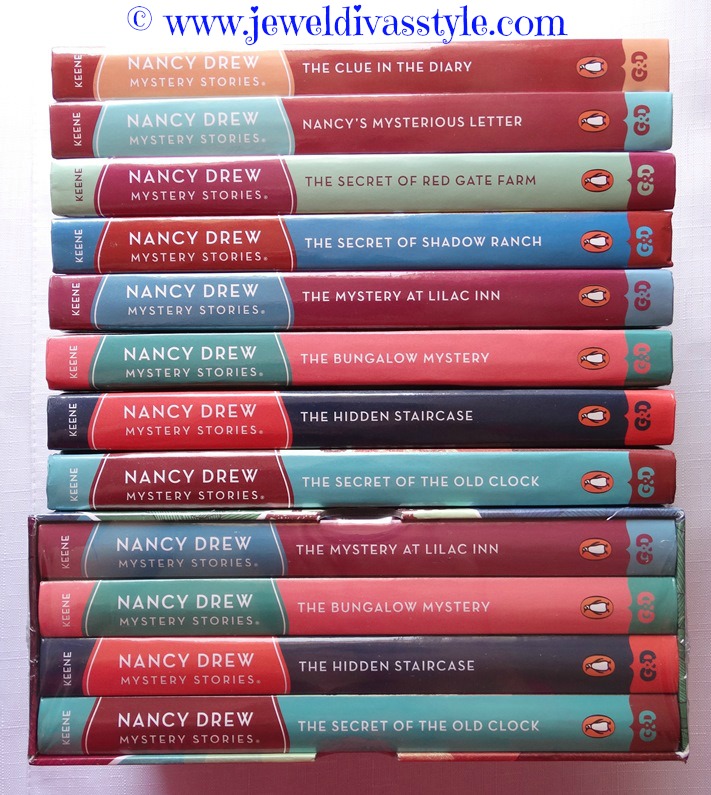 I also caught up on the new series that debuted last year, Nancy Drew Clue Book. This series replaces The Clue Crew books which replaced the Notebooks series. Same stories, different packaging. They seem to be regurgitating the same ones and tweaking them. Boring! The first four and the box set are below. 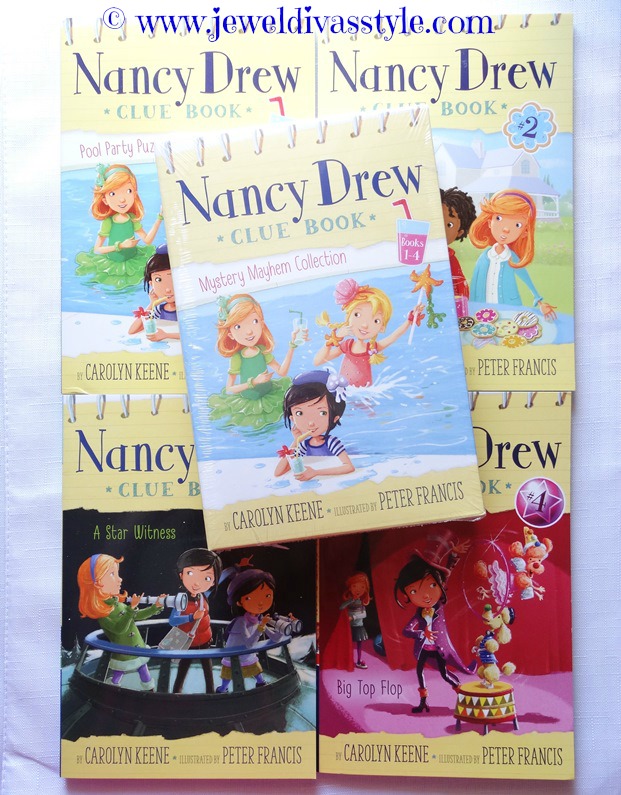 While I’m glad Nancy Books only come out three times a year for each series, the books have gotten boring. The kids books are just replayed over and over, and the current Diaries series is just the regurgitated Girl Detective books which were an updated original series. As much as I love my Nancy and will continue buying, I’m getting over the obsession I once had. Now it’s more of a collection that will continue than an obsession.

I’ll still track down collectables and books I don’t have, but so many other things have taken my interest, and between writing and the cost that incurs, and buying kaftans and $200 boots, the money is wearing thin, as well as having the currency conversion to deal with, as well as sellers on ebay wacking ridiculously high shipping rates on postage to Australia. $30 for a book, nuh-uh, don’t think so. So my buying rate has gone down even though it will slowly continue.

Do you guys have an obsession or collection which you have slowed down on buying?