I have been after this clutch for years because many a years ago I bought what I thought was a black one off ebay but it ended being the grey one. But now, well, late last year, I finally managed to get a black one after a US seller on ebay changed her mind after a few months and decided to ship overseas. 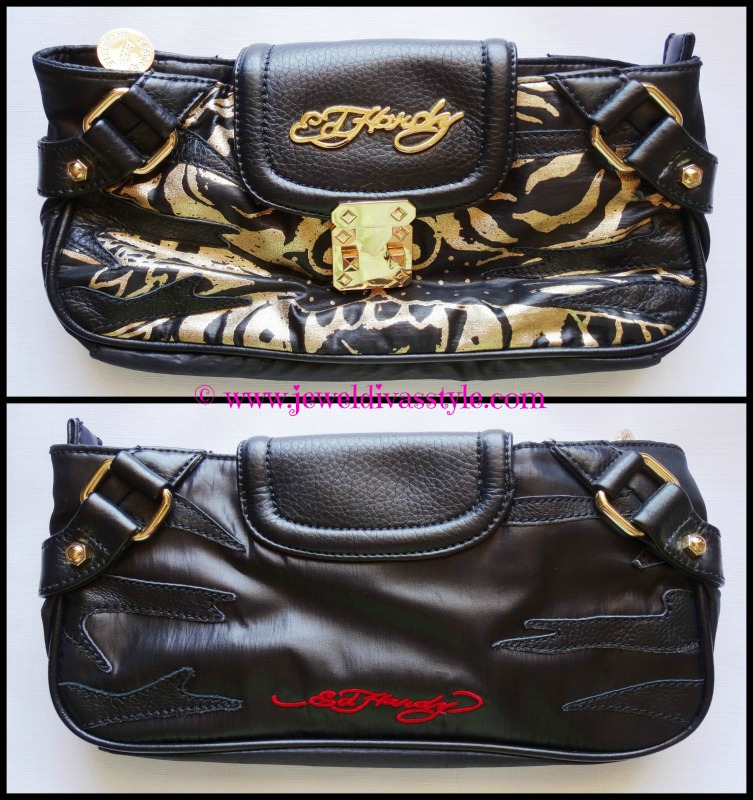 Besides being called Tiara, or a variety of Tigress, Tigress Tiara, Tiara Tigress it has a gold embossed tiger face on the front with gold hardware. It comes in its own storage bag, as they all did, and this is my fifth Ed hardy piece. 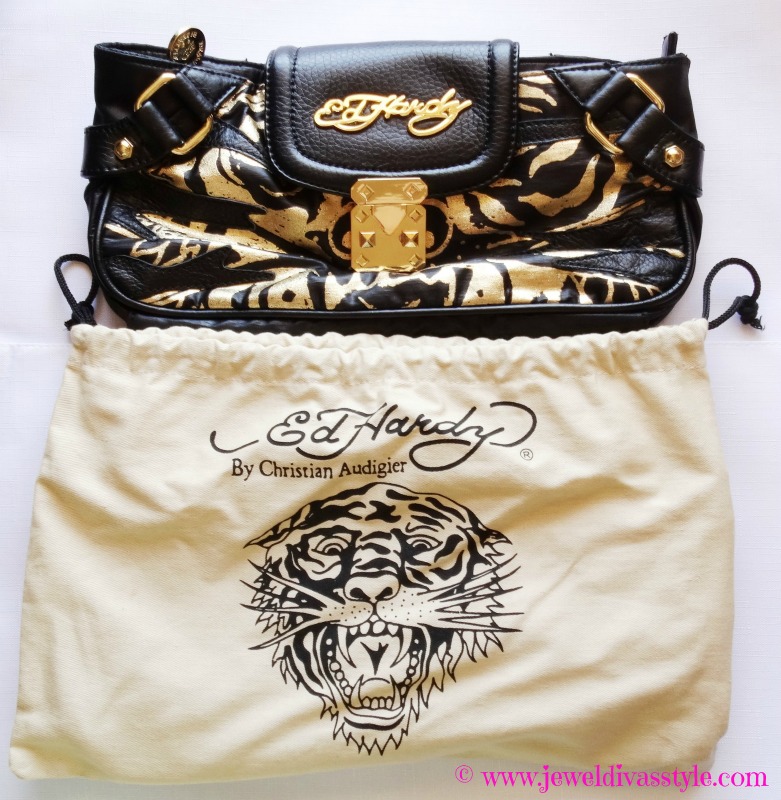 Christian Audigier died a year or so ago so getting this, purely because it’s named after me, was a lucky break. Maybe I should track down more clothing and accessories that are named after me. I know there were some glamorous crystal heels a decade ago. 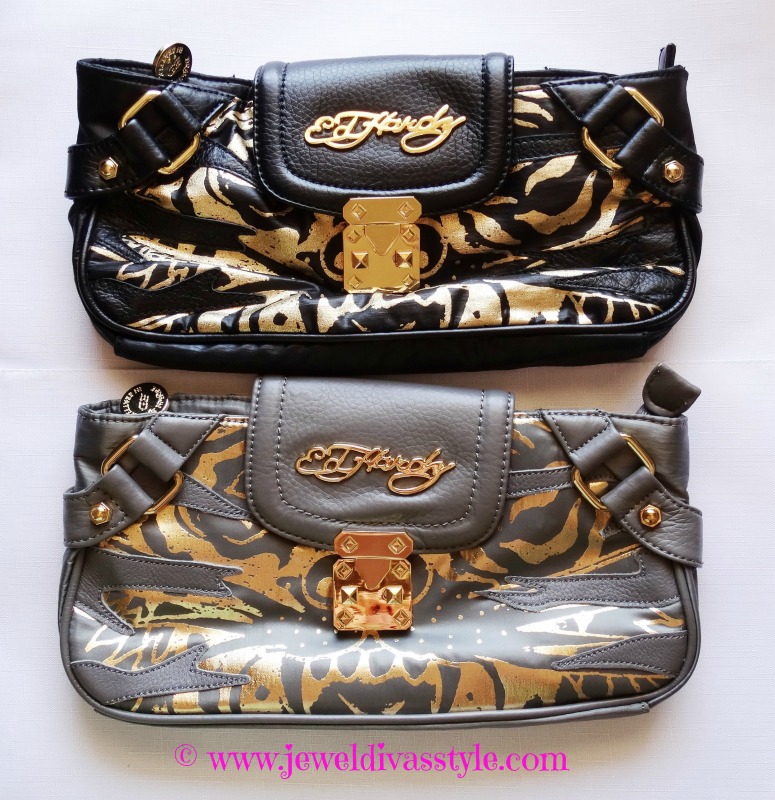 Have you guys ever bought something purely because it was “named after you”?