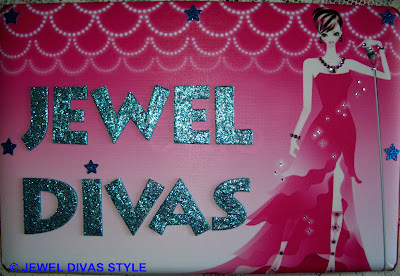 I think I made my first pieces of jewellery at sixteen but didn’t dabble much after that, and I certainly didn’t start creating to set up a business, in fact, it was the farthest thing from my mind as a teenager, and the internet, eBay, and online stores for selling certainly weren’t around for new designers and creators. There were more markets to have stalls at but none in my area.

It wasn’t until my late twenties that I really started making big fancy pieces that people, especially in my area, noticed and started commenting on. The women in my local book shop suggested selling on consignment in a jewellery store which had been bought by the woman who ran it and had had a name change. Since my local shopping centre refused me a stall because of the “new” jewellery store I ended up in her shop to see if I could sell on consignment. I took in my African Safari range and even though the girl who worked there was enthusiastic about my jewellery and oohing and aahing over it, the owner had quite a sour, uninterested look on her face. It was so obvious that I felt it as well as knew it and saw it. She was uninterested and said no. No wonder she closed about a year later.

After signing up for a business name and ABN I jumped into getting a website done in late 2008, but that was a bust and I needed to sign up to a real company who then charged me $1500 for a website I seriously couldn’t manage after going online in August of 2009.

Four years later I shut it down due to a lack of sales and success. I had neither, no matter how hard I tried to get my name known or out there. Setting up a business and making it successful is damn hard, and while there are opportunities now there weren’t many back then. A lot of designers get their start at markets and jewellery parties and progress through the years with the help of manufacturing from China or India, but it doesn’t always work out for those of us who want to keep our goods Australian made.

In 2013 I chose to add personal styling to my business, and not only received my certificates in the courses of Certified Consulting in Style for Women, Men and Colour Theory at the Academy of Professional Image, but also set up a Jewel Divas shop on Madeit. If I had known about this website back in 2008 (it started in 2007) I would have signed up immediately instead of wasting money I didn’t have on people who wasted my time, money and energy.

It’s been one of the best decisions I could have made, after thinking about it for over a year mind you. It’s all done for you, the set-up is easy, uploading is easy, and filling out your details is easy. All I have to do is make my photos look real and natural and pre-write my details so I can copy and paste it all in. And you can sell just about anything as long as it’s handmade, including e-books.

But one irony in all of this is that I don’t like selling or giving jewels as gifts because I don’t know where it will end up or with whom. I need to distance myself from making for others and selling because of this. It would be different if I made and sold in bulk as I could have a couple of everything as most designers with big businesses do, but I don’t. I make one offs, or in the case of AC, different colours in the same style. It’s just a very weird feeling knowing that the person who buys it may not keep it and hand it on, or, if it breaks, it could end up in the bin. All that hard work just for it to end up in the bin or lost really freaks me out.

Did you guys have the same issues when starting your business? Making for others, selling to others, wondering where it went and if the person handled it carefully.

It’s a weird thought, isn’t it.