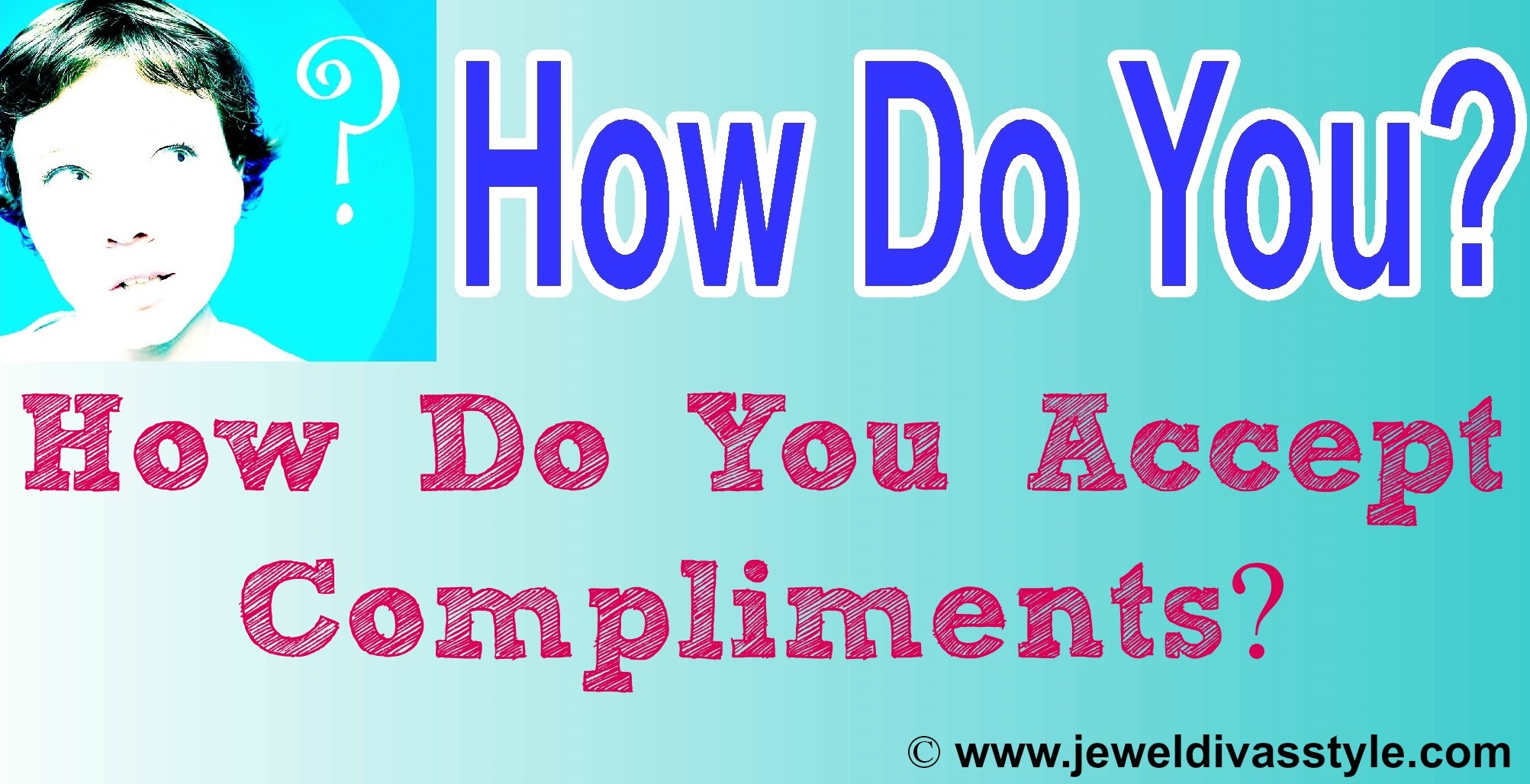 I have read a lot of comments from people who say they feel uncomfortable accepting compliments. I used to as well. It was always awkward because 1 – you were just going about your business and weren’t expecting it and 2 – most times it’s from someone you don’t know.

So there’s that whole, okay, weird person I don’t know saying something nice about me, um, okay, um, thank you…..

Is it really a compliment about us, or something else?

I became, for the most part, comfortable with compliments years ago because I realised something. Most compliments weren’t actually about me!

Is that why people get embarrassed? They are insecure about their looks, or lacking self-esteem so they don’t know how to take compliments? Or is it because saying thank you felt awkward because of what the person actually complimented you on.

OH MY GOD I LOVE YOUR BAG.

Now most people would say thanks, and it’s the quickest easiest thing to say, but I say, what for?

Do I thank them for saying they love my bag even though I didn’t make it, design it, or create it? I just bought it so I’m not exactly sure what I’m thanking them for. Hence, it becomes awkward.

So I actually started listening to what people were commenting on, and nine times out of ten I have no need to say thanks.

And that’s the solution to your awkwardness.

Listen to what they are actually talking about, and don’t say thank you automatically because you actually may not need to, just start a conversation if that’s what comes of it.

OH MY GOD I LOVE YOUR BAG!

The comment they make has absolutely no need for a thank you reply because they are paying your bag a compliment, not you. They are commenting on an object you are holding, not you personally. Is that why people feel so awkward, because their reply doesn’t actually match the compliment or comment being made?

Here’s my way of explaining it –

You say to a female host on tv, “that dress is fabulous” and they say thanks.

You then say, “did you buy it? And they say no.

I say, “well what are you thanking me for? I said the dress is fabulous, I’m talking about an object. Now if I had say YOU look fabulous then you can thank me, but to thank me because I said an object was fabulous is just weird…and kinda stupid!”

If that’s the case then you should be telling the designer it’s fabulous, not the person wearing it if they had nothing to do with designing, making or picking out the material.

See how weird it is?

Is that what the awkwardness also comes from? We buy clothes or accessories and people are saying how fabulous they are and saying thank you seems weird because you only bought it. Unless of course you did design or make it and your hard talents went into it. In which case, is thanking someone for saying something looks good really worth worrying about?

I think it’s weird thanking someone for saying my top looks good, or they love my jewellery, or my bag, things I did not make or design but simply bought from a store or online, although it’s generally the quickest and easiest way out of the conversation. I do say thanks a lot because people do comment on my jewellery and much of it I did personally make. Other than that, I just say it’s from eBay or Lovisa or my clothes are from Millers or Kmart, I don’t say thanks to every compliment as there’s no need to.

Compliments are nothing to shy away from. If a stranger you don’t know says you look good, great, that means you’re taking enough care of yourself for people to notice you look great. Of course it could also mean it’s some weirdo stalking you but then you need to judge that in the moment.

If it’s about an article then continue a conversation instead of getting embarrassed that someone spoke to you. A conversation is easier to deal with than constantly saying thank you and feeling awkward about saying thanks or feeling like you’re not worthy of someone saying how nice you look.

Take each compliment as they come and don’t automatically assume you need to say thank you. Start a conversation about it and who knows what might come of it.