Samantha Wills came out with “Tusk Dynasty”, a black and gold, or rose gold and black elephant bangle last  year, this year she released the bracelet in Aqua/Mint in the Feb 13 “Hunter and Gatherer” collection. 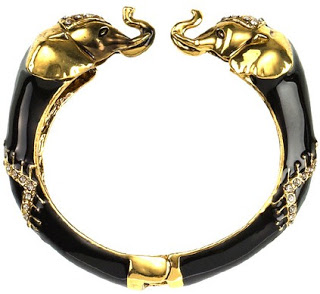 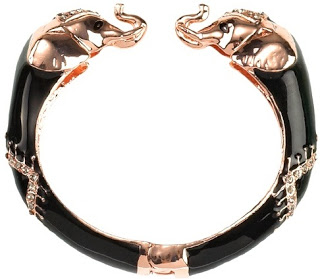 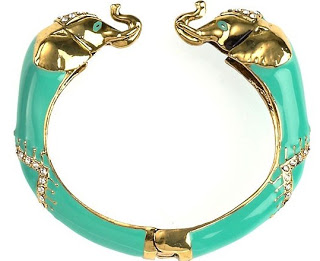 As Samantha has said herself, she does collections so far ahead that she’s moved on from them when they are actually released.
So, that gives the Chinese manufacturing plants plenty of time to keep reproducing her stuff to pass on to sellers to sell on eBay. Unless she got them from the Chinese manufacturers in the first place and never designed them. Who knows these days.
As you can see from these Elephant bangles, they come in several colours. 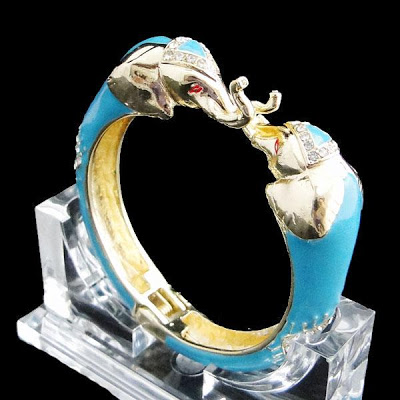 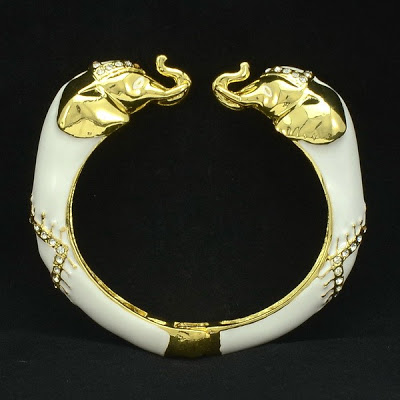 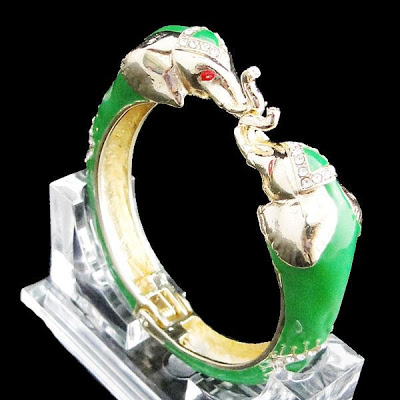 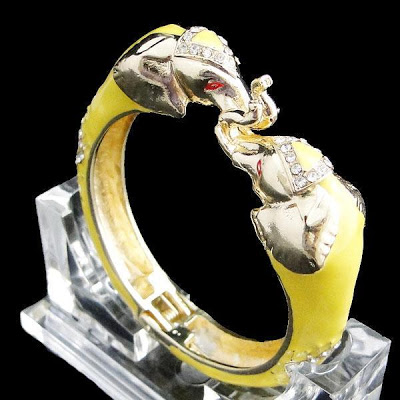 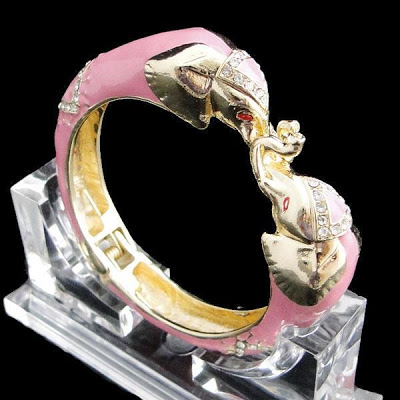 I recently showed you the white one I had bought for my white pearl elephant set, and now I’ve bought a black one for my black elephant set and the blue one just so I had a blue one. It’s not mint like the SW one but close enough.
It’s the design I’m after, not the designer.

BLOG POST: I may be off on holiday but I can still

BLOG REPOST: while I’m off on my last work holid