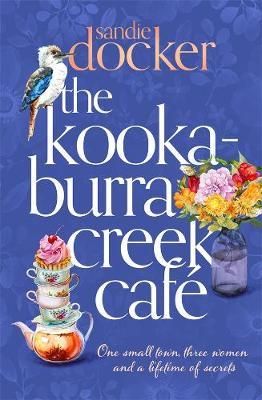 Welcome to the Kookaburra Creek Cafe.

For Hattie, the cafe has been her refuge for the last fifty years – her second chance at a happy ending after her dreams of being a star were shattered. But will the ghosts of her past succeed in destroying everything she’s worked so hard to build?

For Alice, the cafe is her livelihood. After Hattie took her in as a teenager, Alice has slowly forged a quiet life as the cafe’s manager (and chief cupcake baker). But with so many tragedies behind her, is it too late for Alice’s story to have a happy ending?

For Becca, a teenager in trouble, the cafe could be the new start she yearns for. That is, if she can be persuaded to stop running from her secrets. Can Becca find a way to believe in the kindness of strangers, and accept that this small town could be the place where she finally belongs?

One small town. Three lost women. And a lifetime of secrets.

This was her first novel, but I had read her second, The Cottage at Rosella Cove, last year and you can see that review here.

This book, obviously, is very much in the same theme as her second and a theme I think she should continue. People are brought together by circumstances out of their control. It has a sad tale entwined within the story so I cried a lot and won’t reveal it, but if you want a good read by an Aussie author, get into Sandie Docker books. The covers are really pretty, too. 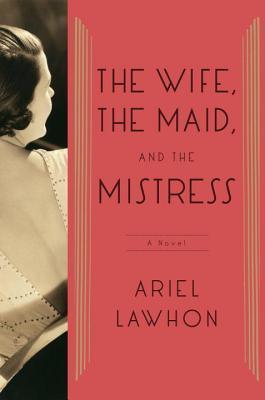 The Wife, The Maid, And The Mistress by Ariel Lawhon

They say behind every great man, there’s a woman. In this case, there are three. Stella Crater, the judge’s wife, is the picture of propriety draped in long pearls and the latest Chanel. Ritzi, a leggy showgirl with Broadway aspirations, thinks moonlighting in the judge’s bed is the quickest way off the chorus line. Maria Simon, the dutiful maid, has the judge to thank for her husband’s recent promotion to detective in the NYPD. Meanwhile, Crater is equally indebted to Tammany Hall leaders and the city’s most notorious gangster, Owney “The Killer” Madden.

On a sultry summer night, as rumors circulate about the judge’s involvement in wide-scale political corruption, the Honorable Joseph Crater steps into a cab and disappears without a trace. “Or does he?”

After 39 years of necessary duplicity, Stella Crater is finally ready to reveal what she knows. Sliding into a plush leather banquette at Club Abbey, the site of many absinthe-soaked affairs and the judge’s favorite watering hole back in the day, Stella orders two whiskeys on the rocks one for her and one in honor of her missing husband. Stirring the ice cubes in the lowball glass, Stella begins to tell a tale of greed, lust, and deceit. As the novel unfolds and the women slyly break out of their prescribed roles, it becomes clear that each knows more than she has initially let on.

First published in 2014, I only just found it earlier this year and read it the second Saturday in February.

When you first read the book’s blurb, and then read the title, you might realise it says it all. And while the book takes the story in a different direction, it comes back to your first thought.

Based on an actual true story, it’s a fictional retelling of events. With some characters made up to fill out the story, the main characters are true. Joseph Crater was a New York judge and did go missing. His wife, Stella, was harassed and considered the perpetrator of the crime, and did know more than she let on until the days before her death 39 years later.

It’s an interesting take on a real crime, but I had issues with the fictional part.

Why would the female characters take such a risk that put their own lives at risk? Death by mobster was common and they all knew what would happen if they were caught. The police force was corrupt, the judicial system was corrupt. Just about everyone was from the top down.

Back in 1930, mobsters ruled and people died, like the madam who ended up dead days before she was due to give evidence against everyone involved in criminal fraud of the judicial court.

Sadly, that was life back then. Wives and women were supposed to be good little girls and do as they were told or they were killed and dumped, never to be seen again by the mobsters who ran the town. And a few people died in this book.

As for issues with the book, I found a missing period which was not at the end of the sentence (me being pedantic), and sometimes it was a bit hard to keep up with the timeline of everything happening as the story jumped back and forth within the chapters. Other than those two, it was a fairly easy read overall.

I give it 7/10 as it didn’t really shock me as to the fictional story woven into the book. The title basically reveals who was behind it in the story, but in real life, they never found out who did it.

If you like fictional murder mysteries, especially based on real life crimes, give this one a read.

Look out for more reviews on Thursday.