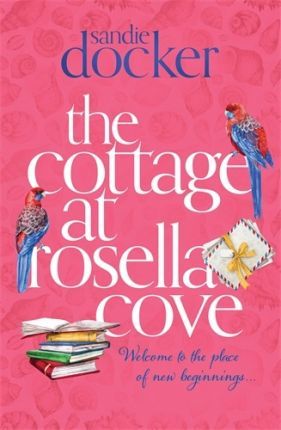 Why had the house stayed empty so long? Why had it never been sold?

LOST
Nicole has left her city life for the sleepy town of Rosella Cove, renting the old cottage by the water. She plans to keep to herself – but when she uncovers a hidden box of wartime love letters, she realises she’s not the first person living in this cottage to hide secrets and pain.

FOUND
Ivy’s quiet life in Rosella Cove is tainted by the events of World War II, with ramifications felt for many years to come. But one night a drifter appears and changes everything. Perhaps his is the soul she’s meant to save.

FORGOTTEN
Charlie is too afraid of his past to form any lasting ties in the cove. He knows he must make amends for his tragic deeds long ago, but he can’t do it alone. Maybe the new tenant in the cottage will help him fulfil a promise and find the redemption he isn’t sure he deserves.

Welcome to the cottage at Rosella Cove, where three damaged souls meet and have the chance to rewrite their futures.

If you want a good Aussie read, read this. I cried all the way through so keep the Kleenex handy.

There are no real villains, just lots of love, loss and heartache and I’ll definitely be reading the author’s first book. 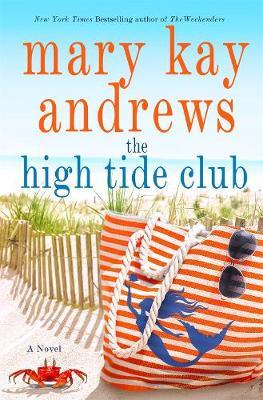 When ninety-nine-year-old heiress Josephine Bettendorf Warrick summons Brooke Trappnell to Talisa Island, her 20,000 acre remote barrier island home, Brooke is puzzled. Everybody in the South has heard about the eccentric millionaire mistress of Talisa, but Brooke has never met her.

Josephine’s cryptic note says she wants to discuss an important legal matter with Brooke, who is an attorney, but Brooke knows that Mrs. Warrick has long been a client of a prestigious Atlanta law firm.

Over a few meetings, the ailing Josephine spins a tale of old friendships, secrets, betrayal and a long-unsolved murder. She tells Brooke she is hiring her for two reasons: to protect her island and legacy from those who would despoil her land, and secondly, to help her make amends with the heirs of the long dead women who were her closest friends, the girls of The High Tide Club – so named because of their youthful skinny dipping escapades – Millie, Ruth and Varina.

Even at the end of her life, Josephine seems unwilling or unable to face her past, deliberately evading Brooke’s questions. When Josephine dies with her secrets intact, Brooke is charged with contacting Josephine’s friends’ descendants and bringing them together on Talisa for a reunion of women who’ve actually never met.

Again, I cried. More love, loss and betrayal in this one. Your heart will ache at what they went through.

Also a few continuity errors, such as the granddaughter being named Lizzie after her aunt. Her aunt was Diana who died as a teenager. The granddaughter’s full name was Ruth Elizabeth Quinlan.

There was also the line about a woman being called a “chunky brunette.” Hell, even I wouldn’t use that term, and as a larger woman I found it rude.

Other than that, the book dragged out too long, the female lead was a touch too pathetic for my liking and you could figure stuff out along the way. It really just goes to show one really does not know another as well as you thought. 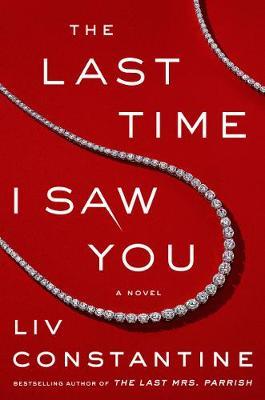 Dr Kate English has it all. Not only is she heiress to a large fortune, she has a gorgeous husband and daughter, a high-flying career and a beautiful mansion anyone would be jealous of.

But all that is about to change. One night, Kate’s mother is found dead, murdered in her own home. And then Kate receives a message: You think you’re sad now, just wait…

Evidently, all is not as it seems in Baltimore high society, and as scandals, infidelities and betrayals are exposed, tensions rise to boiling point. The murderer could be anyone – friend, neighbour, lover, relative. And Kate is next on their list…

It’s an interesting premise, that makes you think it’s a murder mystery, but it’s more like a psychological mystery.

After some of the other books I’ve read in the last year or so, I’m really over psychological thrillers where the female goes off her rocker only for it to be found out that she’s being gas-lighted. These women need to get the fuck off their drugs and alcohol and get a fucking grip. It really reminded me of The Woman in the Window (and I didn’t really like that either), where she’s supposedly sending texts and emails to herself.

I didn’t understand why you’d dress the little girl up and then send her off for a bath before dinner just to get her out of the way. That was stupid.

The end was a little confusing and you had to figure it out what happened to Blaire for yourself.

There were some spelling mistakes for a trad pub book, tsk, tsk.

What books have you guys read lately?