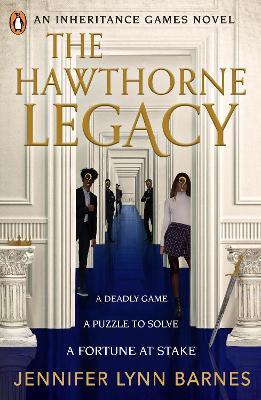 A DEADLY GAME. A PUZZLE TO SOLVE. A FORTUNE AT STAKE.

One step forward: Avery thought that solving the riddle left by billionaire Tobias Hawthorne would reveal why he left her – a complete stranger – his entire fortune.

Two steps back: But as the cryptic clues tale an unexpected twist and the handsome and enigmatic Hawthorne grandsons continue to pull her in different directions, Avery can’t help but wonder who she can really trust and who is just looking out for themselves.

What happens when the truth just hides more secrets?

Soon Avery realizes this game is no longer just about money and power. Now she’s playing for her life.

– This book was better than the previous, although we were expected to know all the characters, and to have kept up with their stories.

– Avery was smarter and stronger, but still way overly smitten by two of the Hawthorne boys. Two of their backstories were found out, their mother tried, once again, to destroy Avery; her father was not her father was actually her father. That was a mess. The whole Tobias Hawthorne story was a mess, but his reason was understandable, and Avery’s lawyer still acted weirdly. And don’t get me started on her protection detail who came off even more useless than her lawyers. And he’d had an affair with one of the Hawthorne girls years before.

– I swear to god, if I had a lawyer that didn’t seem to protect me and just my assets, they’d be fired, and the writing sounded as if it was headed in that direction. Avery became emancipated purely so her bio dad didn’t get a hold of anything. Which was fine, but it made Avery realise that she could do a lot more, like maybe sack her lawyers.

– The only thing I’m left wondering is who the fathers of the other two boys are, although their stories wouldn’t really make for an interesting storyline on its own. Just my opinion, apparently there’s a third book coming.

– These two Hawthorne books are quite complicated with way too many people, way too many red herrings, catastrophes, tragedies, dead people who aren’t dead, arseholes who want to ruin Avery’s life instead of just accepting it, and shit going on. So if you can keep up, I recommend them. 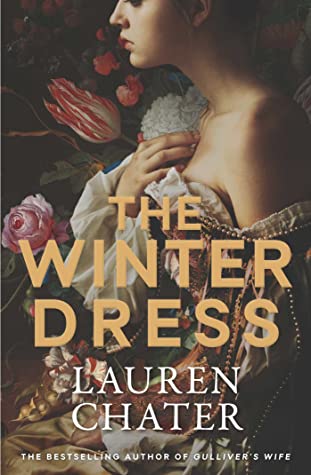 This book was based off a true event of an old dress being found in a trunk after it washed off an old wreck after a storm in Holland. Apparently the items found will be on display this year.

Jo Baaker, a textiles historian and Dutch ex-pat is drawn back to the island where she was born to investigate the provenance of a 17th century silk dress. Retrieved by local divers from a sunken shipwreck, the dress offers tantalising clues about the way people lived and died during Holland’s famous Golden Age.

Jo’s research leads her to Anna Tesseltje, a poor Amsterdam laundress turned ladies’ companion who served the enigmatic artist Catharina van Shurman. The two women were said to share a powerful bond, so why did Anna abandon Catharina at the height of her misfortune?

Jo is convinced the truth lies hidden between the folds of this extraordinary dress. But as she delves deeper into Anna’s history, troubling details about her own past begin to emerge.

On the small Dutch island of Texel where fortunes are lost and secrets lie buried for centuries, Jo will finally discover the truth about herself and the woman who wore the Winter Dress.

– I really liked this story. I was drawn into the world of Anna and what was of her life and how it came to change. But things seemed a little strange. 1651 seemed very modern in this book, and I had a hard time remembering it was so long ago.

– The only issue I had with the story was the timeline at the end. In 1653 her daughter was three, but at the beginning of the book, barely two years before 1651, she wasn’t pregnant, so for the author or the editors to miss this, was a major issue. Timelines are important.

– Also, the cover has gold foil and is gorgeous, and is also by the cover designer I asked to do my current novel. But she was so busy she couldn’t fit me in. 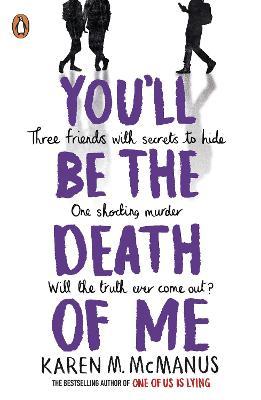 Ivy, Mateo, and Cal used to be close. Now all they have in common is Carlton High and the beginning of a very bad day. Type A Ivy lost a student council election to the class clown, and now she has to face the school, humiliated. Heartthrob Mateo is burned out from working two jobs since his family’s business failed. And outsider Cal just got stood up . . . again.

So when the three unexpectedly run into each other, they decide to avoid their problems by ditching. Just the three of them, like old times. Except they’ve barely left the parking lot before they run out of things to say. . .

. . . until they spot another Carlton High student skipping school–and follow him to the scene of his own murder. In one chance move, their day turns from dull to deadly. And it’s about to get worse. It turns out Ivy, Mateo, and Cal still have some things in common…like a connection to the dead kid. And they’re all hiding something.

Could it be that their chance reconnection wasn’t by chance after all?

– It’s been quoted as “It’s Ferris Bueller’s Day Off with murder when three old friends relive an epic ditch day, and it goes horribly–and fatally–wrong.”

– I find most of Karen’s stand-alones, or firsts, are the better ones.

– One of Us is Lying and Two Can Keep a Secret were fantastic, this was close behind. The Cousins, not so much. Neither was the follow up to Lying, One Of Us Is Next. It’s almost as if she comes out of the gate and bolts around the track for her firsts, but then slows down and canters for the second. Having said that, I can’t wait for the next standalone, Nothing More To Tell, and the third book in the One of us trilogy. 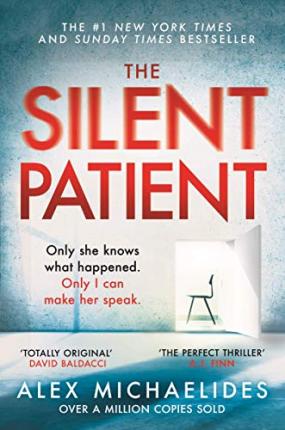 Alicia Berenson lived a seemingly perfect life until one day six years ago.

When she shot her husband in the head five times.

Since then she hasn’t spoken a single word.

It’s time to find out why.

– The blurb made this sound incredibly interesting.

– For the most part, it’s well written and kept me reading to the end. There are a few issues with moments where you’re not sure if it’s current day or in the past, which is why the ending is a little hard to comprehend.

– Each storyline weaves itself around the other, combining to become one. I can’t remember why she was kept in the sanatorium for so long, I don’t even think it was mentioned. Just that she kept fighting people when off her meds.

– The ending surprised me, how the story came to be because the author keeps you guessing.