Here are four books that I absolutely loved and highly recommend. 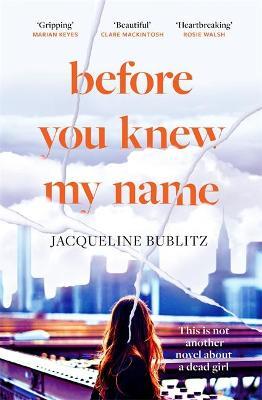 Before You Knew My Name by Jacqueline Bublitz

The blurb made me want to read this book and I’m giving it 8/10 out of the gate. It held my attention, made me angry, made me cry, and had death and a drunken woman who’d rather drink her cheating with a man who’s engaged away instead of being an adult and dealing with them. Hence the two points lost.

It held my attention, kept me guessing, kept on going and didn’t sag like many books do. I highly recommend this murder mystery and get some tissues before you do. 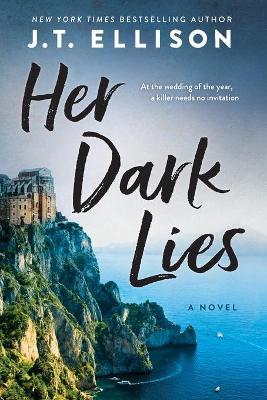 Her Dark Lies by JT Ellison.

Dumb by nature or dumb by design, the ambivalence of the female lead in this book annoyed me. The utter lack of emotion shown by her, with everything going on, was annoying. She rarely showed shock, fear, horror for what was going on. I wanted her to be emotionally stronger, not willing to brush everything off, not willing to not care about murder and mayhem in the family. I’m also surprised at how she was just so willing to do what was needed, even murder, to save the man she loved. Accepted the lies, the truths, the past. All without complaint. Which seemed weird and out of kilter for someone being stalked. But then that’s probably part of the story.

There are multiple story lines to keep you guessing, twists and turns, and yes, sadness at one who dies.

I’d call this a psychological murder mystery thriller, but the title doesn’t feel right for it. It kept me reading until the last page, even though chapter 66 felt disjointed and I didn’t really get it or how it fit into the actual story.

Regardless of all of that, I gave 8/10. I really wanted to give it 9/10, and it was even gearing towards a 10/10 because it’s written in a way that made me need to keep reading despite the crap I hate, but the two issues that turn me off books most, stupid women and death, dropped the points. 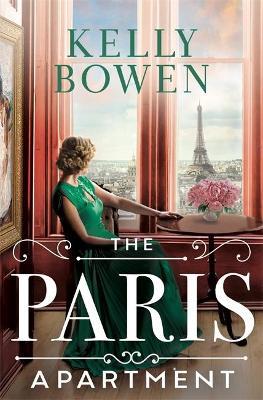 The Paris Apartment by Kelly Bowen

I cried. People died. I hate war, especially what that cunt Hitler and his Cunty McCunt faces did, and I hate death.

I give this book an 8/10 because it flowed beautifully even though there were so many story lines I wish had been completed.

I was thinking through the book that Estelle took Aviva with her, but she didn’t. And she never found her again, which, on one hand made her not seem to care because Aviva’s aunt Rachael was Estelle’s best friend, and Rachael told Estelle to protect and save her daughter. So she sends her off with strangers to spend months crossing the border into Switzerland where she was finally adopted and didn’t speak for nearly two years.

I wanted to know if Estelle found Jerome, and who she married to have a child with as her granddaughter inherited the Paris apartment after her death. An apartment she walked away from in 1943 and never went back to. The family didn’t even know she had it.

I also wanted the woman from across the hall to get her comeuppance as a Nazi sympathiser and all round bitch.

Oi, so much left unwritten, unfinished, and I wish the story lines could have gone the way I wanted them too, but as an author I know things are the way they are, but it’s sad and it sucks, even when characters die because they shouldn’t, even though it reflects real life war time in the 1940s and millions of people died thanks to Cunty McCunt face Hitler, and fuck that sucks even harder. And now I’m crying again as I add this bit to my review a day later because death sucks in general and it’s worse because of fucking wars. Damn, I shouldn’t read books that are based in war time because all I do is cry. 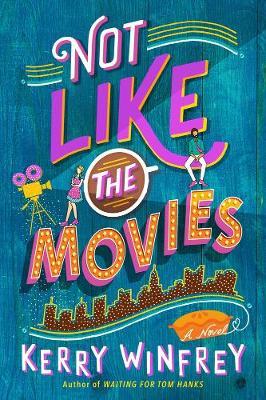 Not Like The Movies by Kerry Winfrey. (I found this book via Tracy at Tote Trove way back in 2020)

I have to give this 8/10 purely for the comic genius of these characters. I laughed, I cried, I saw my life in a paralleled version. It was hilarious, in some parts more than others, such as the lounge pants made of kittens.

I saw myself in the female lead of Chloe. Stuff blurts out of my mouth too, I’m dealing with a parent by myself, even though I have siblings. I have no life, no career; just slog away trying to keep it all together. Only difference is there’s no hot bearded guy in my life. Unless Jason Sudeikis comes along…

The downside, life isn’t like movies, rom-coms especially, nor like books. Many of us want happy endings but we all don’t get them.

Issues – sometimes you didn’t know who was talking because of the disjointed paragraphs, but you got the general gist.