So these are five books that I read, some because they were read by peeps I follow, others because I wanted to see how they were written, that while were okay, they were just average. 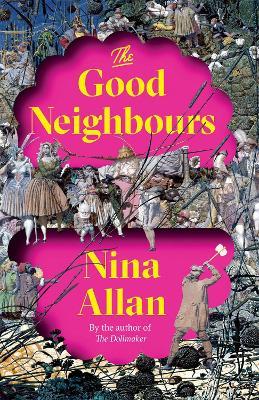 It’s an interesting concept, using fairies in a murder mystery. Madness as well. But then authors are always looking for new twists and turns for their stories.

It’s sad, death is, but the B story was a real “what the fuck” storyline. The husband came off as controlling, the wife seemed submissive, as if her breakdown was a mental issue, when I got the feeling it was caused by the lack of control she had over her own life. She had no friends, had quit her job, by choice, supposedly, but the husband and her parents seemed like control freaks.

I also didn’t get some of the reactions those people went through. Cath was walking into the house where her best friend’s family were murdered and she barely showed any emotion.

And I would have loved for Cath to get it together long enough to question why that doll house was made the way it was, and whether it was because the house was too. Nancy Drew would have hit that shit the moment she studied the dollhouse.

I also want to know where that staircase went, and why the book is called Good Neighbours when it makes no sense to call it that.

I gave the book 5/10 as the B story was an absolute let down, and so was the female lead with a lack of emotion over her best friend being shot to death, and her screwing a married man. No thanks. 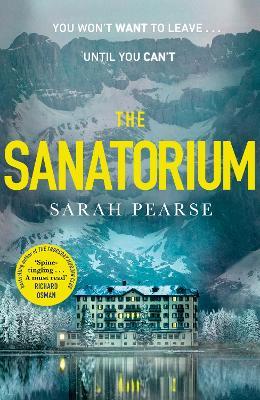 The Sanatorium by Sarah Pearse. SPOILERS!

Richard Osman was quoted on the front cover, calling this book “a spine-tingling must read”.

It wasn’t! But it kept my interest long enough to find out who the killer was, only for the last few pages to leave it wide open for another book, and no resolutions as to who was watching them on the train home.

It’s a very long, convoluted way of getting back at your brother, and his best friend who raped you, and blaming others, and then killing them, for not helping you seek your revenge. 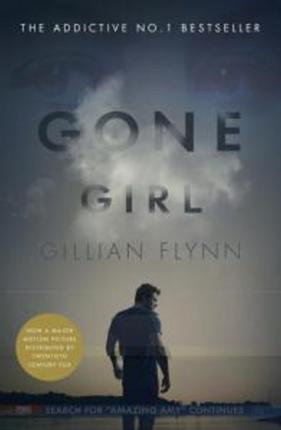 From the first page I felt it was overwritten in the sense of too much description in each sentence that suffocates me. At the end of page one I wanted to stop, but figured I would give it a bit longer and that I’d be done by page fifty. It soon eased off and the writing evened out.

Was it a great story? No. The psycho woman trope has been done before. Hell, I’ll be writing a book this year that has a bit of a female psycho in it as well, but then again, I’ll be writing two with male psychos which is why I read this book, to see how she wrote it to make it such a bestseller in the hope of soaking in some of the magic that made it so.

I have seen most of the movie and was repulsed by the character. You could tell she was a bat shit short of a froot loop packet but that’s the point of the story. And Doogie Howser… Yikes…

Was it told well…?

Well…I don’t think it was fantastic, and there were some parts that were glossed over, but maybe that was the point. To not give them in such showing detail and she told them instead. She also did well purely because of her past jobs writing for magazines. And, of course, her editors would have helped a lot, as they do. How this was made into a movie, I don’t know. I’ve read so many books lately that I could reel off a few that would make a great movie.

But this book is what it is. Can I write that well? Probably not, but I haven’t done any writing or English classes and don’t have an BA in them. I wish I did, let me tell you, I’d have a better chance of writing better books.

I checked Gillian out, and she’s only written three novels, a novella, and is co-writing some screenplays. Looks like she stopped at GG. Unless she’s written more since I searched online. 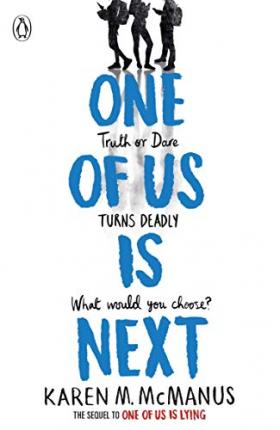 One of Us is Next by Karen M McManus

A follow up to One Of Us Is Lying, which I loved and made me want to buy, this book didn’t come close. I don’t want to buy it, I didn’t care about the characters, although I wish she’d finished off the concussion story with Knox just to see what happened with him and Sean, and the last couple of pages. Yikes.

While the first in the series was very different and fresh and new, this was not up to par, but I think the first book is always better because it’s essentially info dump and story set up. Any book that continues seems to come off weaker.

I give this book 6/10 and apparently the final book in the series is out this year. God help us with how that one’s going to go. 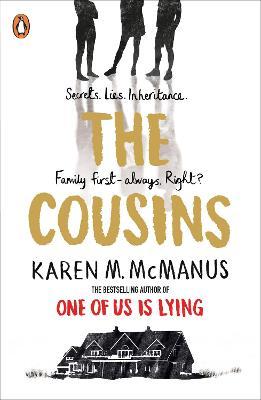 The Cousins, by Karen M McManus

Now this was better than One Of Us Is Next. A new story, it’s about three cousins who have barely spoken to each other who are brought together to see their grandmother. There seemed to be some things that were not wrapped up and some of the end didn’t make sense to me. Why would they burn down the house? Why did they stop insuring the house and contents? There were secrets you could guess at, and I just wanted to shake Archer and tell him to grow the fuck up and be an adult for once. Hell, the 17 year old grandkids were more adult than the adults. And as for Adam, blech, no thanks, dude, get the fuck over yourself.

The four Story siblings needed a kick up the arse to grow up.