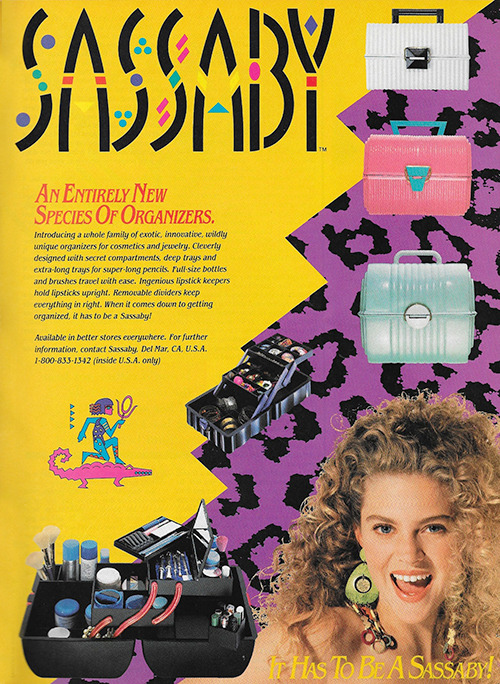 Apparently the Caboodle and Sassaby were created by the same woman, Leonie Mateer. She had the idea for Caboodles and went in search of a molding company. Plano was the second one she asked and they hired her and took on the idea. They sold 2 million within two years. After a few years she left, without owning her idea, and went on to make Sassabys for another company.

So, here are my Sassabys.

First, on the top, are the only two I owned. The purple pink one which I bought from an opshop for $5, I think, and the small travel green came from ebay for $21.71

Below those are the four I’ve bought.

Here’s a three tray called the Sassaby Deluxe Plus Cosmetics Organiser, missing some dividers and a tray, with pearl white accents, model #103. It cost me $88.46AUD. 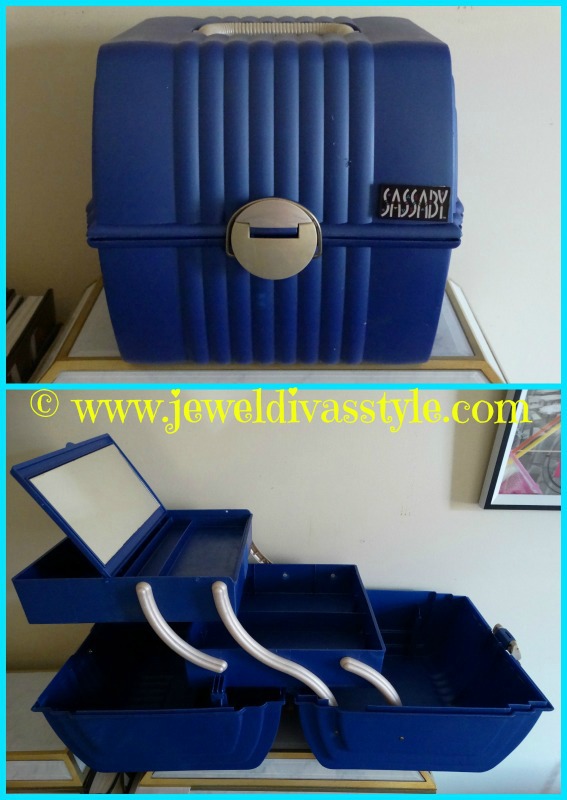 This one is a gorgeous, silver sparkle Sassaby Swivel Tray Cosmetic Organiser with black accents which cost me $103.97AUD. 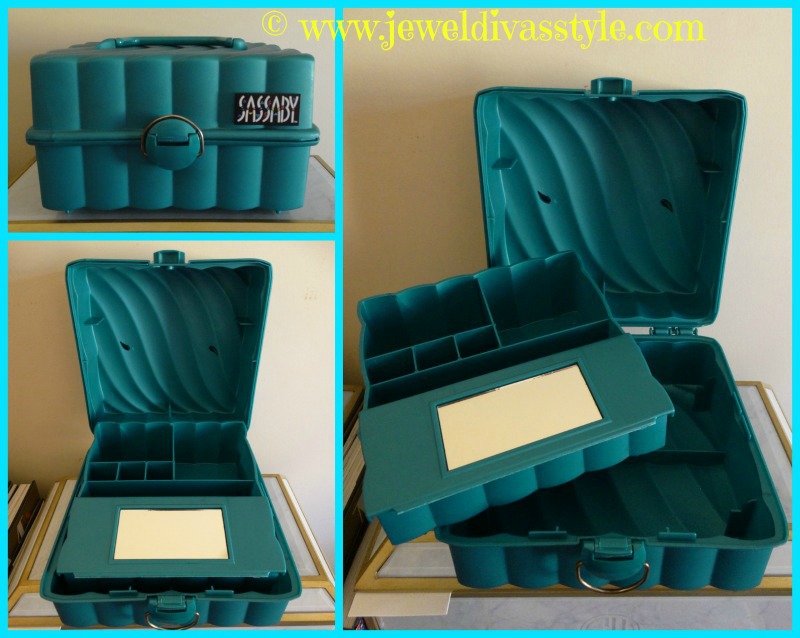 And I love this gorgeous pink square Sassaby with lift up mirror. I think it’s the Nail Care/Cosmetics Sassaby #108. It cost $90.69. 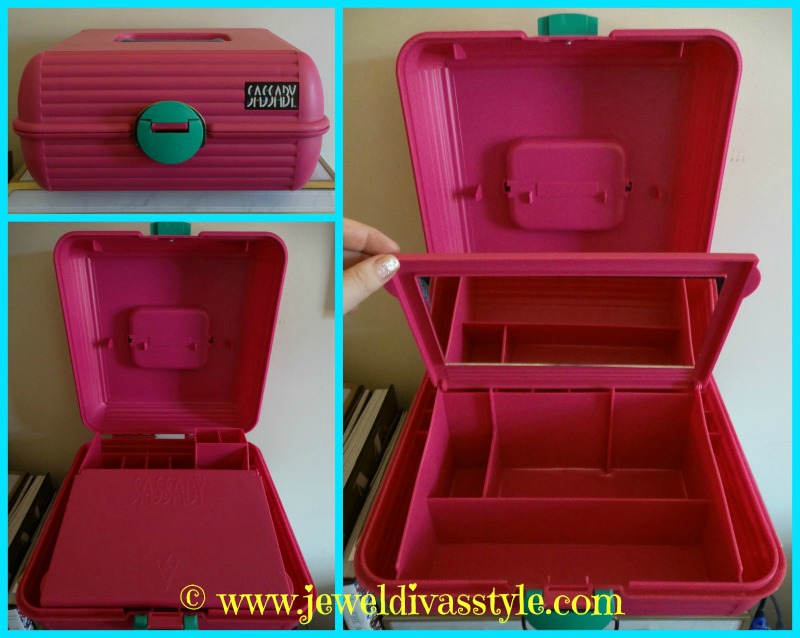 I’ve noticed that many of the Sassabys have some similar styles to the Caboodles, and that was probably Leonie’s way of keeping them on some equal footing, style wise. I don’t have her book yet, but I plan on getting it so I can read the full story.

There are a few more Sassabys that I’m after. Three rather large style fold outs and a couple of smaller travel containers.

So to end off this series of three posts, here is my collection the way I’ve reorganised them now.

On my desk I’ve styled these. The Designer series on the left are now for stationery, while the top two are empty. The Signature series are holding a couple of smaller caboodles to keep them out of the dust. 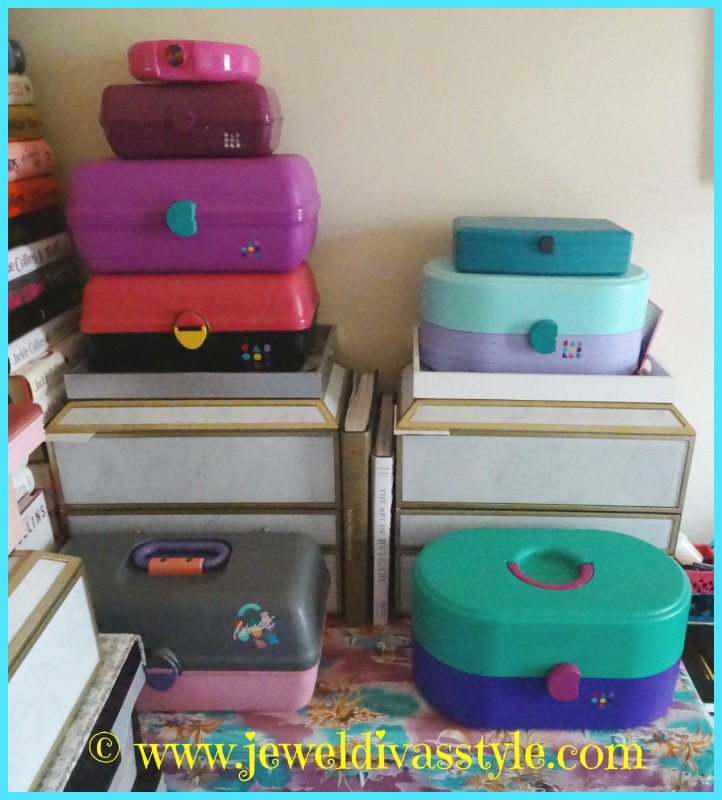 Here are most of them and the way I’ve currently styled them. I’ve stored the big Caboodles beside my bed as a bedside table, the Sassabys are just sitting there looking decorative. The black and white square Caboodle is under the desk, and the large pink grey Designer Caboodle is hiding on the desk behind the Sassabys. 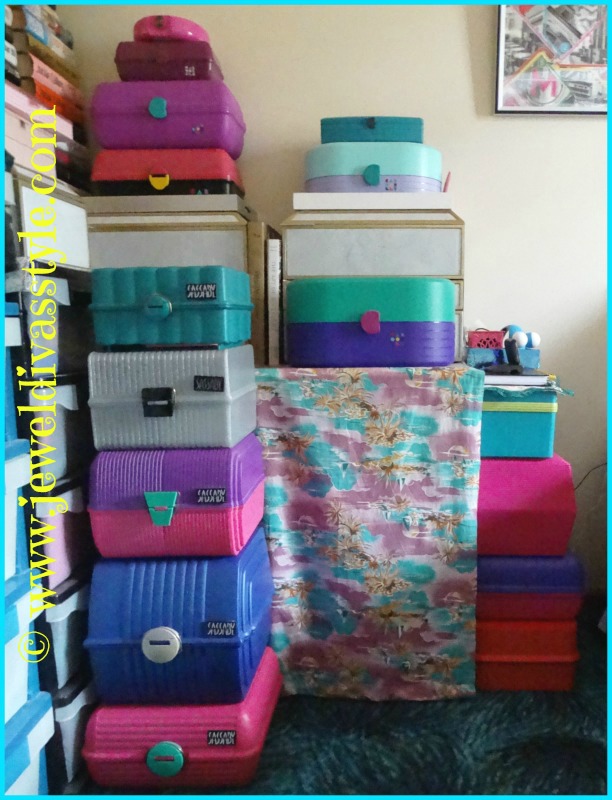 So there you have it. My collection to date of Caboodles and Sassabys. And most of those bought this very year!

What have you guys collected this year?