Over the last few years our side fence, which is over twenty years old (we’ve been here 20 years and it was here before us) has slowly deteriorated to the point it was no longer vertical. Since we live in a Housing Trust home we can’t do everything ourselves so in July of last year I finally rang up (after years of being told we could get it replaced) and said we need a new fence.

You can read about the saga here.

I waited seven weeks for someone to come and clear up the piles of sheet metal, made several phone calls, including to head office to file a complaint before anyone bothered coming to do anything. All they did was drag it all five feet to the right and pile it up. Shit, I could have done that myself if I knew they were never going to take it.

Because they didn’t bother putting the quote in when I first rang and because the next door neighbour owns his home and he had to pay half we didn’t end up getting the fence until January of this year. They didn’t finish it off by adding the fence topper that covers up the sharp edge, no, couldn’t be bothered adding that on. Here are some before and after pics. 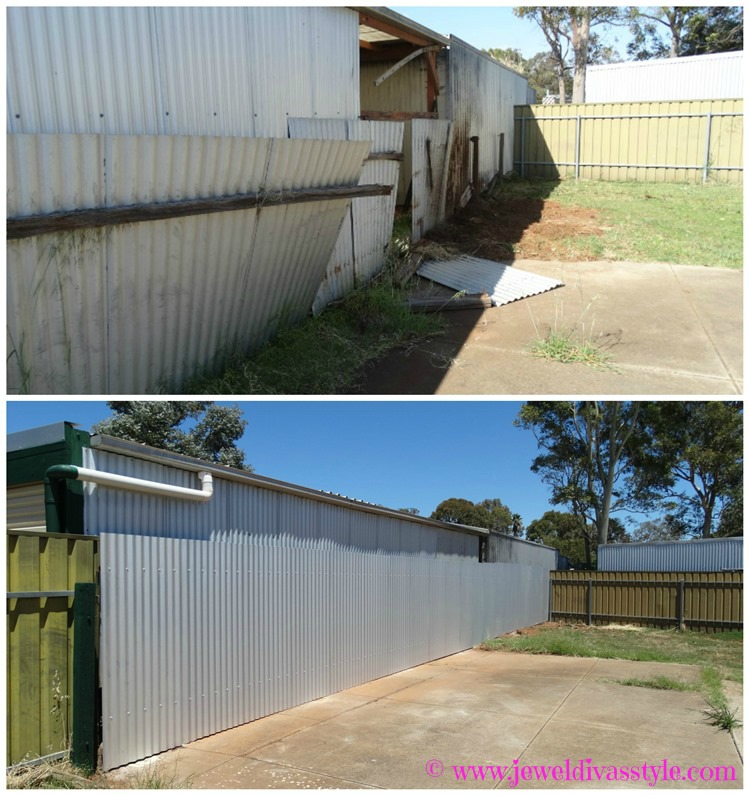 At least we have a fence now and a fairly good one at that. The neighbour took the old metal and filled up his hole with it and the rest got thrown out I suppose. 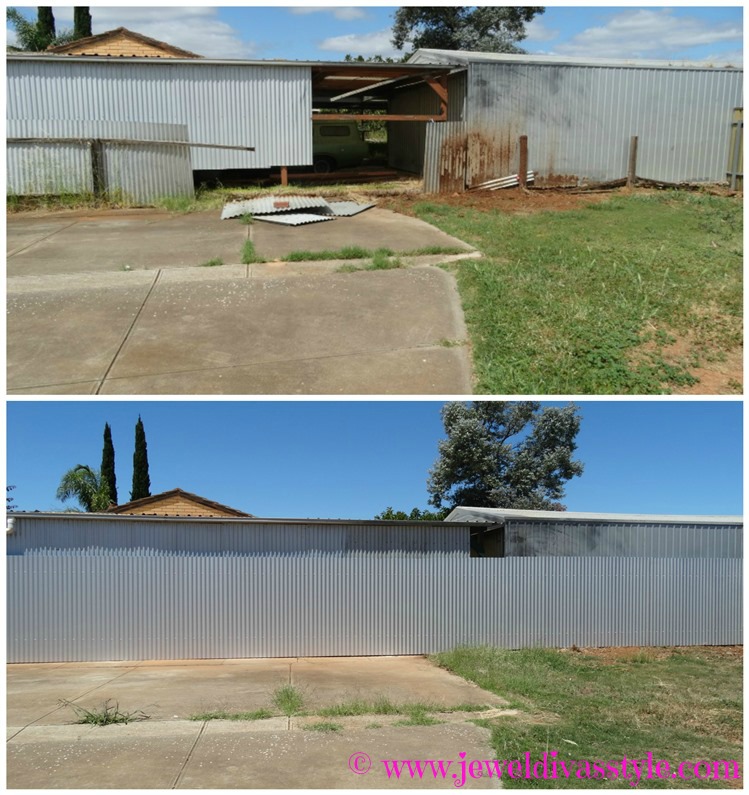 The Housing Trust are lazy bastards, they took three weeks to do our bathroom in April of last year and we went without showers for for about ten days. They still haven’t bothered to finish it and someone came around to check on it in February, TEN WHOLE MONTHS after it was completed. Even he was disgusted that they hadn’t finished, and even more disgusted when I told him the crap job they did.