Not a lot has happened, actually.

Besides fighting constant migraines and allergy issues January through March, and then April and May throwing up other issues such as the car needing repairs, the bathroom drain needing repairs, and trying to get other health issues fixed, it’s been a slow productive first half of the year.

I did finally get to write a novel, but that was a situation within itself.

I started writing one, got eight pages in and then thought, “if I want to release something in September, I can’t dilly-dally (yep, using this phrase shocked me, too) around trying to figure out how to write this book and it’s sequel. I need a stand-alone”. So I changed notebooks and started writing something else.

After spending weeks trying to hand write a novel, my brain decided it was time to stop hand writing everything and completely cut that step out of the equation, so I switched to typing it up and finally got it finished.

So I did manage to get ONE novel written, and I want to get it released, but there are a few others I’d like to do too.

Here’s an update on the bullet point list. Red is nowhere being done, which there’s a lot of, orange is in the process, green is done!

– 1.4 – Upload to Ingram and get proofs. Fix any issues or set up for release.

UPDATE: It was slow going at first, but I’ve written one novel so far. I’ve got my fingers crossed I’ll get started on the next come July and release this one come September. I need to get it edited and get the covers done, both of which will be happening in July.

UPDATE: I formatted all four print versions early in the year. I just need to get the covers done and will likely have an October release.

– 1.3 – Upload to Ingram and get proofs. Fix any issues or set up for release.

– 4 – Go direct to Google Play and close down Streetlib/Pubdrive.

UPDATE: As you can see, NONE of this has happened as mentioned above with health and other issues.

– 1 – Pick one to two days a month to schedule blog posts, take the school holidays off to get shit done.

– 4 – I might do another online writing course or two.

– 5 – Continue with the local writers group.

– 6 – Make over the website for Royal Star Publishing and maybe L.J. Diva.

UPDATE: More of these happened than anything else.

But I mean, seriously, Universe, why bother giving me ideas for novels, but not the time or good health to get them written?

As for those lists I showed off at the beginning of the year, which ends up being slightly different to the bullet point list, here is the first half and here is the key.

Red Strike – NOT DONE AT ALL 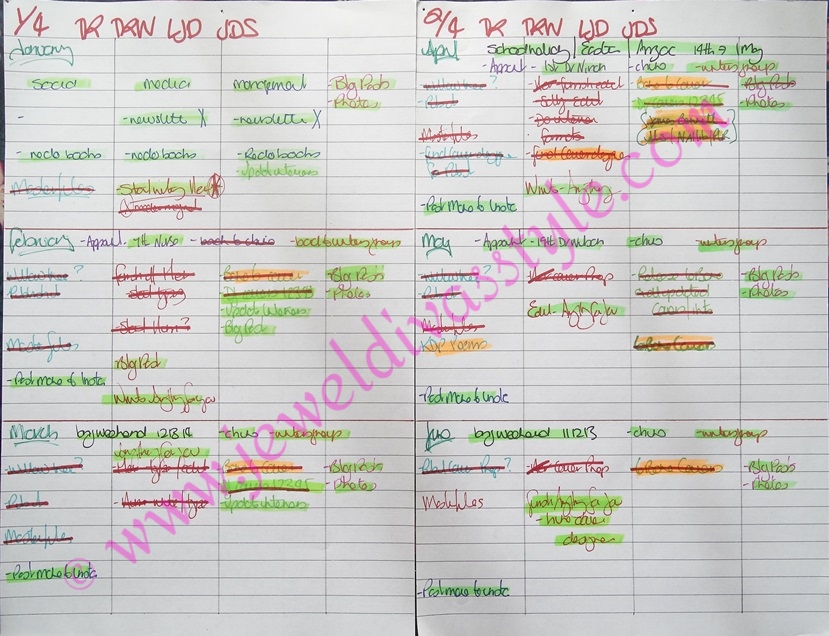