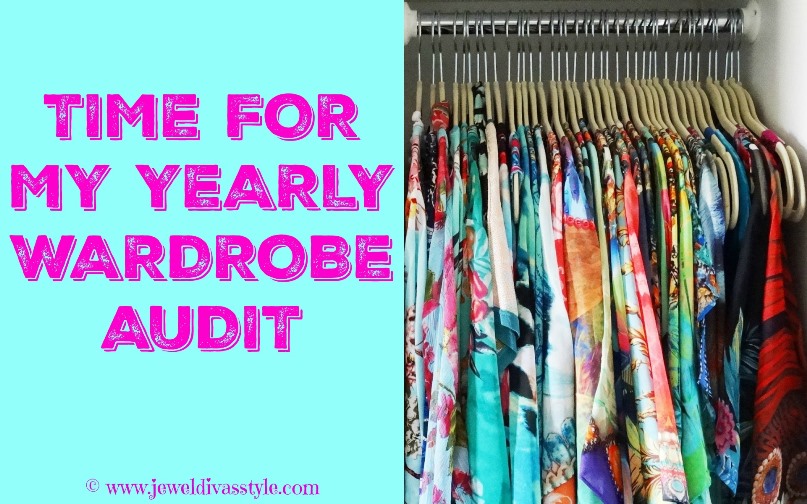 We know, that once the new year new plans posts are out of the way, I get stuck into the goodies I’ve bought over the xmas holiday period. And usually, I start off with the audit statistics.

I threw out or donated 18 items of clothing, and 4 accessories.

Which goes to show I bought more than I got rid of. But I have no problem with that.

And that all brings the yearly tally to 569 pieces of clothing, 471 pieces of accessories, and 2097 pieces of jewellery.

The jewellery amount will be a bit off for awhile. It probably has been since the xmas holiday period of 2018/19 when I overhauled A LOT of jewellery and combined different sets or shoved pieces into the craft boxes because I just didn’t like them anymore, or they had worn or discoloured. You can see the first post here.

I’ll be continuing that habit into the future as I buy less and less jewellery (I know SHOCK.HORROR!) trying to wear what I have, or remake what I have into something different. With the jewellery business closed, and there being multiple containers of jewellery, plus I overhauled my craft kits as well, there’s plenty to make new, or remake. You can see my Instagram post below. 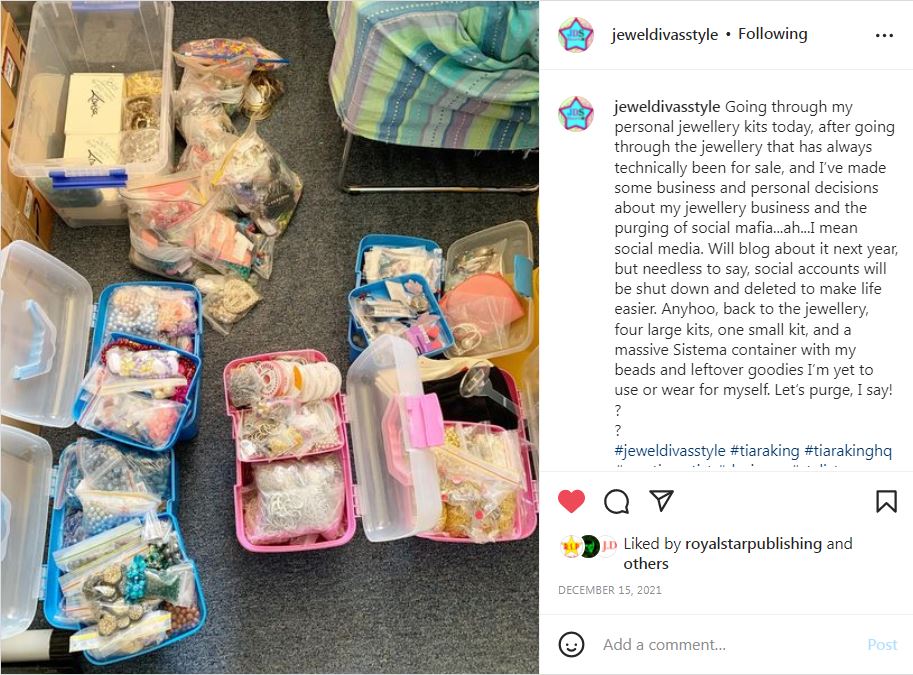 So here we go with the new clothing that was bought late last year and early this year.

I bought four articles from Millers online, and two in store. All on sale after xmas, all really damn cheap. 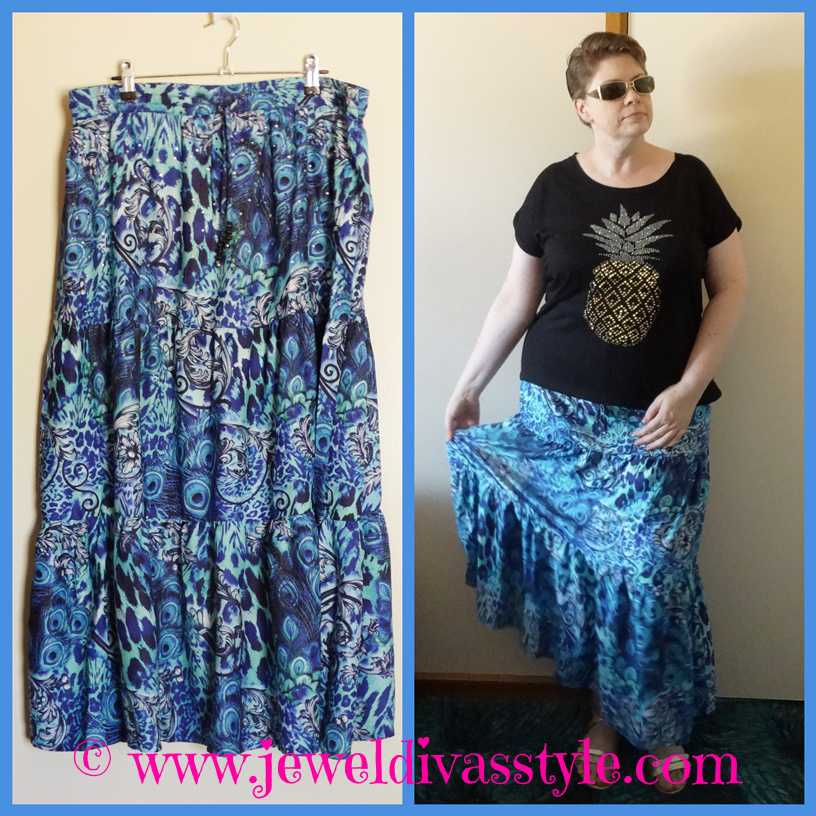 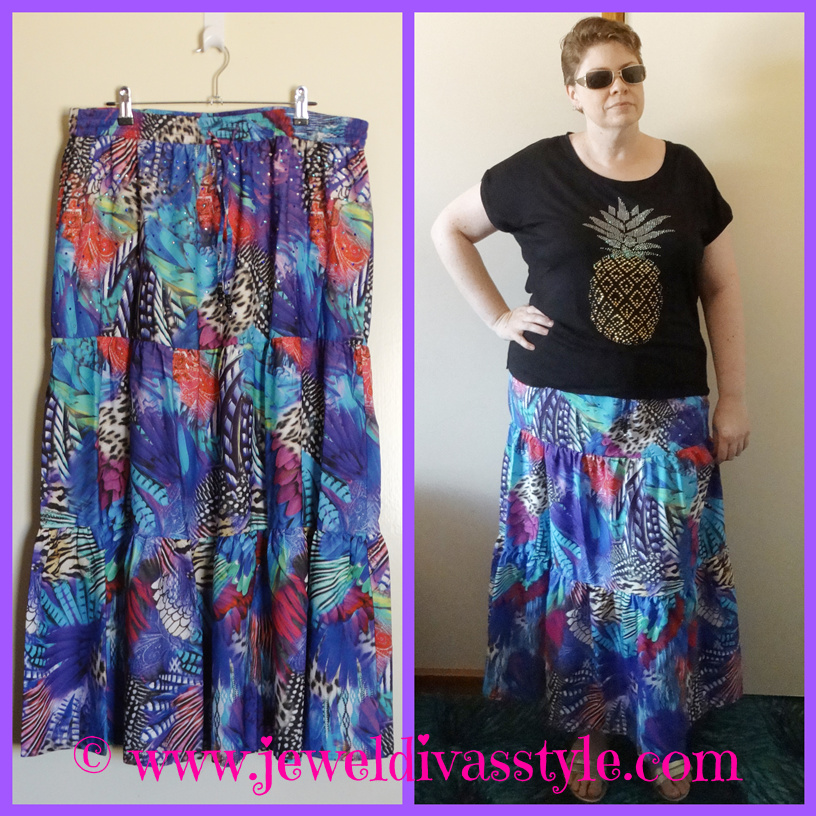 And shades of floral… I also bought a kaftan top from Czarina for $149 on sale late last year. Which, quite bizarrely, matches the skirt perfectly. 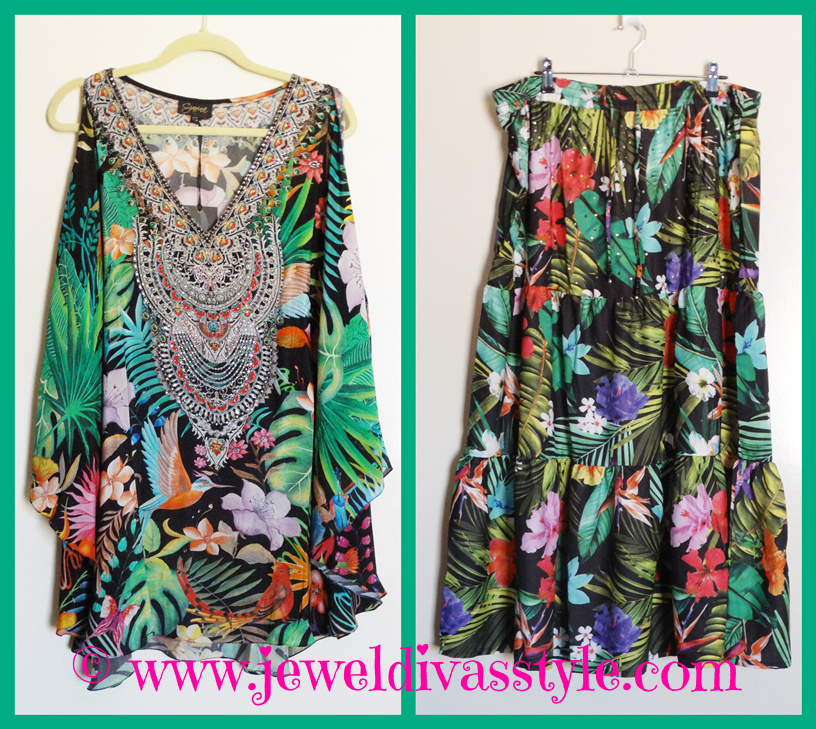 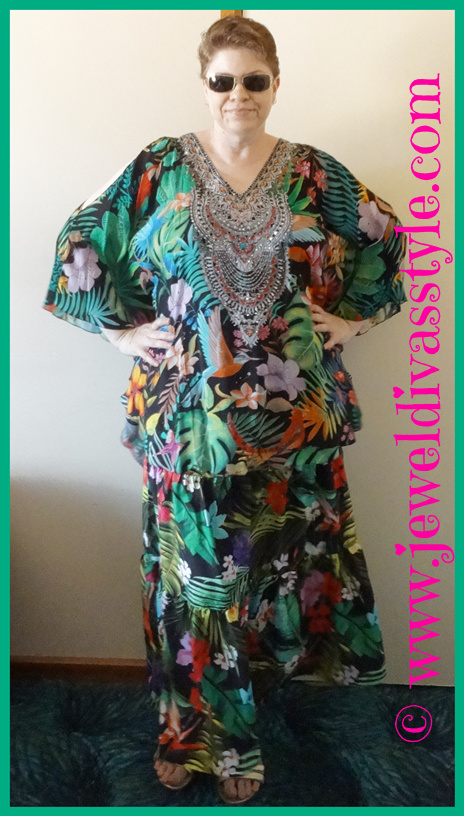 From Millers in store, I bought this glittery aqua top and matching cape for $29 each. 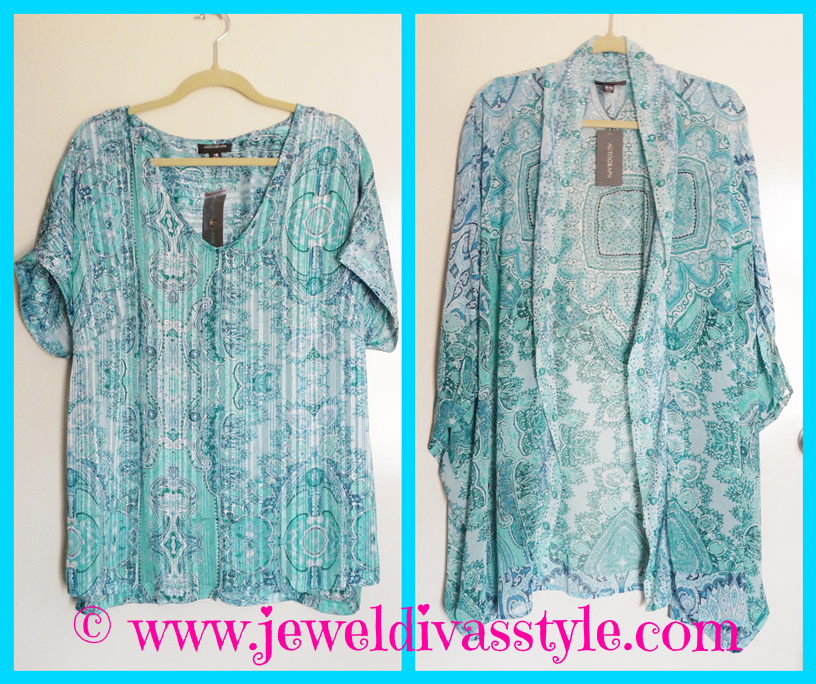 A little pale on me, on its own, but by the time I add colourful jewels, I won’t look like Casper the Ghost AFTER being sucked dry by Dracula. 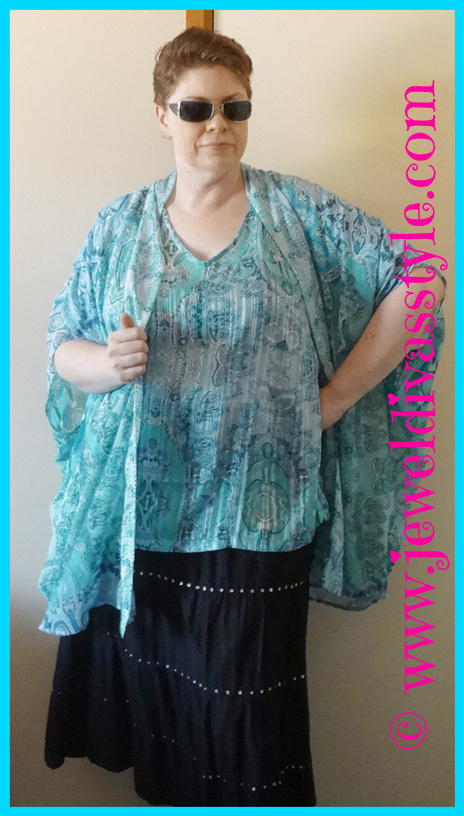 I also bought this cap/attached top piece purely for the cape. I’ve cut the top off so I can wear them separately. $20 from Millers. 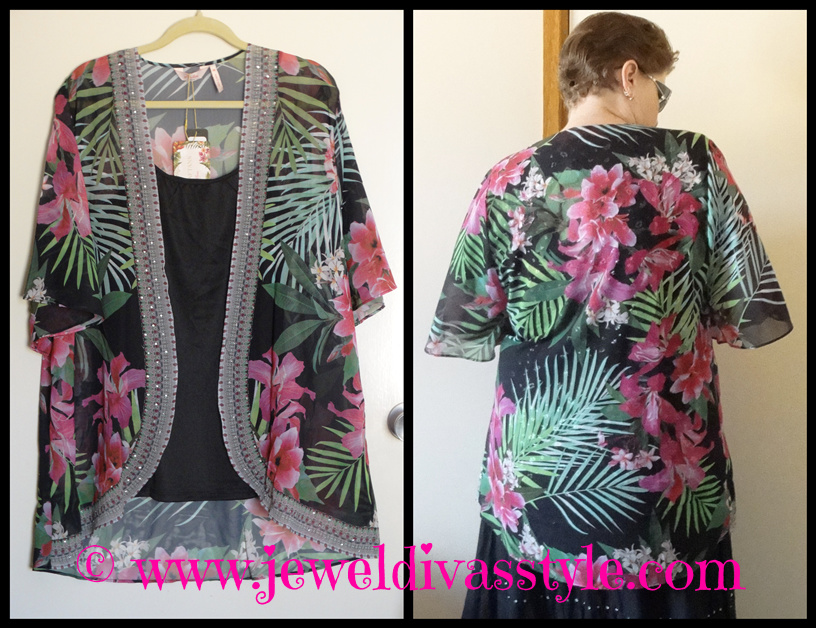 Also goes with this top my sister gave me for xmas. Silver spot foil. 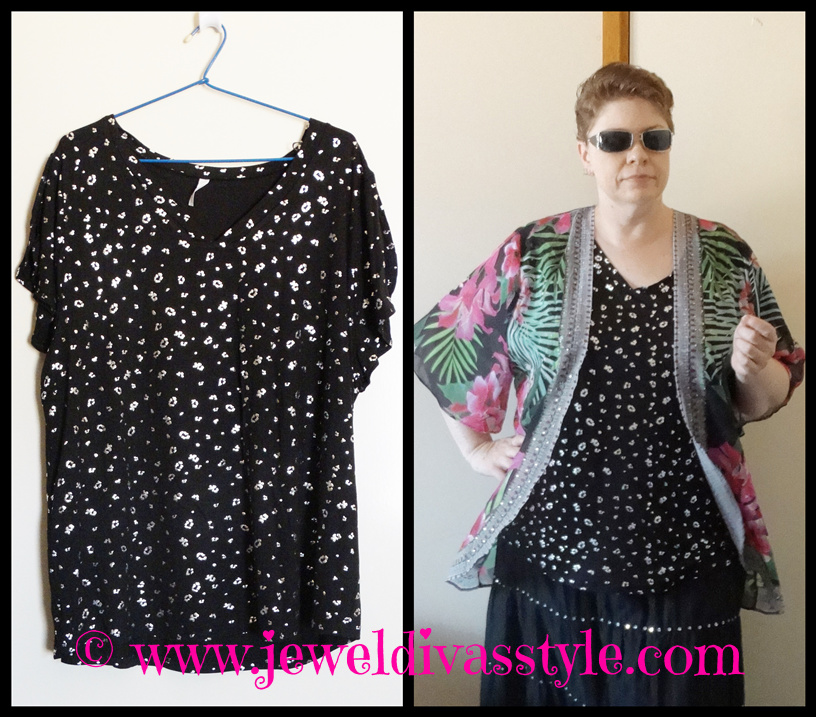 And there were some real bargains. This well-made grey blazer, and mushroom pink glittery top both came from an op shop that was closing down. For .50 cents each! Fucking seriously! Everything was going out for .50 cents, but I only found out when I was paying and rushing out the door. As it was, it was nearly time to shut and I couldn’t try anything on and it didn’t occur to me to go “oh, everything’s .50 cents”? I should have just grabbed everything else, but no time, and no thought. Bugger!

So that’s the clothing bargains for the holidays. Did you guys get over xmas?